Alex Wassabi, a renowned YouTuber, was born Alexander Burriss on March 28, 1990. Wassabi began his YouTube career by following his best buddy Roi Fabito’s channel, hoiitsroi, which was eventually renamed to Wassabi.
However, once Fabito departed to seek other opportunities in 2016, Alex became the sole proprietor of the Wassabi channel.

Wassabi derives its name from Fabito’s 2005 YouTube business Wassabi Productions. In 2006, the vlogger now known as Wassabi joined the YouTubers group that included Fabito’s buddies Robby and Matt.
However, Wassabi and Fabito’s greatest year was 2012, when the video for their spoof song ‘Call Me Maybe’ went viral. The crowd liked Fabito’s portrayal of the figure Ronaldo in the video. At the time of writing, the video has received 144 million views on YouTube. Wassabi and Fabito built a lucrative YouTube career by capitalizing on the fame of Carly Rae Jepsen’s original song.

Who Is Alex Wassabi Dating?

According to reports, the YouTuber is dating Lexy Panterra. Wassabi proposed to Panterra last year, asking her to be his girlfriend, and the twerk queen accepted. The pair is now cohabiting. Wassabi shared the news on Instagram on November 5, 2020, with a series of photos and a video. Wassabi’s girlfriend is a racing aficionado and former motorbike racer. Panterra was born Alexis Leila Afshar on May 22, 1989, in Sonoma County, California. She is of Iranian and Irish descent. 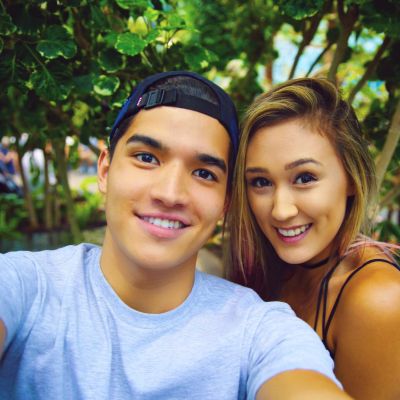 Panterra’s early career was impacted by her childhood and home, as her father, uncles, and three brothers encouraged her significant interest in racing. Panterra’s mother, on the other hand, pushed her to attend dance and acting courses on weekends. Panterra won a local beauty competition when she was just five years old. In addition, at the age of eight, she stunned everyone by competing in and winning a motorbike race.

She was enjoying a prosperous early career. Panterra, on the other hand, had to give up her racing career when her father was gravely wounded in a motocross accident. She was 11 when she retired. Panterra’s video of herself twerking became popular on social media in 2014. She claimed on the No Jumper Podcast that her video “just [crap] blew.” The presenter of the program briefly mentioned her OnlyFans account, and Panterra immediately categorized her as a sex worker. She also disclosed that she is the platform’s most subscribed user. She mentioned dating Wassabi halfway through the chat and described her relationship as “healthy and pleasant.” 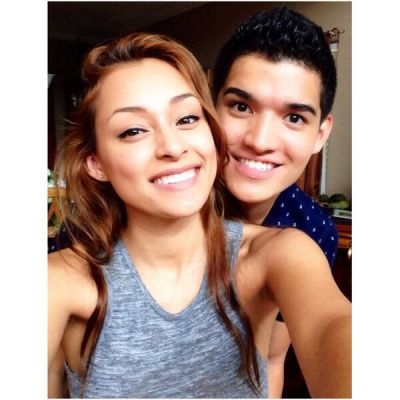 What Has Alex Wassabi Been Up To Lately?

Wassabi is hard at work creating and uploading YouTube videos for his 11.5 million followers. His girlfriend, Panterra, is often seen joining him in the films. It seems that the former parody music video creator has shifted gears since he has lately released clickbait videos. In one of his films, titled ‘Taste Testing her Pregnancy Cravings!,’ he can be heard chatting to his partner about the foods that pregnant women desire the most. The pair soon clarified that they were not expecting a kid since Panterra was not pregnant, making fools of people who saw the video and assumed differently.

Passengers on a Delta flight to Minnesota claimed the airline offered them $10,000 to vacate their seats, a Thursday report...

Casa Amor is officially back as the girls snuck off to the second villa during Friday night’s episode. After getting...
- Advertisement -