Who is Ashleigh Cummings?

Ashleigh Cummings was born on the 11th November 1992 in Jeddah, Saudi Arabia, and is recognized for being an Australian actress who starred in the role of Robyn Mathers in the film “Tomorrow, When The War Began” (2010), played Dorothy Williams in the TV series “Miss Fisher’s Murder Mysteries” (2012-2015), and as Vicki Maloney in the film “Hounds Of Love” (2016).

Ashleigh spent one part of her childhood in Saudi Arabia until 2004, when she moved with her family to Australia. She started training ballet when she was only two years old, and at the age of 14 enrolled in the Brent Street School of Performing Arts to study acting and dance. She went to Wenona School in North Sydney, and then graduated from the Screenwise Film & TV School for Actors in Sydney NSW Australia. She also completed the NIDA Voice Workshop as well as an AIPA (The Australian Institute for Performing Arts) Workshop. Moreover, she became a student of Philosophy at the University.

Speaking about Ashleigh’s career, it began when she guest-starred as a dancer in the 2007 film “Razzle Dazzle: A Journey Into Dance”, directed by Darren Ashton. In the next year, she landed the role of Ally Sheppard in the film “Green Fire Envy”, which was followed by her portrayal of Sal in the TV film “Dream Life”. Then she was selected to appear in the guest role of Ali Edmonds in several episodes of the TV series “Home And Away” (2009). 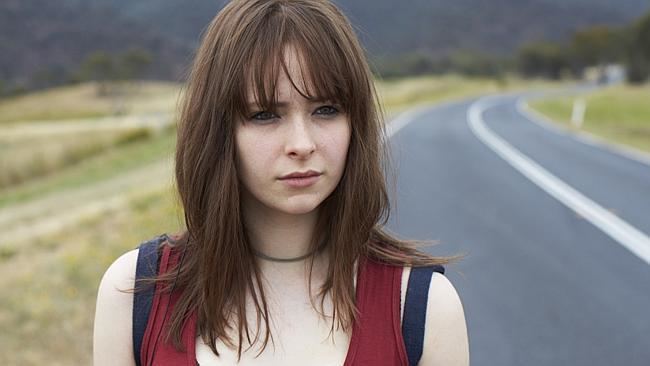 Afterwards came her breakthrough role of Robyn Mathers in the 2010 film “Tomorrow, When The War Began”, which earned her an Australian Film Institute Award nomination in the category of Best Young Actor in the same year. Afterwards, she guest-starred in such TV titles as “Rescue Special Ops”, “Underbelly” and “Dance Academy”, until she was chosen to portray Debbie Vickers in the TV series “Puberty Blues” (2012-2014), based on the novel of the same name, and Dorothy ‘Dot’ Williams in another TV series entitled “Miss Fisher’s Murder Mysteries”, which lasted from 2012 to 2015 on the ABC1 channel, both of which earned her a Logie Award nomination in the category for Most Popular Actress in 2013. During the same time, she featured as Billie in the 2013 film “Galore”, directed by Rhys Graham.

To speak further about her acting career, Ashleigh also landed the role of Celia Houghton in the TV mini-series “Gallipoli” in 2015, which was followed by her portrayal of Vicki Maloney in the 2016 film “Hound Of Love”, winning the Best Actress (Venice Days) award at the 73rd Venice International Film Festival in the same year.

Thanks to her accomplishments as an actress, Australians in Film awarded Ashleigh with a Heath Ledger Scholarship to study at the Stella Adler Studio of Acting and the Ivana Chubbuck Studio in Los Angeles, California.

Most recently, she starred in the role of Keira in Matt Murphy’s film “Pork Pie” and guest-starred in several episodes as Cheryl Miller in the TV series “Westside”, both in 2017. It is also announced that she will be featured as Pippa in the film “The Goldfinch” in 2019.

Her career started in 2007, and since then, she has been an active member of the entertainment industry, primarily known as an actress, and through which she has accumulated her wealth. So, if you ever wondered how rich Ashleigh Cummings is, it has been estimated from authoritative sources that the total size of her net worth is over $5 million.

When it comes to speak about her personal life, Ashleigh Cummings is in a relationship with Aaron Jakubenko, who is also known as an actor. She frequently posts pictures with him on her Instagram profile.

Nadeska Alexis Wiki Bio Nadeska Alexis was born in Grenada, a small country in the Caribbean, on 15 August 1986,...
- Advertisement -

Pete Doherty took to the stage at Castlefield Bowl in Manchester to perform a special open-air show with the Libertines on...

Prince Harry has spoken about how he see's his mother's 'legacy' in Lilibet and Archie every day. The Duke of Sussex,...

All Truth Of Bill Belichick’s Ex-Wife