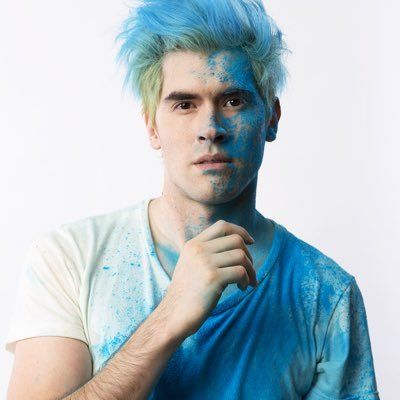 German Garmendia was born in Copiapo, Chile, on April 25, 1990. His full name is German Alejandro Garmendia Aranis. He is 30 years old and was born under the sign of Taurus. He is of Chilean origin.

German’s mother is Cecilia del Carmen Aranis Mancilla, and his father is Germán Luis Garmendia Macas. He, too, has an older brother named Diego Garmendia. Unfortunately, he lost his father in a car accident on Christmas Day when he was three years old. To support the family, his mother had to work multiple jobs. As a result, they relocated frequently during his childhood. They eventually settled in the coastal town of Los Vilos. He spent the majority of his childhood there.

For his educational background and qualification, he attended El Chanar Basic School. Later, in 2004, he graduated from Escuela Técnico Profesional (ETP). After becoming a fan of actors Jim Carrey and Adam Sandler, he moved to Los Angeles, California, at the age of 23, to pursue a career in acting.

Height and weight of German Garmendia

His other body measurements, such as chest, waist, hip, and any other sizes, are not known. Similarly, he has a slim build and an attractive face. He also has dark brown eyes and black hair.

German Garmendia has loved making people laugh since he was a child. And his true love was music. He used to play various instruments and formed the band “Zudex” with his older brother when he was 13 years old. He began making music with his brother and friends after graduating. They began uploading their music to the YouTube channel “Zudex” in August 2006.

On a dull day, German created a humorous video for his friends called “Obvious Things Of Life.” After being encouraged by a friend, he later uploaded it to his YouTube channel “HolaSoyGerman” on September 9, 2011. The video was then circulated among his friends’ friends. Within a short period of time, the video went viral on the internet. Similarly, he amassed 31 million subscribers to his primary channel and 17 million more to his secondary channel in less than seven years.

German’s channel had become the most subscribed Spanish-language channel by late 2012. The channel was the first to be among the top ten most subscribed to in early 2013. In the same year, his subscriber growth skyrocketed, and he was gaining over a million subscribers per month on average. As a result, he gained the third most subscribers in 2013, trailing only YouTube Spotlight and PewDiePie, the current most subscribed YouTuber.

Furthermore, as a result of Germany’s rapid channel growth, he was named MTV’s “Icon of the Year” in August 2014, and he won it again a year later. Although the HolaSoyGerman channel has been the fifth most subscribed to on YouTube since May 27, 2018, German is not active on this channel at all. Despite not uploading anything, the channel has over 140K monthly subscribers, which is unusual for most content creators.

Net Worth of German Garmendia

German Garmendia’s net worth is unknown. He has a net worth of $9 million in terms of earnings. YouTube is his primary source of income. In addition, he is a musician, comedian, singer, and writer. As a result, he also earns money from those sources.

German Garmendia estimated Net Worth, Salary, Income, Cars, Lifestyles & many more details have been updated below. Let’s check, How Rich is German Garmendia in 2020 -2021?

German is currently dating former MTV VJ Lenay Chantelle Olsen. She was previously known as Lenay Dunn, and she has her own YouTube channel called “Lele.” They both revealed their relationship to their fans in a YouTube video titled “Mi Novia” (Spanish for “My Girlfriend”), which was posted on the “JuegaGerman” channel. Similarly, in July 2017, the couple relocated to Los Angeles.

They both have a lot of cute pictures on their social media accounts. They are also popular among their fans. In addition, they share two cats named Lucy and Capito. They also have an unnamed ferret and had a Chihuahua named Mimi previously.

A renowned journalist, Astrid de Villaines’ age appears to be in her 30s. Find out more about her...
Crime

Who is Chas Bayfield?(I had a target on my back’: Men at ad agency JWT speak out after winning s*x discrimination case after gay...

Who is Stephen Harmon?(Hillsong member, 34, who tweeted ‘got 99 problems but a vax ain’t one’ dies after month-long battle with COVID-19 ) Wiki,...