Homer James Jigme Gere rose to fame being the son of the actors, Richard Gere and Carey Lowell. Gere’s dad is the winner of the ‘Golden Globe Award’ whereas his mom is popular for being present in several TV series and movies like, ‘Law & Order’, ‘Fierce Creatures’, ‘The Guardian’, ‘Six Degrees’, and ‘Licence to Kill’.

Homer Gere’s birthdate is 6th February 2000 and his birthplace is New York City, United States. His parents kept his name after his respective grandfathers. Likewise, the celebrity kid holds an American nationality and has been following the Christian religion. His zodiac sign is Aquarius and his age is 22 years old.

The name of his father is Richard Gere and his mother’s name is Carey Lowell. He even has two half-siblings whose names are Hannah Dunne and Alexander Gere. His half-brother, Alexander came into this world in February 2019.

It has also been found that he recently has got another baby brother too. As for his education, he at present must be in process of completing his higher-level studies. However, there is no exact information about it online. He joined his dad at the biggest children’s movie festival in Europe, ‘Giffoni Film Festival’ in the year 2014 at Giffoni Valle Piana, Italy.

Moreover, his father was respected with an award for his works of art at the same event. Richard’s son wore a casual outfit at the event and was pleased to walk the blue carpet with his well-known father. In the year 2017, he came into the headlines while he was spending holidays with his dad in Italy. Alejandra Silva was also present there with them and she was getting along well with her future stepson, Homer Gere.

Also, his dad happily got married to Alejandra Silva in the year 2018. In addition to this, the three of them were found together spending their lovely time together at a beach in Italy. The celebrity kid has also made other more public presences with his both parents while he was still a kid. 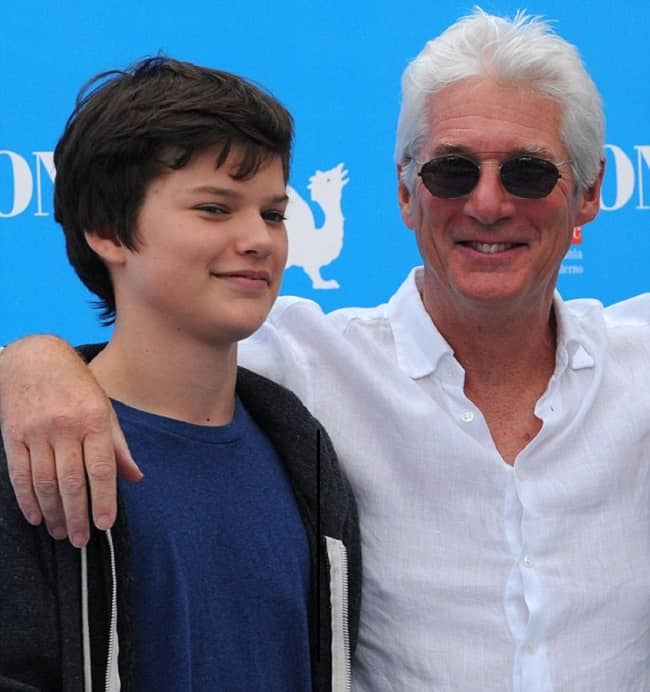 Homer began getting in the spotlight very soon after his birth as both his parents were already very famous. Both of his parents successfully reserved their respective spots in the entertainment industry.

At the time of his birth, his dad’s reputation had extended to an extreme height and his mom was famous as a model and actress. However, in September 2013, his parents parted ways. It took them 3 years to complete their divorce in the ‘Supreme Court of the State of New York’.

At the same time, the child was thrust into publicity as there was an argument over custodial parent rights. Carey Lowell wanted to reside with her son in Gere’s property worth $4.5 million. The property was in Bedford, Westchester County, New York, from where she was refusing to move out.

After his parents’ divorce was finally completed in October 2016, he was living with his mom. He was just sixteen years old at that time but managed very well to handle the circumstances. In addition, he was always supporting his parents and their choice.

Even after the divorce was settled, Homer resumed keeping contact with his dad, Richard Gere. In fact, he was also making numerous public attendances together with his father. Talking about his father’s career, he started making film appearances in the 1970s as a supporting character in the film, “Looking for Mr. Goodbar”.

He was present in “I’m Not There” in 2007 and in “Arbitrage” in 2012. In 2016, he became a member of “Norman: The Moderate Rise and Tragic Fall of a New York Fixer”. Moreover, he got the role of Billy Flynn to act in the musical film, “Chicago” in 2002. For her same work, he received a Golden Globe Award and also a Screen Actors Guild Award. 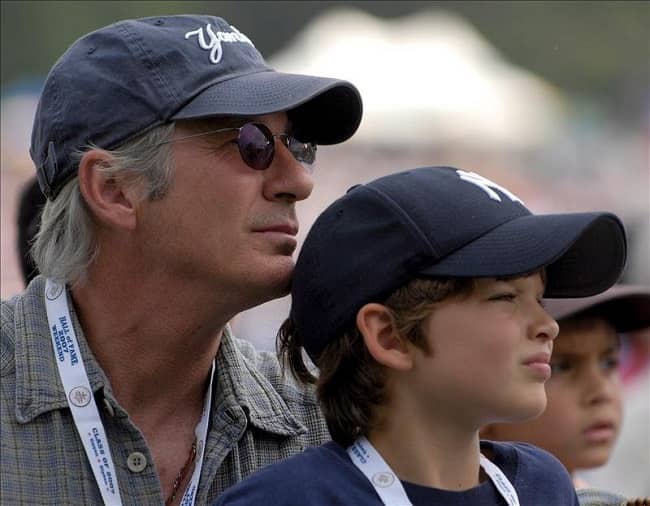 Caption: Homer James Jigme Gere with his father at an event (Source: The San Diego Union-Tribune)

Homer is a student and must have some profession that is not known now. However, he obviously has an amazing and well-planned future. Still, some of the reports admit that he has a net worth is around $3 million at the moment.

On the other side, his father, Richard has an impressive amount net worth of $120 million. His primary source of income is from his professional entertainment career as an actor and producer. As of now, the whole family is living together with a happy life in the United States.

As for her relationship status, the American celebrity kid doesn’t seem to be dating anyone. Due to his less presence on social media platforms and public events, there is no further information about his love life. Since Richard’s son is so attractive and good-looking, he must have dated a number of girls to this day.

Moreover, there must be other more girls who want to be the love of his life. As for now, we can say that Homer is single and is just focusing on his future and career. The American celebrity kid is also very close to his half-siblings and parents too. Other than this, he has also not been active in any kind of unwanted controversial matters. 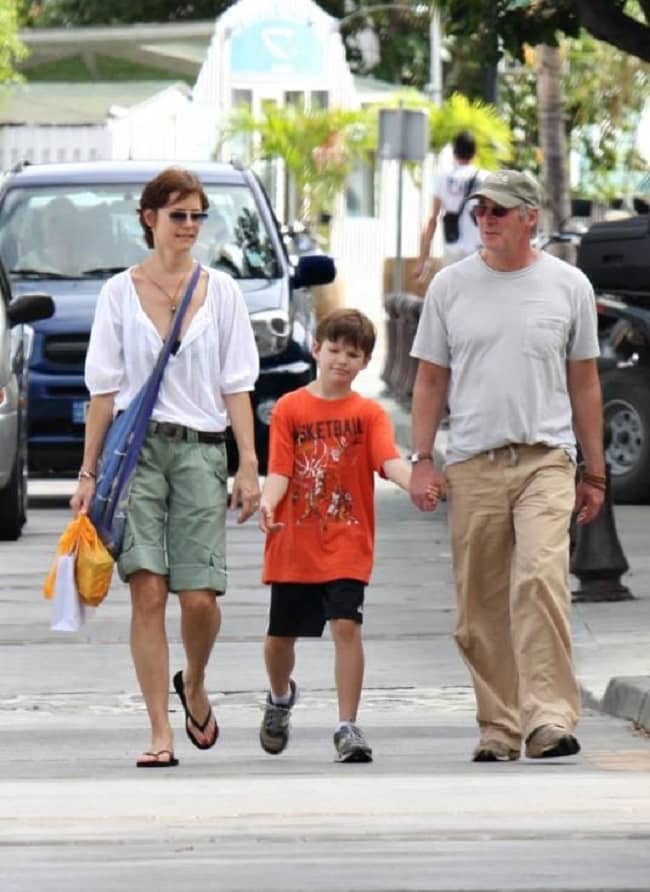 Regarding his body measurement, Homer has a good height of 168 cm or 5 feet 6 inches. The celebrity kid has an average body type with a suitable bodyweight of around 65 kg (143 lbs). Similarly, he has a pair of brown-colored eyes and short dark brown hair with a fair complexion.

The young man is good-looking and has a very attractive personality as well. Observing his recent images, Richard’s son seems to be healthy and in very good status. However, there is no information about James Jigme Gere’s body measurements. But he indeed has a slim body with a handsome face.

Talking about his presence on the social media platforms, the celebrity kid seems to be quite active there. He has a Facebook account with his name and images which no longer seem to be in use. There also is another account on Twitter and Instagram with his name but does not seem to be his official account.

Moreover, there must be several fan pages of him and his father on there too. Due to his famous parents and family, Homer has turned out to be a famous personality as well. That is why there is some of the information and images of Gere available online.

Follow us on Telegram for the latest updates: There has been a shake-up at the Aljunied-Hougang Town Council...

Finland's glamorous Prime Minister Sanna Marin has denied using drugs and said she has nothing to hide after a...
- Advertisement -

A festival-goer has captured the dramatic moment a mini tornado hit a festival, with the twirling winds wreaking havoc...

How Rich Are Heidi Klum And Tim Gunn? Net Worth, Career, Salary

Amy Okuda is an American actress best known for...
Bio

Who is model Molly Eskam? Is she dating Faze Rug? Wiki: Age, Height

Gregg Berhalter is known as a soccer coach and...
Bio

Who is Meg Oliver? Meg Oliver is an American award-winning...
Bio