Iggy Pop is a very famous professional singer, musician, and songwriter from the United States. Iggy Pop has been a legendary performer, and artist in his field. And, fans regard him as the Godfather of Punk. While he was also a vocalist and lyricist of the band named The Stooges.

Iggy Pop was born on 21st April 1947, in Muskegon, Michigan, United States of America. This makes him 75 years old as of 2022. His father’s name is James Newell Osterberg Sr., and his mother is Louella Christensen. While he holds an American nationality and practices Christianity. Further, he belongs to the Caucasian ethnicity. According to astrology, he has Taurus as his zodiac sign.

Talking about his formal educational status, he completed his schooling at Pioneer High school in his hometown. And, he also accomplished his higher studies at the University of Michigan.

Career-wise, Iggy Pop is a singer, musician, and songwriter. He is very famous for his punk music, and songs. For his amazing contribution, he is referred to as the Godfather of Punk. The singer has made a great contribution through his works in different forms today. While he had a great interest in the field from his very early years and wanted to have a great career in it and today he is living it. Following his passion, he used to play and get involved in different high school bands too including The Iguanas. The association with the band inspired him to change his name to Iggy Pop. 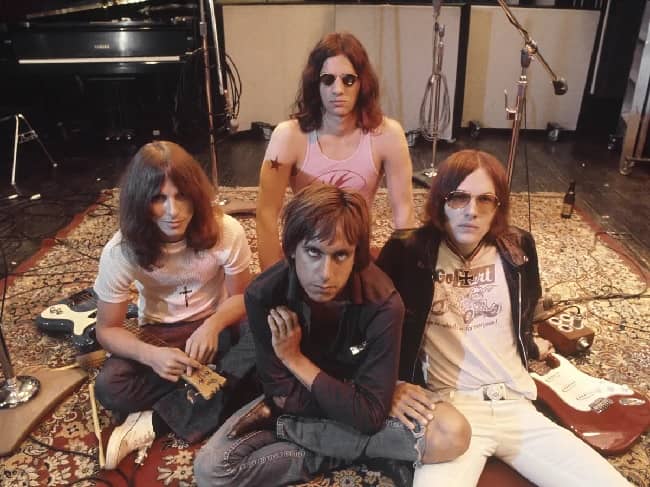 After moving to Chicago she started learning more about blues and playing the blues clubs. He also formed a band named Psychedelic Stooges along with the members Ron Asheton, Scott, and Dave Alexander. He was the lead vocalist of the group. The band flourished and later signed with Elektra Records and also released their debut album named The Stooges. Some of the other albums with the band are; Fun House, Raw Power, The Weirdness, and Ready to Die. They performed in different stages and had a great impact on the generation.

Further, talking about his individual journey, he has also released solo albums like; The Idiot, Lust for Life, Kill City, New Values, Soldier, Party, Blah-Blah-Blah, Instinct, Brick by Brick, American Caesar, Naughty Little Doggie, Avenue B, Skull Ring, Preliminaries, Apres, Free, etc. Apart from it, he has also many amazing singles that are popular in today’s generation too.

Moreover, he also appeared in different movies like; Sid and Nancy, The Color of Money, Hardware, The Crow: City of Angels, The Rugrats Movies, Snow Day, Coffee and Cigarettes, etc. And, he has also shown his acting talent in different television shows too. For his amazing dedication and contribution, he has won many awards over his career including the Classic Rock Roll of Honour Awards, and the Grammy Lifetime Achievement Award. 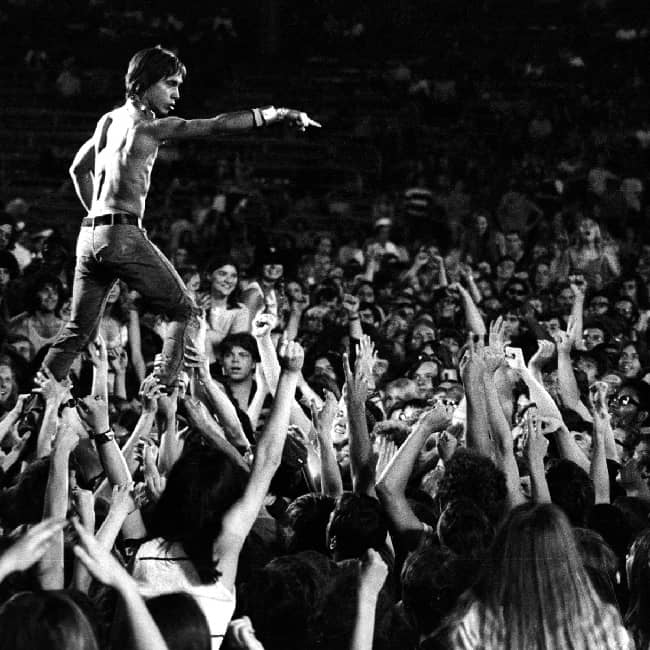 Caption: Iggy Pop’s one of the wildest performance during 1970 (Source: The Guardian)

Iggy Pop is living a comfortable life with his family. Thanks to the fame and fortune he has earned from his work as of today. Moreover, his total net worth is about $20 million US dollars as of 2022.

Moving on toward the romantic and private life of Iggy Pop, he has married three times in his life. His first wife was Wendy Weissberg who married in 1968. But, after her death of her, he married Suchi Asano in 1984. They remained together till 1999. Later, he married Nina Alu in 2008.

Apart from it, he was also in relationships with many other women. They are; Paulette Benson with whom he has a son named Eric Benson, Sable Starr. While he is straight regarding gender choices. And, he does not have any kind of controversial events till today. 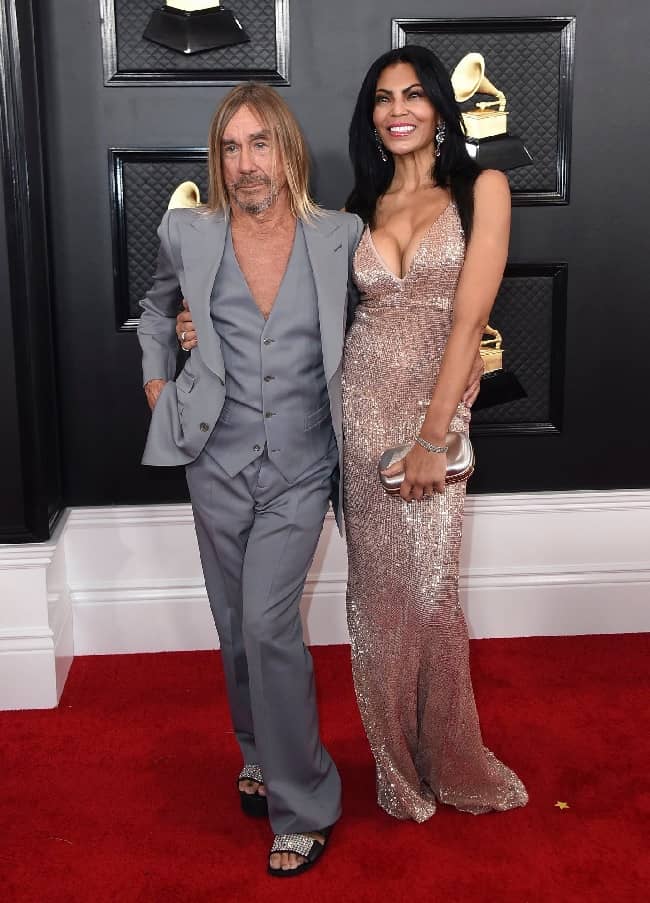 Iggy Pop is very good-looking and has an amazing personality. The legendary singer stands about 5 feet and 6 inches tall. While he weighs 65kg. Moreover, talking about the overall body measurement, the number has not been revealed yet. The color of his eyes is blue, and he has light brown colored hair.

AnnaLynne McCord is an accomplished model, actress, and activist....

Marty Caffrey is an American entrepreneur and investor. Before...
- Advertisement -

The China Eastern plane that crashed into a mountainside in March 2022, killing 132 people, appears...

Jack Crawford declared his retirement on Monday, May 17, 2022. The protective end has called it to stop following...

Amanda Kloots is an actor and fitness trainer from...
- Advertisement -