Olivia Namath, his youngest daughter, made headlines in 2007, a few years after his divorce from his wife when she fell pregnant at the age of 16. Olivia was still in high school in Florida at the time of Namath’s grandchild’s birth. Although the announcement itself was not particularly contentious, it was the claim that the baby’s father, Edwin Baker III, had been arrested three times in the year before the baby’s birth for meth possession, burglary, and vehicle theft. As if that weren’t enough, Olivia was arrested on drug possession charges three years after the kid was born. Olivia was arrested in West Palm Beach in 2010 with a pound of marijuana in her vehicle. Olivia was just 19 at the time. Namath’s most recent troubles seem to have subsided once Olivia married her baby daddy in 2014.

Joe Namath, the legendary New York Jets quarterback and cult status hero, has had an ugly off-field history, to say the least. The Jets legend’s life has been dogged by problems around his drinking and drug addiction since his ex-wife Deborah Mays left him in 1998. The negative press around him has become so intense that his two children have been entangled in it, threatening to ruin his life just as he is putting his life back on track.

In August 2019, just when the quarterback hall of fame of farmer’s life seemed to be free of issues, he was caught up in yet another incident. This time, the unwelcome attention was brought into the family by his oldest daughter Jessica Namath’s spouse. In September 2016, his oldest daughter filed for divorce from her husband, Brian Kennedy, citing her spouse’s drug and alcohol problems, as well as anger management concerns. She also requested child support for their 2-year-old son.

Kennedy, on the other hand, did not back down, bringing the quarterback into the drama by demanding him to give his financial documentation, including credit card transactions and tax returns, in order to argue that Jessica is supported by her affluent father. This demand was made to demonstrate that Jessica did not want Kennedy’s financial assistance since she had received several presents from her affluent father. 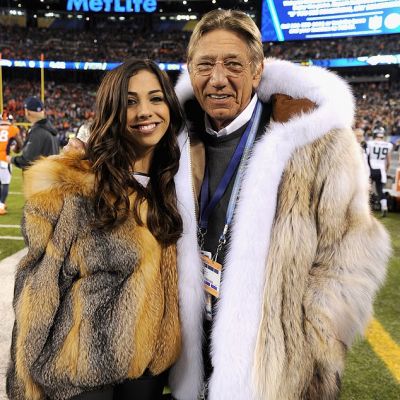 Jessica’s counsel, on the other hand, countered by contending that the estranged ex’s claims were an overreach of his right to obtain personal and financial information about the Namath family. The Upper West Side apartment that Namath had given to both his daughter and son-in-law following their July 2015 wedding was also brought up in the dispute as one of the halls of famer’s “gifts” to his daughter. As it turned out, Namath and both his daughter and son-in-law shared ownership of the $1.01 million property.

Namath had a drinking problem even before he married Deborah ‘Tatiana’ Mays in 1984. Because he was a bachelor, his pre-marriage drinking slipped under the radar. Despite his drunkenness, the quarterback was a popular athlete who even promoted a few brands. Deborah was the one who helped him reduce the amount of alcohol in his system. But his sobriety lasted just a little more than 14 years, from 1985 to 1998, when Deborah allegedly left him for a Beverly Hills cosmetic surgeon. 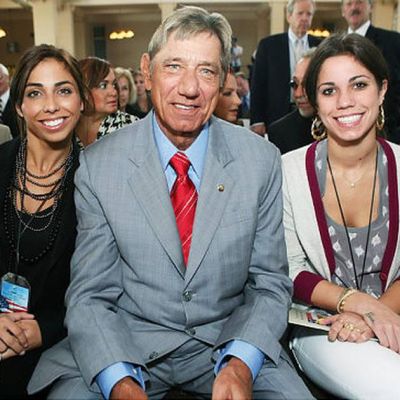 Following the divorce, the Hall of Famer attempted to drown out his emotions by returning to the bottle, as well as his meds. His drunkenness went unnoticed until a December 2003 edition of Monday Night Football. Namath’s comments were garbled in the incident as the reporter, Suzy Kolber, struggled to understand him. The former quarterback was smitten with the reporter and even moved in for a kiss, uttering the famed words, “I want to kiss you.” Three decades later, it seems like Namath is still struggling to avoid the scandals that surround his family.

Namath in the 2021 NFL Draft for the Jets

The New York Jets signed quarterback Zach Wilson, the No. 2 overall selection in the NFL draft in 2021. The BYU signal-caller, 21, is ecstatic to be playing for the Jets. Namath, a Jets great, told the Associated Press during the selection,

“I’m looking forward to seeing Zach; I haven’t had the pleasure of meeting and chatting with him, so evaluating someone without sitting down and visiting with them is difficult. But, from what I’ve seen of him on film or on television, he’s an athlete. He tosses the ball and wanders about. A talented athlete.”

During the conversation, Namath said unequivocally that the Jets were overdue for a title. He also expressed thanks for the opportunity to be a member of a winning squad during his tenure. And hopes that the Jets can make history once again. He is obviously ecstatic about Wilson’s signing and has great expectations for both the player and the squad. Even though a lot of things are going wrong for Namath, he has football to keep him happy.