Scarlett Ingrid Johansson (her full name) was born on November 22, 1984. Her birth place is Manhattan, New York City, USA. The actress is 37 years old and will soon turn 38 this year (2022). The actress’s father’s name is Karsten Olaf Johansson, an architect from Copenhagen, Denmark. Her mother’s name is Vanessa Johansson, who is also an actress and a producer.

She is the granddaughter of Ejner Johansson, a writer. She has an older brother, Adrian; an older sister, Vanessa, also an actress; a twin brother, Hunter who was born three minutes after her, and an older half-brother, Christian.

As her mother is New Yorker and her dad is Danish, the actress has both American and Danish citizenship. Johansson has an interest in musical theatre and jazz hands. She even took lessons in tap dance in her early life. She describes her childhood as ordinary like others. 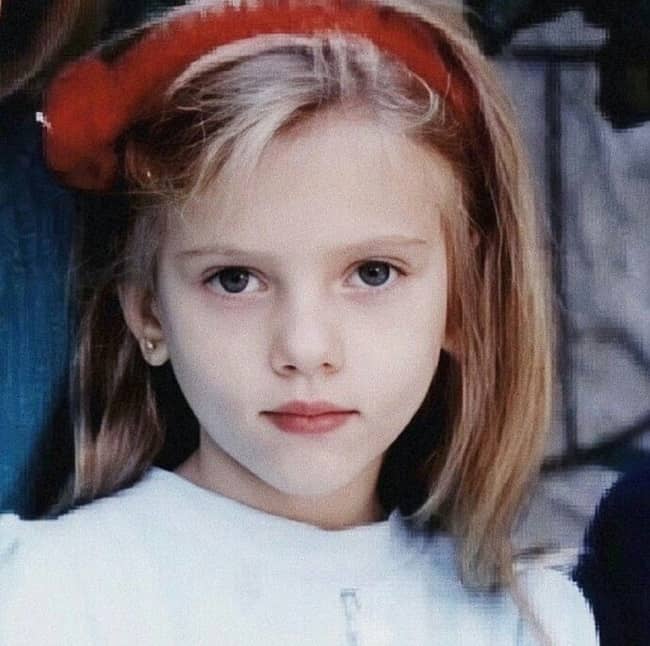 Scarlet Johansson attended Public School 041, an elementary school located in Greenwich Village, Manhattan. She completed her high school at Professional Children’s School. Johansson also enrolled at the Lee Strasberg Theatre and Film Institute in 1995. She began auditioning for commercials in this Institute but didn’t like it that much. Hence, she shifted to a private educational institution for acting classes.

When the actress was the age of nine, she made her first film debut in the 1994 American comedy-drama adventure film. She played ‘North‘ in the role of John Ritter’s daughter. She played other minor roles before getting her first leading role as Amanda, in the 1996 comedy-drama film, Manny & Lo, and later, she dropped out of Mission: Impossible III (2006) due to scheduling conflicts.

The actress then transitioned from teen to adult roles in 2003 where she starred in the romantic comedy-drama ‘Lost in Translation’ and the drama ‘Girl with a Pearl Earring’ the same year. She continued acting and showed her amazing performance in He’s Just Not That into You, Iron Man 2 (2010), and Hitchcock (2012).

Scarlett Johansson got her worldwide recognition when she became part of the Marvel Cinematic Universe (MCU) and for her role as a Black widow, she learned Russian and took many classes, and got positive reviews from fans worldwide. She did many MCU movies and also the sci-fi action thriller ‘Lucy’ (2014), Ghost in the Shell (2017), Rough Night (2017), and many other supporting roles as well. 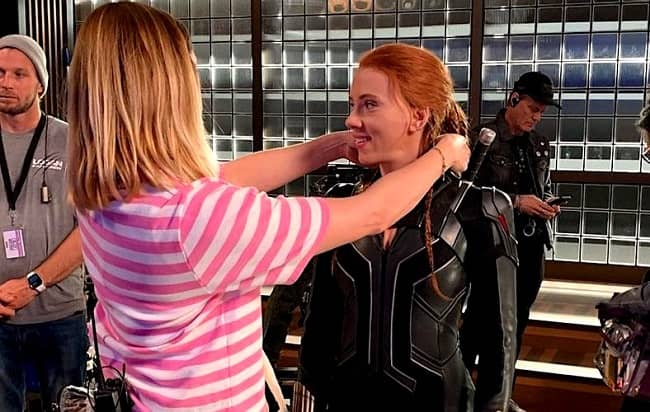 Scarlett Johansson on the set of black widow. Source: GossipChimp

The talented actress has been in the industry for years and still, she surprises her with her amazing performance to date. So far, she has won 42 awards and got nominations 119 times. 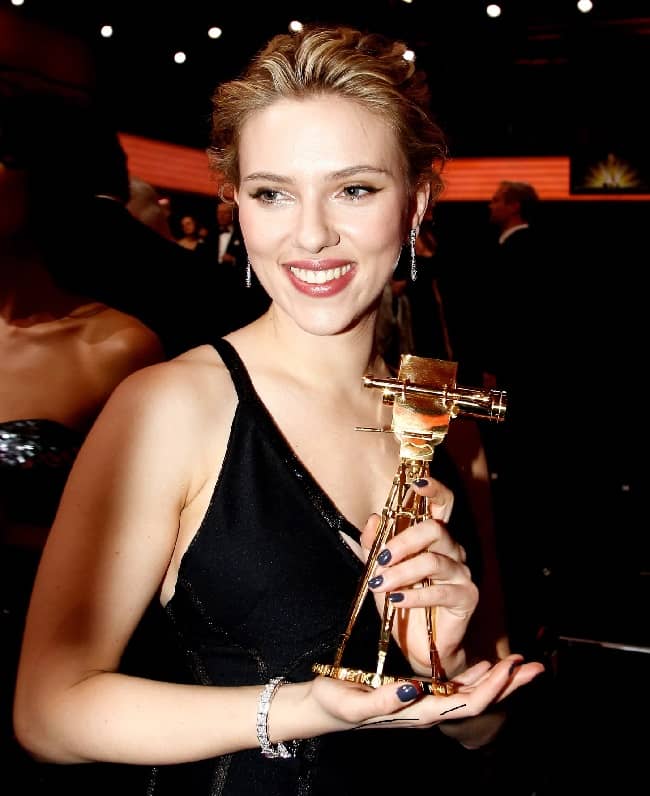 Scarlet Johansson was the world’s highest-paid actress for two consecutive years, 2018 and 2019. Her estimated net worth is $165 million (approx.). She earns beside her professional career through commercials for Calvin Klein fragrance, Gap clothing, and L’Oreal products. She does print ads for Louis Vuitton, Moet Champagne, Mango fashion line, etc.

The actress is married to Colin Kelly Jost, an American comedian, actor, and writer. They had their first child in August 2021. In the past, Johansson was married to Romain Dauriac, a businessman, from 2014 to 2017. She was also married to Ryan Reynolds, a Canadian-American actor, and producer, from 2008 to 2011. 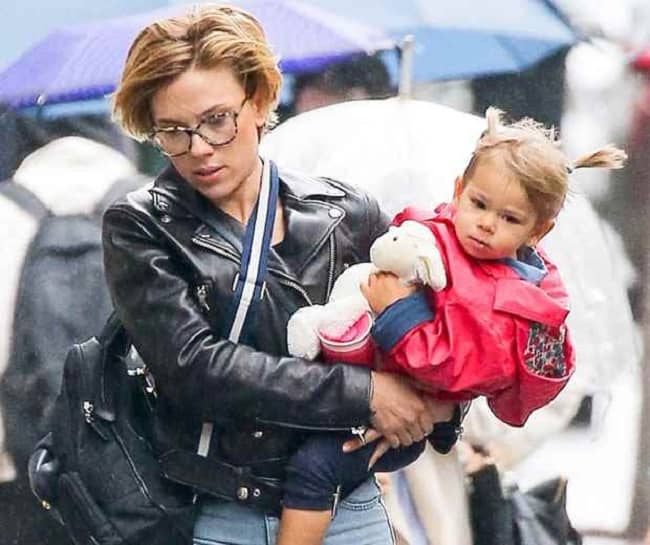 The actress had many controversial moments in her career life in the industry where she sued Disney over the streaming of Black Widow. She also supported director, Woody Allen stating how she doesn’t believe sexual abuse allegations made against the director.

Johansson has a height of 5 feet and 3 inches (1.6m) and weighs 57 kg. She has a perfect hourglass body structure and her body measurements as bra size (36 inches), waist size (26 inches), hip size (36 inches), and a dress size of 8 (US). The beautiful actress has naturally dark brown hair even though she’s mostly seen in her dyed brown hair and pretty green eyes.

It might be a disappointment for Scarlet Johansson’s fans but the popular actress doesn’t have any social media accounts as she finds them a little strange. However, her Instagram fan account has more than 3.9 million followers.

When talking about modern literary classics, few stories could compare to the impact Harry Potter and Twilight had on...

Ahmed also announced she’d had encouragement from Paxman’s predecessor on the show, Bamber Gascoigne, and said: ‘The production team...
- Advertisement -

Goalkeeper Mason Stajduhar Wife-To-Be: Who Is He Engaged To? Meet Fiancée Tatiana Where Is Joey Calvan Now? What Happened...