Sunisa Lee was born on 9 March 2003 and she is currently 19 years old. She is originally from Saint Paul, Minnesota, and her zodiac sign is Pisces. Her birth name is Sunisa Phabsomphou. This personality attended South Saint Paul Secondary High School and graduated in the year 2021. For her further studies, Lee attended Auburn University from where she will be graduating in the year 2025.

Talking about her family, her mother’s name is Yeev Thoj. Moreover, her mother is a healthcare worker and is a refugee who immigrated to the United States from Laos as a child.

This personality grew up with her mother’s longtime partner – John Lee – from the young age of 2 years. She considers John her own father and started using his surname professionally as a teenager. Lee has three half-siblings from her mother’s relationship with John and they are Evionn, Lucky, and Noah. Also, she has two step-siblings from John’s previous relationship namely Jonah and Shyenne. One of her half-siblings – Evionn – competed in artistic gymnastics at the regional level. 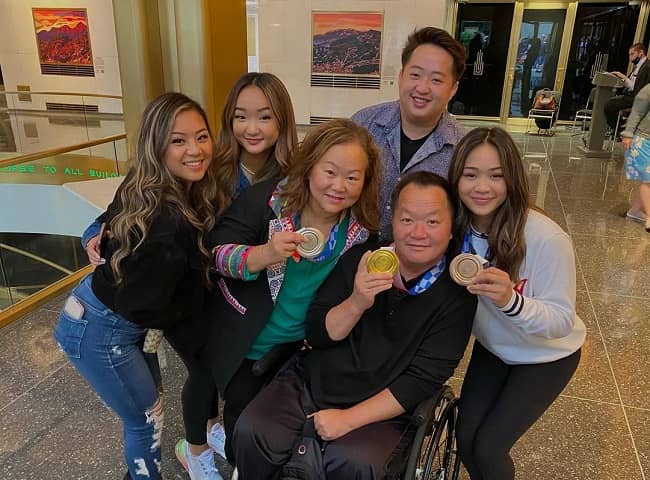 Caption: Sunisa Lee posing for a photo with her family. Source: Instagram

Professionally, Sunisa Lee is an artistic gymnast. Lee is the 2020 Olympic all-around champion as well as uneven bars bronze medalist. Also, she was a member of the teams that won gold at the 2019 World Championships as well as the silver at the 2020 Summer Olympics.

Furthermore, this young gymnast is a 6-time member of the U.S. women’s national gymnastics team. Lee is the 1st Hmong-American Olympian. Also, Lee has 6 world championships and Olympic medals. With these, Lee is among the 9th-most-decorated American female gymnast with ties to other gymnasts Gabby Douglas, Kim Zmeskal, Kyla Ross, and Rebecca Bross. 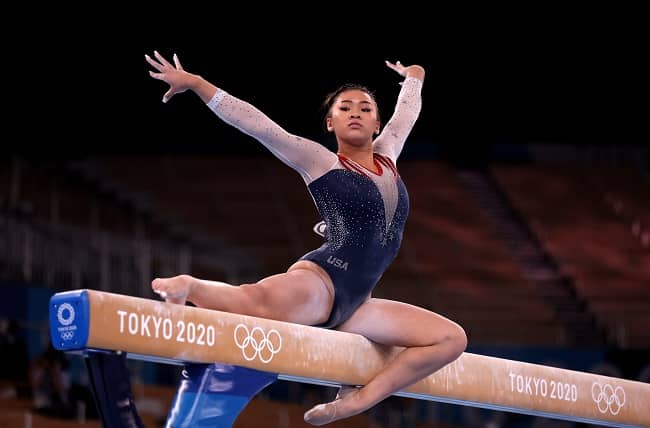 Moreover, at the young age of 11 years, this young gymnast qualified for the elite. From age 6 to 12, this gymnast’s trainer was  Punnarith Koy at Midwest Gymnastics. Furthermore, in August 2019, her father fell off of a ladder while helping a friend. This resulted in her father being paralyzed from the waist down. This happened only days before she competed in her 1st senior USA Gymnastics National Championships. Sadly, in the next year, this gymnast’s aunt and uncle died from COVID-19.

More recently in 2021, Times included this young gymnast on the Time 100 – its annual list of the 100 most influential people in the world. Then in November of the same year, Lee said that she was pepper-sprayed in a racial incident while in Los Angeles. It happened when she was there for her stint on Dancing with the Stars.

Furthermore, in January 2022, this gymnast responded in the comment section of a TikTok video about facing racial comments from her own Hmong-American community. It happened when she expressed her interracial relationship with USC Trojans football player Jaylin Smith. 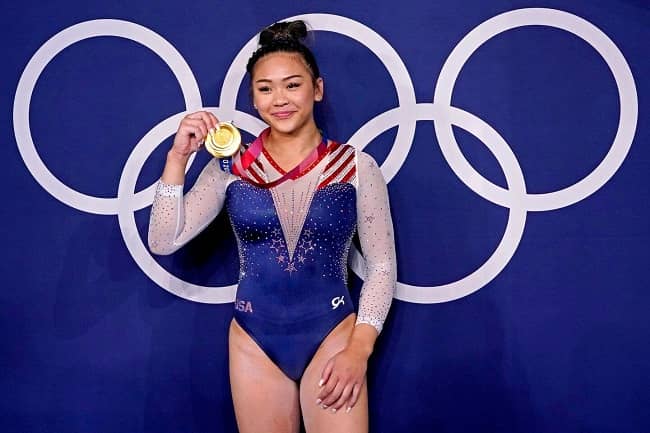 Sunisa Lee is in a romantic relationship with Jaylin Smith aka @jayliinn.1k on Instagram. Her lover is an American football player who wears jersey no. 19 for USC Trojans. The most recent photo on her Instagram featuring her lover dates back to 27 December 2021. On the same day, her boyfriend also shared similar photos on his personal Instagram profile. 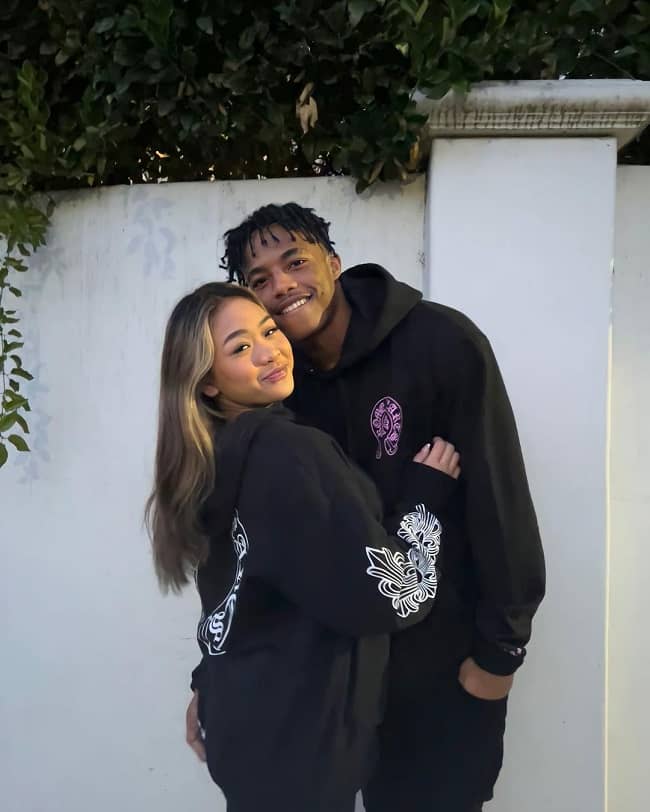 Sunisa Lee stands tall at an approximate height of 5 feet or 1.6 meters and her weight is around 55 kg. Similarly, this gymnast has a chest-waist-hip measurement of 34-28-40 inches respectively. Further, Lee has dark brown eyes and hair of the same color.

Sunisa Lee joined Twitter in October 2014 and so far has over 182.5K followers on her @sunisalee_ account. On Instagram, she is available under the username @sunisalee. This profile has garnered more than 1.7 million followers and has shared 139 posts as of early May 2022. Similarly, this gymnast also has a personal profile on Facebook where she has over 1k friends. Also, we can contact her at [email protected] for business inquiries as mentioned on her Instagram bio. Moving on, this young Olympic gold medalist has a net worth of around $2 million US dollars.

Martin Fajardo Ethnicity: Where Is He From? Explore His Family Background

Anthony Brandon Wong is a male entertainer understood for his acting abilities. He is loved for his extraordinary commitment...

Did Dr. Brady McKee Get Into the Accident? Death...
Bio

Kim Sae Ron, a South Korean actress, is being...
- Advertisement -