Kendall Schmidt is currently engaged to Mica von Turkovich, his girlfriend. On June 29, Schmidt proposed to Turkovich. The proposal took place at Radio City Music Hall, and members of Big Time Rush Logan Henderson, Carlos PenaVega, and James Maslow were in attendance. This is also where the couple met for the first time.

All About Kendall Schmidt’s fiancée

Mica von Turkovich is a writer, according to internet sources. She was born and reared in Vermont and now lives in Los Angeles. When she was younger, she spent much of her time penning short tales about her fictional horse Misty and her family’s nonexistent animal sanctuary. She wanted to communicate tales via performing while she was in her twenties, but the bad aspects of the entertainment business pushed her to return to writing. She was born on July 23, 1991, and she is also active on Instagram, where she has around 57,000 followers under the moniker Mica Chu. More information about her family, job and educational history is still unknown. 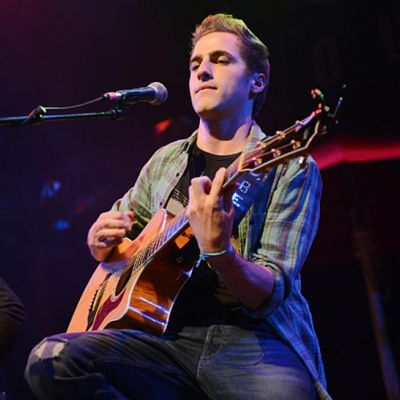 Mica von Turkovich and Kendall Schmidt initially met during a Big Time Rush performance in 2012. At the time, Turkovich was working as a nanny. The future couple became excellent friends over time. Schmidt and Turkovich began dating in March 2015, and for her birthdays in July 2016 and 2017, Schmidt paid homage to her. He then shared a photo of Turkovich sitting on his lap during the 2018 BottleRock Festival in California. The same year, on the occasion of Turkovich’s birthday, he wrote,

“Today is the birthday of this lovely person. Any attempt to describe how @mica chu has impacted my life would be an understatement. It’s been a delight to spend time with her as the days pass. I admire her perspective. Her actual mission is to make a significant change in the world, and I know she’ll accomplish just that. She motivates me to be the best guy I can be. As a result, I try all I can to be everything she deserves.”

Schmidt has continued to share his favorite memories with Turkovich, including camping vacations, sharing space with her during the Covid-19 pandemic quarantine, Valentine’s Day tributes, and more.  Kendall Schmidt is best known for his role as Kendall Knight in Big Time Rush, a Nickelodeon musical comedy series. He has appeared in TV programs such as ER, Phil of the Future, Ghost Whisperer, School of Rock, and others. He is presently a member of the boy band Big Time Rush, which performs mainstream songs. Honey, their most recent song, was released on June 30, 2022.

Share
Facebook
Twitter
Pinterest
WhatsApp
Previous article‘Deleting this app right now!’ Are period-tracking apps safe to use in a post-Roe world?
Next articleNATO launches ratification process for Sweden and Finland’s membership in wake of Russia’s invasion

A Michigan library lost almost all of its funding earlier this week when its millage failed by a large...
- Advertisement -

Ricky Carmichael is known as the ‘Born to Ride’...
Bio

Who was Carrie Fisher’s mother, actress Debbie Reynolds? When did she die? Wiki

Errol Musk is a South African pilot, sailor, and...
Bio

Ashley Olsen is a talented American fashion designer and...
- Advertisement -