Who is Rick Harrison?

Born Richard Kevin Harrison under the sign of Aries on the 22nd of March 1965 in Davidson, North Carolina USA, Rick Harrison is a 53-year-old Caucasian businessman and reality TV personality. He is probably best known to the world for his significant presence on the TV screen as the co-owner of the “Gold & Silver Pawn Shop”, which is featured in the History channel’s reality TV show entitled “Pawn Stars.” He has also had a number of other successes over the course of his sometimes lucrative business career since the late 1980s.

Rick actually grew up in San Diego, as his parents moved there when he was two years old. He was raised by his US Navy veteran father Richard Benjamin Harrison Jr. and his mother Joanne Rhue Harrison of an unknown profession. To our knowledge thus far, he is the second youngest among his siblings, born after his sister Sherry Joanne Harrison, who unfortunately died at the age of six, and Joseph Kent Harrison, while Christopher K. Harrison is younger than him. When he was very young, he suffered from epileptic seizures, which caused him to be bedridden for long periods, during which he became an avid reader – he stated that he was specifically inspired by “The Great Brain” by John D. Fitzgerald, which featured a very young entrepreneur who was  always finding new ways to make money. As for his education, he attended Taft Middle School in the San Diego Unified School District, however, he dropped out during tenth grade and never returned to finish his education. Consequently, he never went to college.

While still living in San Diego, Rick’s parents were into the real-estate business. However, they eventually lost a lot of income and decided to quit, moving to Las Vegas, Nevada in April 1981. Rick and his father eventually got the idea to open up a pawn shop some two miles from the Las Vegas Strip in Clark County, thus, the “Gold & Silver Pawn Shop” was opened in 1989. Six years down the road, Rick and his father were lending about $3 million per year, which allowed for $700,000 in interest income. Rick subsequently became famous around Las Vegas for having unique sports items that each had a story of their own, including the 2001 New England Patriots Super Bowl ring that used to be in the cornerback Brock Williams’ possession. Their business was also open to gamblers, who would often leave an item for gas money while going back home from Las Vegas; most of the items that were brought in were jewelry. In the same year, Rick was given the Pawnbroker of the Year Award by the National Pawnbrokers Association, and meanwhile Rick was attempting to pitch a show about his business to various TV channels, until in 2012 he finally landed a contract with the History Channel, and “Pawn Stars” began.

As for Rick’s romantic involvements, it is known that he dated a certain Kim in his early teens, and they married when he was 17 years old. Kim first had a miscarriage, but they tried again and had their first child Richard Corey Harrison on 27th of April 1983. Within the next two years, Kim also gave birth to Adam Harrison. They separated in 1986, and Rick began dating Tracy Ann Hill, who he married on the 15th of August 1987 in a private wedding; together they have a son named Jake, but eventually divorced in 2011, and Rick began dating Deanna Burditt, who he subsequently married on the 21st of July 2013. Finally, while Rick doesn’t have a daughter, his son Corey, does. 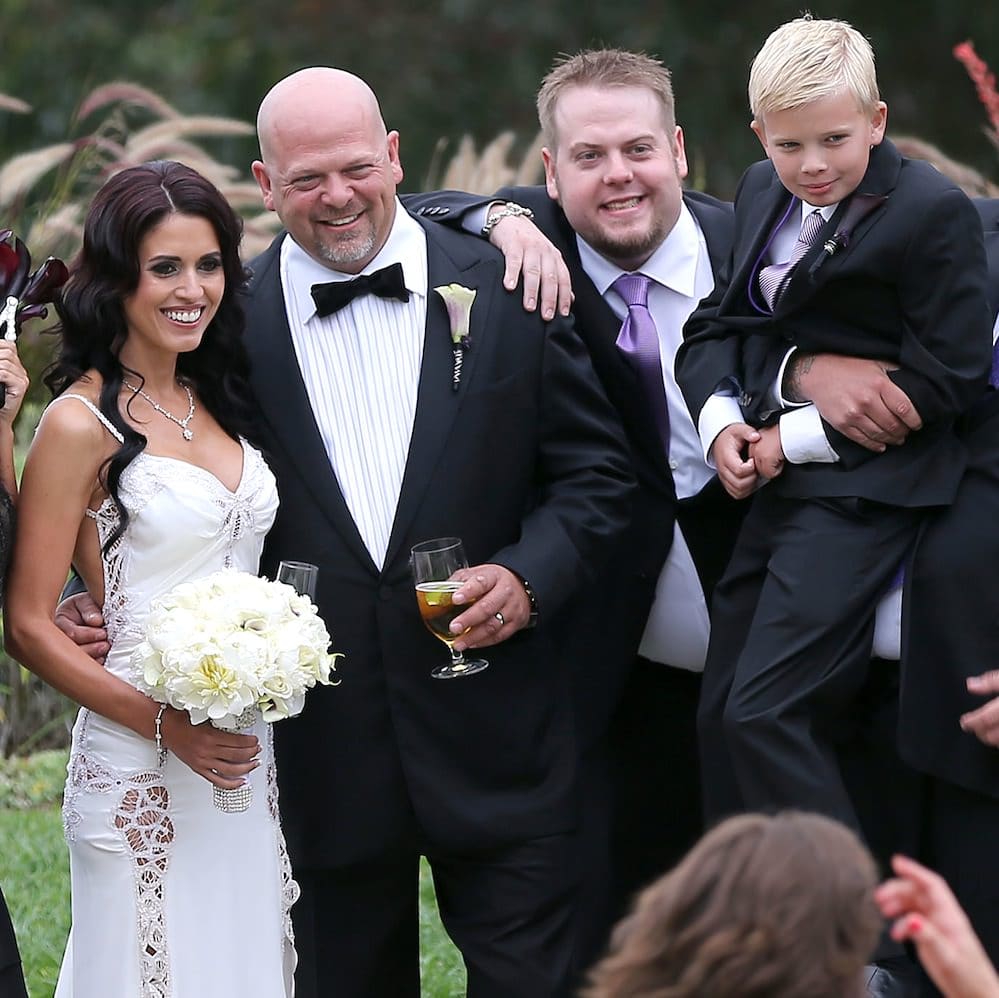 What is Rick Harrison’s Net Worth?

Close to $8 million, while his earnings per “Pawn Stars” season are approximately $300,000. He has made his fortune as a businessman and reality TV personality.

I already told my dad and Corey. Just waiting for Chum to get the paperwork ready. #ElPrecioDeLaHistoria premieres February 19 on @HistoryLA pic.twitter.com/gs9Lz4MAUC