Who is Kimberley Anne Scott?

Born under the sign of Capricorn on the 9th of January 1975, in Warren, Michigan USA, Kimberley Anne Scott (nee Sluck) is a 43-year-old Caucasian freelance children’s book illustrator and author of unknown descent. She is definitely best known to the world for her significant presence in the media due to the fact that she is the two-time wife of the legendary rapper Eminem, with whom she had a lifetime of love and hatred, which resulted in numerous public scandals in their famous union. She has had a number of her own successes, though none big enough to contribute to her fame.

Kim was born to Casimer and Kathleen Sluck, of unknown professions, along with her twin sister Dawn Scott, who is unfortunately no longer alive. According to Kim’s words, their step-father used to abuse them on a regular basis, being under the influence of alcohol most of the time. When asked about her real father, she said that she doesn’t know, and that she’s not sure if even her mother knows that. When they were 13 years old, Kimberley and Dawn ran away from home in 1988, and took refuge at a youth home. She and Dawn attended Lincoln High School, where Kimberley met Eminem who was then 15 years old when she was 13. They met through a mutual friend at a house party, where Eminem was making fun of a rapper’s song. They soon entered a relationship, and Kim later asked him if she and her sister could move in with him and his mother Debbie Nelson, which they later did. In her memoirs, concerning her relationship with Kimberley, Eminem’s mother wrote: ‘Kim said she had no idea who their real father was, and claimed to have been sexually abused by her stepfather.’ Later, she added: ‘Now, as often happens with troubled children, Kim told some pretty tall tales…I looked on Kim as a challenge, someone I hoped I could give a better life to.’ 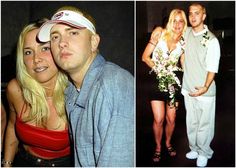 When Eminem was in 9th grade, he decided to drop out of school and work any job he could get in order to fund his future rapping career. At one point, his mother got so frustrated with his life choices and Kim’s hardly tolerable behavior, that she threw them out of the house. They then moved into an extremely dodgy neighborhood, being unable to pay rent anywhere else at the time – in fact Kimberley almost died in her own home during this time, only just missing an apparently stray bullet that came from outside. When asked about this part of her life, she stated: ‘The neighborhoods we lived in fucking sucked. I went through four TVs and five VCRs in two years.’ Kim then underwent an unplanned pregnancy in 1995, and eventually gave birth to their only child, Hailie Jade Mathers on Christmas Eve 1995. In order to raise their child in the best possible conditions, Kim and Eminem had no choice but to move back in with his mother. In order to feed his family, Eminem worked overtime as a dishwasher, earning $5.5 an hour. 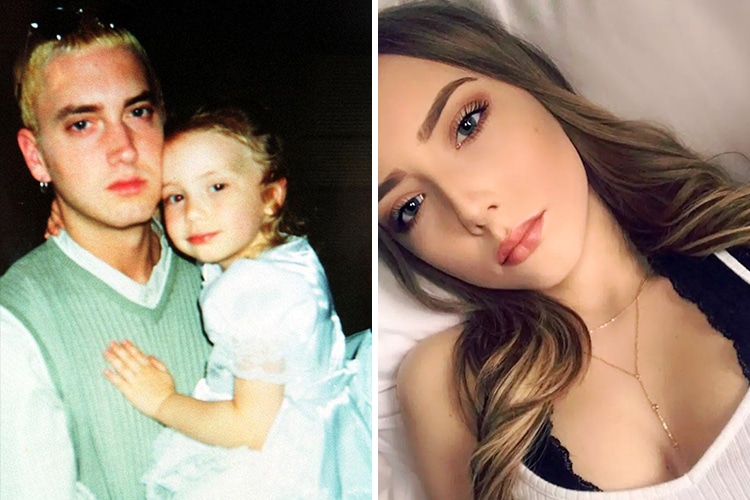 Since Eminem was also trying to make it in the entertainment industry as a rapper, while at the same time earning for his family and being there for Kim and his child, this didn’t sit well with Kim, and she would often become annoyed, which resulted in large-scale fights between them. However, they would always get back together, and this cycle went on almost endlessly. A friend of Eminem’s once said in an interview for Rolling Stone magazine in April 1999: ‘One time we (he and Eminem) came home and Kim had thrown all his clothes on the lawn – which was, like, two pairs of pants and some gym shoes. So we stayed at my grandmother’s, and Em’s like, ‘I’m leaving her, I’m never going back.’ Next day, he’s back with her. The love they got is so genuine, it’s ridiculous. He gonna end up marrying her. But there’s always gonna be conflict there.’ The exact thing that his friend suggested happened less than two months later, as Eminem and Kim married on the 14th of June 1999. 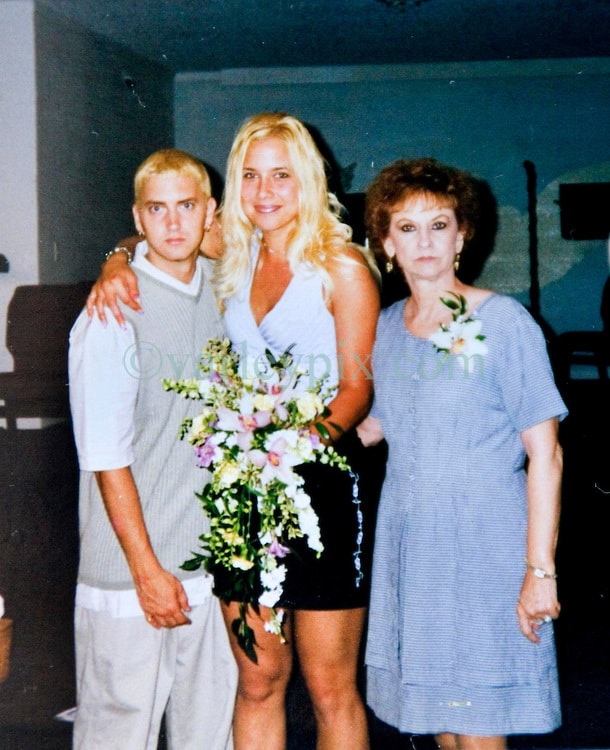 In July 2000, Eminem already had two songs written specifically about Kim, one of which is eponymous to her, while the other is called “97 Bonnie & Clyde.” He invited her to the front row of his upcoming concert, at which point she said she would come only if he promised not to perform “Kim.” He promised that he wouldn’t, saying he can’t do something like that to her. However, only 15 minutes after she and her sister attended the concert, he began performing that song, using a blow-up doll to choke instead of Kimberley herself, whom he chokes in the lyrics of the song. He then threw the doll into the audience and watched everyone laugh while Kim was standing speechless in the front row. She t instantly went home crying, and upon arriving, she went to the bath tub and slit her wrists in an attempt to end her life, but was discovered and hospitalized. Once her condition stabilized, she went out on one occasion, and Eminem then saw her kissing their mutual acquaintance named John Guerra, who Eminem hit with a gun and was ultimately arrested. He filed for divorce soon after, and the court process was finalized in 2001.

In 2002, Kimberley started seeing a man named Eric Harter, who is even today a low-profile criminal and often a fugitive, having been involved in numerous illegalities throughout his life. Together, they had a daughter named Whitney in 2002, but separated soon afterwards, partly because he was on the run from the authorities, and couldn’t stay at home. Kim was subsequently arrested and charged with drug possession, and after a period in jail, and then in rehab, she eventually went over to Eminem’s house to stay for a few nights, which turned into a few weeks, which turned into a few years. In 2006, they decided to remarry, although Kim didn’t think this was a good idea. According to her own words, they never lasted longer than two years, which was their maximum as a loving couple. She didn’t want them to rush the marriage prior to the two years passing, but he gave her no choice. They spent a total of 41 days being married for the second time, at which point their second divorce was set in progress. As Kim explained in an interview, this happened due to her fight with his brother over something trivial. 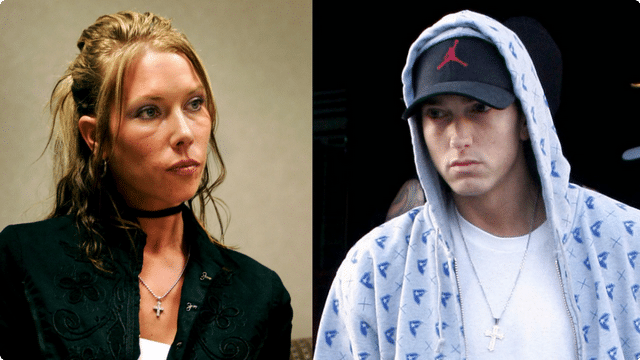 What is Kimberley Anne Scott’s Net Worth?

Have you ever wondered how rich Kimberley Anne Scott is, as of mid-2018? According to various authoritative sources, it has been estimated that the current total of Kimberley’s accumulated wealth is over $1 million, while her annual income is unknown. It is also unknown exactly how much money she got from the two divorce settlements with Eminem – his net worth is estimated at over $190 million. 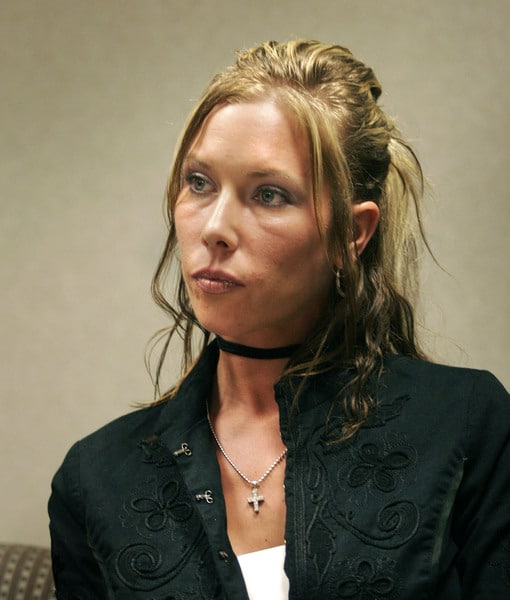 Concerning the physical attributes of the illustrator, her vital statistics and height are unknown, while her current weight is 150lbs (68kg). Her body shape is generally described as hourglass, while her hair color is light blond and her eyes are light blue.

Due to the major influence of social networks, it is nowadays a regular thing for active celebrities to nourish a close and active relationship with their fans, for the sake of increasing the popularity of the projects they’re working on, and thus their own net worth. However, Kimberley doesn’t seem to be an active subscriber to this celebrity trend, as her presence on social media networks is almost nowhere to be found – only her Twitter account, which has less than 5,000 followers.

It was a life that boasted a potential love interest in Teddy (James Marsden), who has just made a...

How Did Joe Turkel Pass Away? entertainer who showed up in Blade Runner and The Shining Cause of death?...

The Boys shares an outtake clip of Chace Crawford from his Deep Thoughts With The Deep series and admits...

Sean Thomas Lowe is an American author and reality...
Bio

Who was Ronan Kanda ? (Schoolboy, 16, who was killed in a stabbing attack)Wiki, Bio, Age, Instagram, Twitter & Quick Facts

Charissa Littlejohn’s Wiki Biography, age, net worth. Is she married?