Amazon Web Services can’t buy its way out of the problems it would have if it decides to challenge Microsoft’s total dominance in cloud software (AMZN, MSFT) 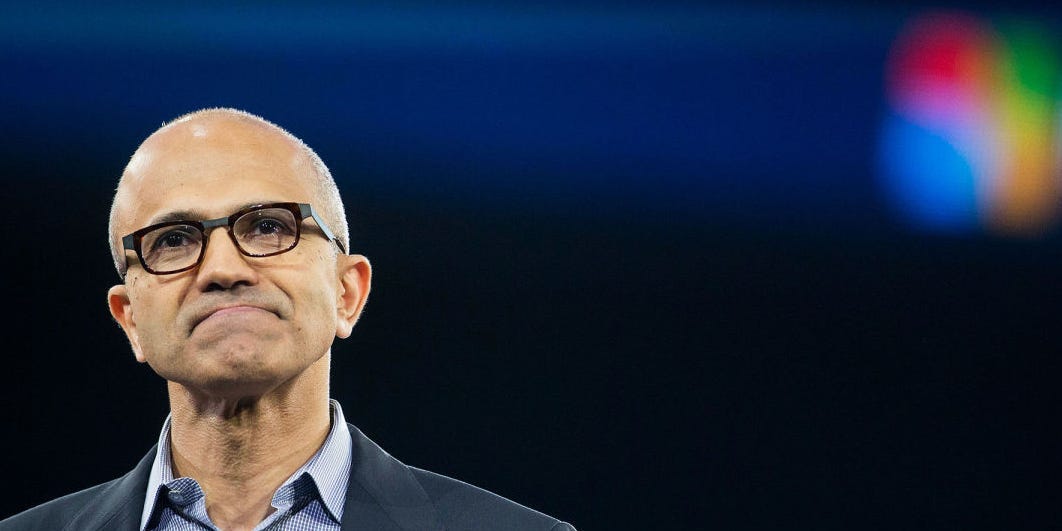 Amazon Web Services may be the dominant cloud computing infrastructure platform, but chief rival Microsoft has long held an unassailable fortress in the form of its market-defining Office cloud productivity apps, including the Teams chat product.

But there are signs that AWS is preparing for an assault on that particular front in the cloud wars, with a specific eye on chipping away at the Microsoft 365 suite: As Insider recently reported, Amazon might be building a “rebel alliance” of Microsoft rivals like Salesforce, Slack, and Dropbox to take on Microsoft 365 head-to-head via a software bundle of its own.

While Amazon is a famously fierce competitor and a force to be reckoned with in any market, experts tell Insider that there’s significant doubt it could present a major threat to Microsoft in that regard: Experts like Moor Insights & Strategy principal analyst Patrick Moorhead estimate that Microsoft accounts for 95% of the space, and Lopez Research analyst Maribel Lopez said Microsoft’s cloud software business is “really hard to wrestle away.”

Even if AWS did make big changes to its tactics — via this “rebel alliance,” by acquisitions like its recent purchase of Wickr, by deepening its relationships with key partners like Salesforce, or otherwise — Microsoft’s lead simply can’t be erased overnight, no matter how much money or power Amazon throws at the problem. There’s no single acquisition, partnership, or business pivot it could make that would give an instant leg up, the experts say.

“AWS is increasingly fighting for customers for whom Microsoft is essentially an incumbent, entrenched vendor, and who they can’t really win,” said Gartner vice president Lydia Leong.

Not everybody is so bearish on the idea. Some at least believe that Amazon’s sheer reach, talent, and resources would lend itself well to making a splash in productivity software-as-a-service, or SaaS.

Still, any way you look at it, the deck is stacked against Amazon in many ways.

Turning to outside help would only take it so far, experts suggested. Analysts said AWS could continue aligning with CRM giant Salesforce in their joint push against mutual rival Microsoft, or go so far as to buy productivity tools to build its own suite.

With or without a key partnership or a flagship big-money acquisition, however, they said it would be unlikely that AWS would have any more success than Google, which has presented the chief cloud competition to Microsoft Office since 2006. While the Google Workplace suite is a successful business in its own right, it’s still a long ways away from dethroning Microsoft.

“Even with Google’s infinite power on the SaaS side, it has had a hard time gaining market share from Microsoft on Microsoft 365,” Moorhead told Insider.

AWS could learn from Microsoft’s success with partners over the last several decades, the experts said. Jim Lundy, founder and lead analyst of Aragon Research, says that Microsoft has a particular strength in that its wide-ranging partner network often bundles and sells its Microsoft 365 suite with access to Microsoft’s Azure cloud — making it both easier and cheaper for customers to go all-in on the Microsoft ecosystem.

Regardless of how AWS challenges Microsoft in software, if at all, analysts said both companies are tough competitors — making the productivity space one to watch in the cloud wars.

“You can never count out AWS, but I would never bet against Microsoft. They’re just one of the best business people in the world,” Lundy said.

A couple has transformed the garden of their £240,000 new-build home into a tropical paradise inspired by their holidays...
News

Police forces dumped more than 1,000 crimes a day during pandemic within 24 hours

At the recent CPAC, attendees celebrated the failure of Biden’s goal to vaccinate 70% of adults. Now top Republicans have U-turned, urging people to...

COVID-19 patients in ICUs at a Florida hospital are ‘begging’ to be vaccinated, nurse says

Tilray, Lucid Motors, and meme stocks like AMC have struggled to get shareholders to vote. Here’s what’s happening, and how startups are trying to...

The 5 best electric scooters of 2021 for high-mileage commuters, weekend riders, and kids

Janet Yellen says Treasury is prepared to pay the US’s bills to prevent ‘irreparable harm’ to the economy as GOP balks at raising debt...

A college TikToker gained 1 million followers by chugging beer. Here’s how much he earns from song promos and alcohol-related brand deals.