Where is Trump’s White House staff now? We created a searchable database of more than 328 top staffers to show where they all landed 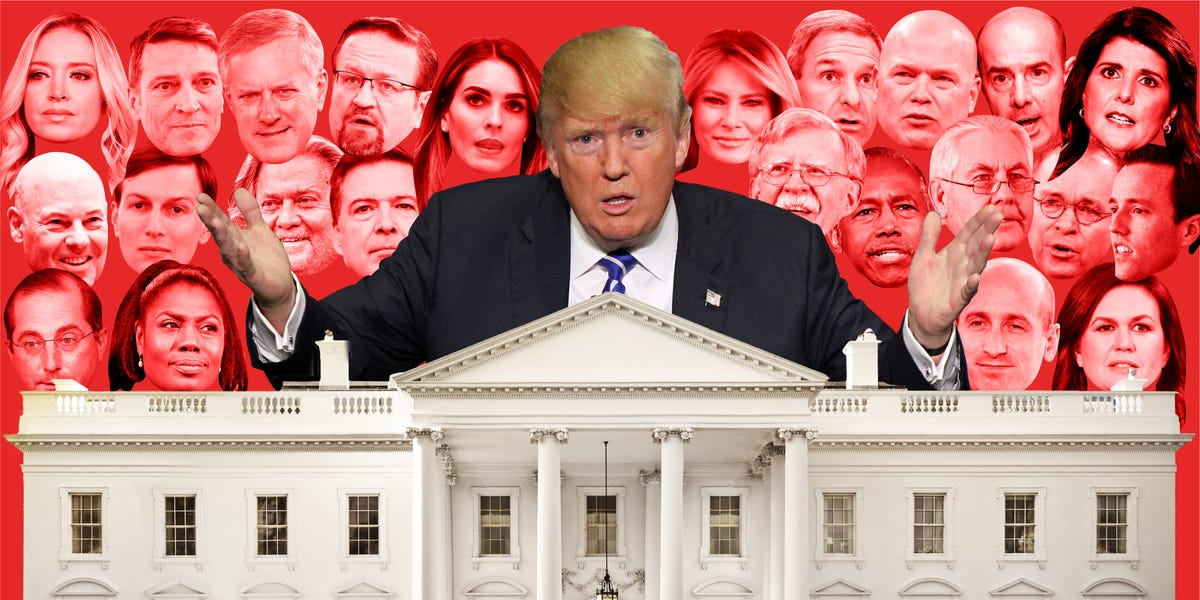 Donald Trump has been deplatformed and defenestrated, but he’s nowhere close to being gone. The same goes for the people who made up his administration.

It’s why we embarked on this Insider project.

Through interviews, public record searches, and repeated LinkedIn visits, we spent the past several months searching for as many people as possible who worked on Team Trump in an official capacity between January 2017 and January 2021.

Here’s a breakdown of all 328 people from the Trump administration whom we tried to find. You can see all of them at the same time or you can use the tabs to sort them into six categories we defined based on what we learned about their whereabouts. You can also use the search box to find individuals.

Did we miss someone? Got an update on where a Trump alumni landed? Email [email protected] with any new details.

Elon Musk takes a dig at Apple, says Tesla won’t ‘bludgeon its competitors’ by making its tech incompatible with other companies’ products

This Asian payments fintech is coming for the US. Check out the pitch deck Nium used to raise $200 million at a $1 billion...

The vaccine mandate ‘tipping point’: These entities are requiring vaccines as the Delta variant spreads

UK coronavirus cases have been dropping dramatically over the last week. Vaccines aren’t the only reason why.

How to sync a Wii Remote to a Wii, Wii U, or PC

The US desperately needs more jobs for the millions of workers who are still unemployed, and Congress is sitting on an easy solution