Keen homehunters were left shocked after spotting that a modest five-bed terraced house was put on the market for £450million in a listing error.

The unloved Victorian pad in Folkestone, Kent, has shabby interiors and dated décor – as well as a ridiculous asking price.

Paint is peeling off the walls at the front of the mid-terrace home on Victoria Grove, and the garden is overgrown with shrubs taking over the outdoor space.

It boasts four reception rooms, two bathrooms and a showroom and is split over four floors – and the estate agent insists that the pad has ‘bags of potential.’

Many original features, like gorgeous fireplaces, come with the Kent home – but new owners will have their work cut out refitting the current lacklustre kitchen and bleak sitting rooms. 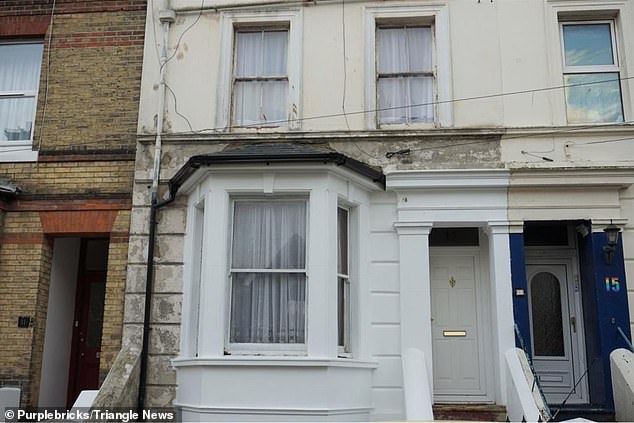 The outside of the £450million-listed home has paint peeling off the walls and shabby interiors. But potential homeowners noticed that a few too many zeroes were added to the price on the website 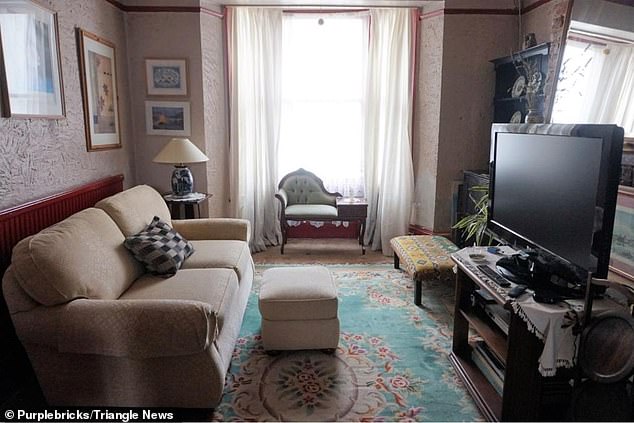 The dull and lacklustre interiors need an overhaul at the mid-terrace home in Folkestone, Kent 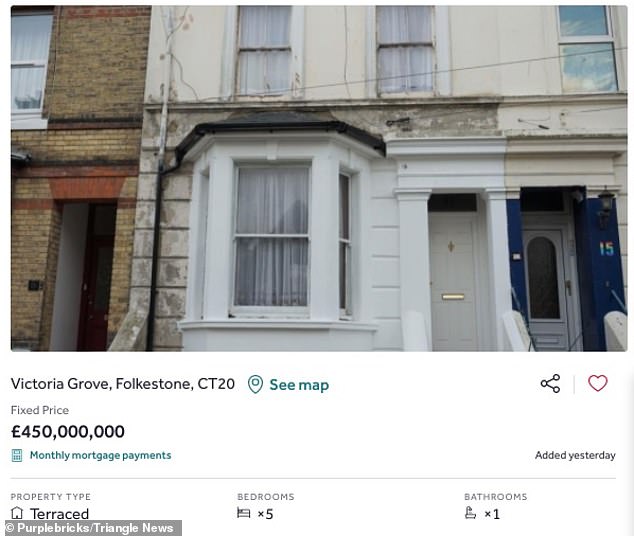 The home, listed by Purplebricks and Rightmove, was listed for a staggering £450million. People were quick to notice the obvious mistake on the five-bed home’s listing

Despite the setbacks, it was marked as being for sale for close to half a billion pounds – which would make it the most expensive home in the country.

Adding insult to injury, after spending £450million on the property, new owners would have had to also fork out £25 per year for a permit to park on the street.

Potential buyers were quick to poke fun at the obvious price listing error.

The mid-terrace in Folkestone, Kent is on the market with Purplebricks and advertised on Rightmove. 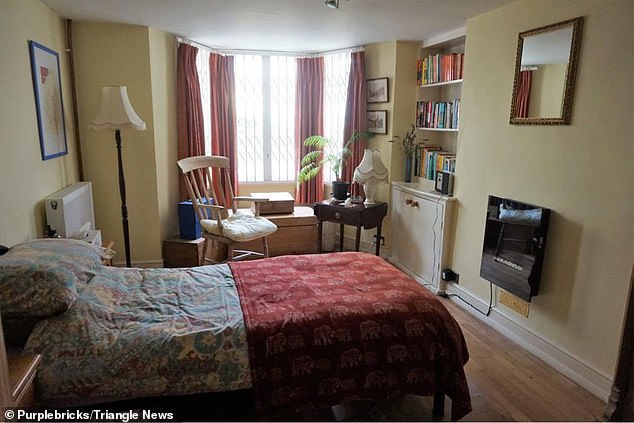 Adding insult to injury, after spending £450million on the property, new owners would have had to also fork out £25 per year for a permit to park on the street 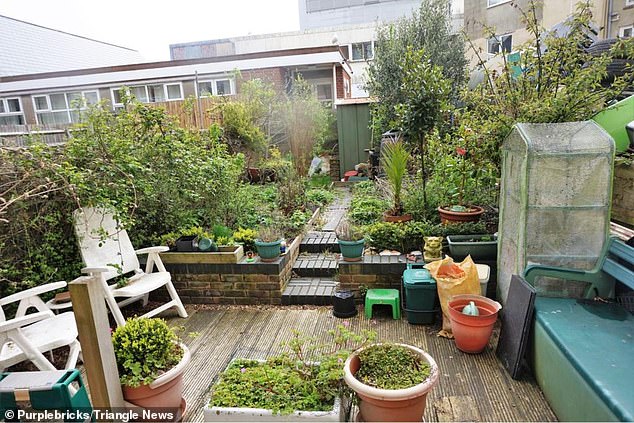 Outside, potential owners are met with an overgrowing garden, white plastic deck chairs, and a small terrace 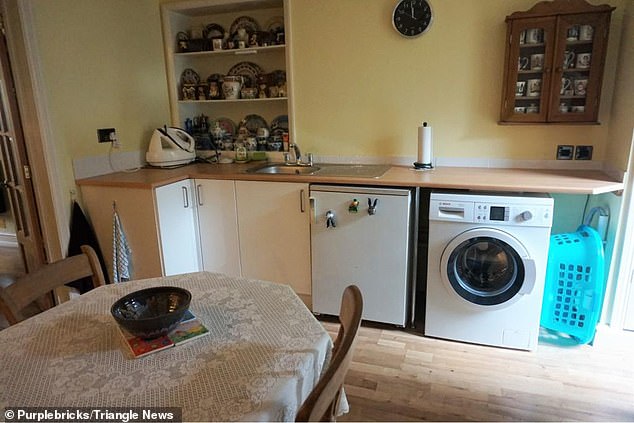 The kitchen in the home needs a refurb, as it’s fitted with outdated appliances

HM Land Registry records show that the home was previously sold for just £5,000 in 1995 – meaning the current owner would be making a massive profit if the listing price was real.

The listing says it is an ‘opportunity to turn Into apartments’ and said it has ‘bags of potential’ and its ‘ideal for those looking for a project.’

It continues: ‘Potential for conversion and extending.

‘A large Victorian mid terraced property with many original features, centrally located within walking distance of the town centre and Folkestone Central station.

‘There is also a good sized, southerly facing walled garden to the rear. 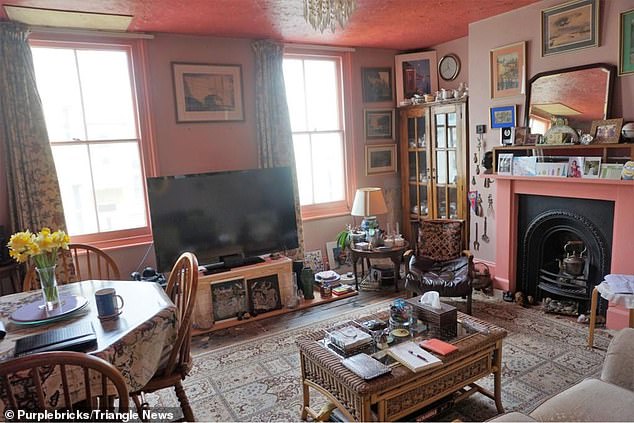 The gaudy, cluttered interiors will need an update – that’s if the new owners can afford one after splashing £450million on the property

The mid-terraced home in Kent has lots of room, including four reception rooms and five bedrooms. However users online jibed at the fact that the house was listed for £450million – which would make it one of the most expensive homes in Britain 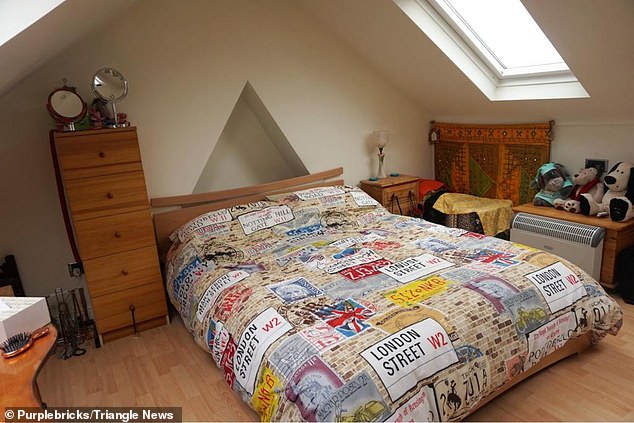 The home boasts five bedrooms – which are spacious but outdated. 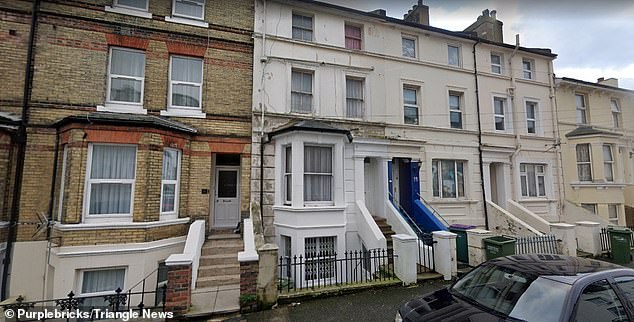 HM Land Registry records show that the home was previously sold for just £5,000 in 1995 – meaning the current owner would be making a massive profit if the listing price was real

‘This property requires some repairs and modernisation.

‘There is residential on street parking currently at a cost of £25 per annum.

‘Viewings strictly by appointment only.’

Britain’s most expensive private home is in Mayfair, west London and is worth £250million.

It is owned by Phones 4 U founder, 68-year-old John Caudwell.

An angler is celebrating today after hauling in a...
Celeb Zone

She’s currently in Mallorca on a romantic getaway.  And on...
Celeb Zone

Jacob Elordi was called gay in the school and...
Celeb Zone

Maura Higgins has spoken for the first time about...
Celeb Zone

A blaze was started in a home under siege...
Celeb Zone

Jennifer Lopez stood out in a colorful outfit while...
- Advertisement -