A parking space confused locals when signs either side of it gave contradictory information about whether drivers were allowed to park there.

The signposts either side of the parking spot at 13 Waterloo Street, Rozelle in Sydney‘s inner west were shared online this week.

To the left of the space, a ‘4P’ metered ticket sign restricts parking to four ticketed hours during day-time hours.

The sign at the right side of the spot, however, notifies drivers they are not allowed to park there at all.

The confusing signs led one person online to dub the space the ‘yeah nah’ parking spot. 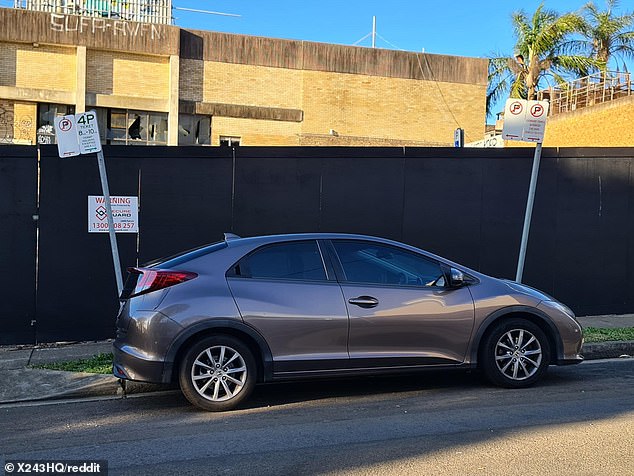 The image, shared on Reddit, showed a car parked between a ‘4P’ sign and a ‘No Parking’ sign (pictured), confusing many locals and leading to a swift fix from the Inner West Council

Others joked the park was either illegal or permissible depending on how the prospective parker entered the spot.

Some commenters invoked the the famous Schrödinger’s cat thought experiment about whether the cat is dead or alive to ask whether a driver would be fined or not fined for parking the spot. 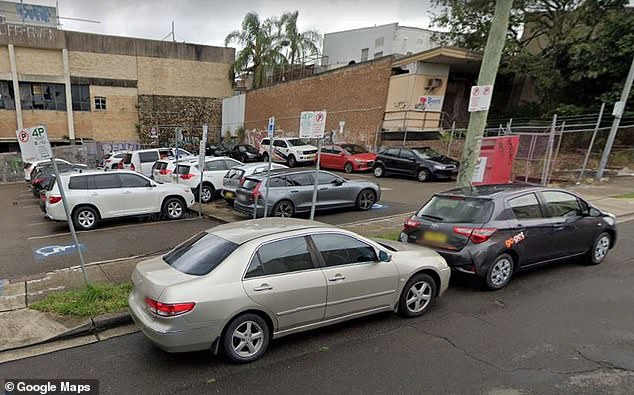 Earlier images of the parking spot show it once had the right signage, but sometime between March 2021 and last Monday an unknown removalist had changed around the signs

Another user quoted Dirty Harry to offer prospective parkers advice about the risk of parking in the spot, asking: ‘Do you feel lucky, punk?’

Earlier satellite images of the parking space show the ‘4P’ sign stood in the spot of the new no parking sign and faced back into the park.

Another user suggested the reading parking signage standards for appealing any ticket received in the spot.

‘Any ticket can likely be appealed if you’re smart enough to find AS 1742, that standard sets the rules for parking signs and this doesn’t conform with the standards,’ he wrote.

Inner West Council later confirmed the no parking sign had been incorrectly moved to the right-hand side of the space.

‘Council apologises for the confusion and will correct the signage as soon as possible,’ a spokesperson told Yahoo News Australia.

New signage had now been installed confirming the spot is a ‘4P’ ticket zone between 8am-10pm.

Jackson Gallagher is a renowned Entertainer, and Model from...
Celeb Zone