David and Samantha Cameron enjoyed a day at the races today as they backed former aide turned jockey Isabel Spearman at Newbury.

Spearman, who was Samantha Cameron’s aide while her husband was Prime Minister, won The Injured Jockeys Fund Charity Race at Newbury.

Although David Cameron‘s time as Prime Minister ended after he picked the wrong side in the EU referendum, luck was in his favour today as he bet on his friend Spearman to win. 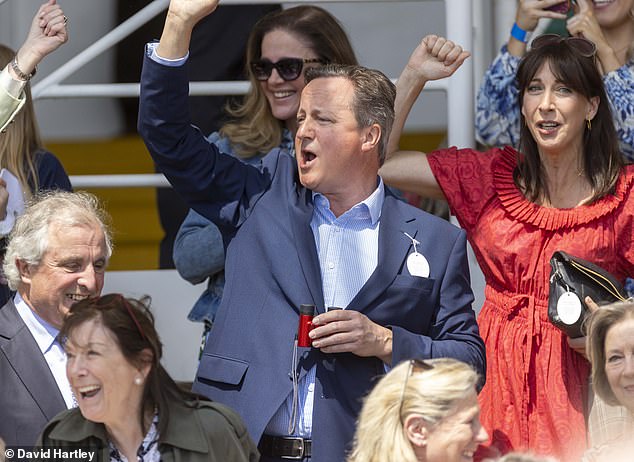 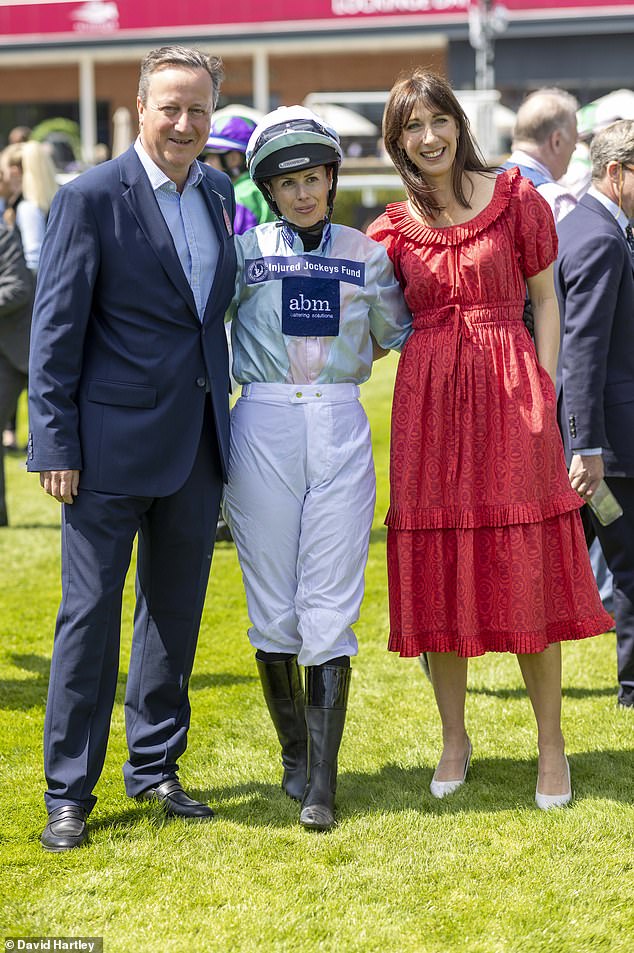 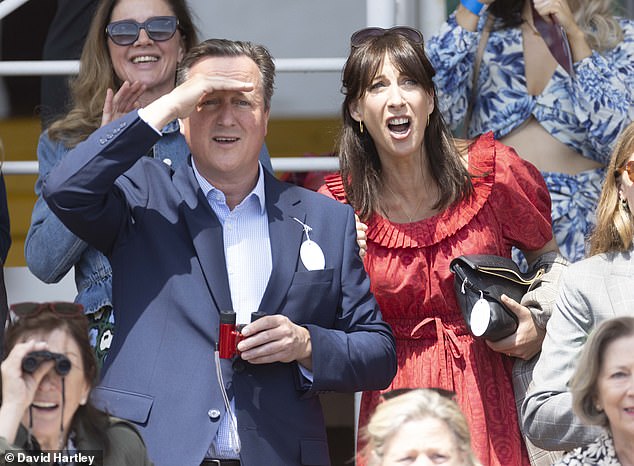 The former Tory leader said the day was ‘absolutely wonderful’.

‘She’s a very old friend and we came along to cheer her on,’ he told the Racing Post. ‘We had no idea she was going to win but luckily my wife said to put a bet on, so happy days.’

He watched on in the glorious sunshine with a pair of red binoculars, matching his wife’s dress made by Cefinn, Samantha Cameron’s clothing label.

While Spearman worked for Samantha Cameron she was in charge of her diary and helping choose her outfits.

Spearman said her horse today was ‘incredible and I was very lucky to ride him’.

Share
Facebook
Twitter
Pinterest
WhatsApp
Previous articleWas Ramy Iskander The Victim Of Belmore Shooting? Died On The Hospital – Details About His Wife & Family
Next articleBling Empire Season 2 Cast: All About The Cast of ‘Bling Empire’ Season 2

Hello everybody and we’re again with a very attention-grabbing ladies’s cricket match that’s going to occur between Sunrisers and...

Who Is Todd Gilchrist? Stacey Baca Husband – What Does He Do For A Living? Details Where Is...

We’re almost one week out from the premiere of Stranger Things season 4 volume 1, and fans of...

Unlike with Bobbi, Frances lies to almost everyone else in her life about her health and what she eventually...
- Advertisement -

It was the year of the Falklands War, when...
Celeb Zone

The members of Take That cut dapper figures at...
Celeb Zone

Nguyen, a Vietnamese model, was born in Vietnam. She...
Celeb Zone

Michael Oher Wife Or Girlfriend: Is He Married...
Celeb Zone

Ashley Van Meter, the Polo proficient, is moving via...
- Advertisement -