Hard-left academics launched a ‘witch-hunt’ against colleagues over differing opinions on gender identity, it was claimed last night.

Members of the University and College Union (UCU) vowed to draw up a list of university backroom staff they suspected of having ‘gender-critical beliefs’, according to leaked meeting minutes.

The revelation sparked outrage, with some employees accusing the group of stifling free speech on campuses. 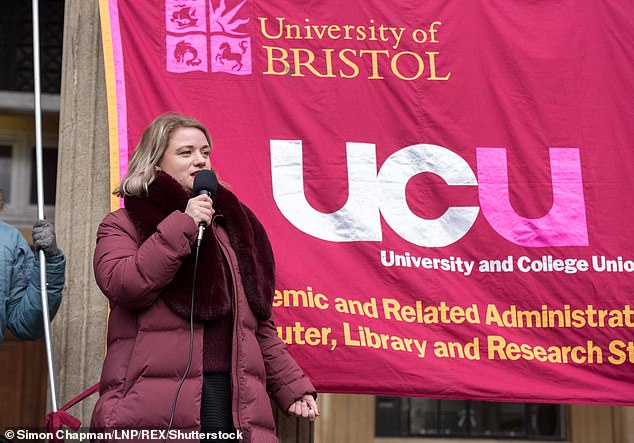 Jo Grady is general secretary of the University and College Union (UCU), which was accused of launching a ‘witch-hunt’ against colleagues over differing opinions on gender identity

Minutes seen by the Times reportedly show that the union was looking to email a survey on the issue to LGBT members.

This would ‘get information about gender critical equality, diversity and inclusion (EDI) consultants…employed in HR departments of various institutions’, the paper reports.

Suggested questions included asking members if they were aware of their institution employing EDI consultants and demanding they be named.

Furthermore, it vowed to ‘inform branches’ if HR staff and consultants were found to be gender critical.

However, the union insists that while it surveyed LGBT members as part of its commitment to equality, diversity and inclusion, it didn’t ask about the views of EDI colleagues, not did it ‘make or keep lists of staff with gender-critical views’.

Nevertheless, academic sources have reacted furiously to the revelations.

One told the Times: ‘These minutes are compelling evidence that UCU is seeking to discriminate against and harass members who believe in sex.’

Last year, feminist philosopher Kathleen Stock has quit her job at the University of Sussex after students carried out a ‘bullying and harassment’ campaign to oust her from her position over a row about transgender rights. 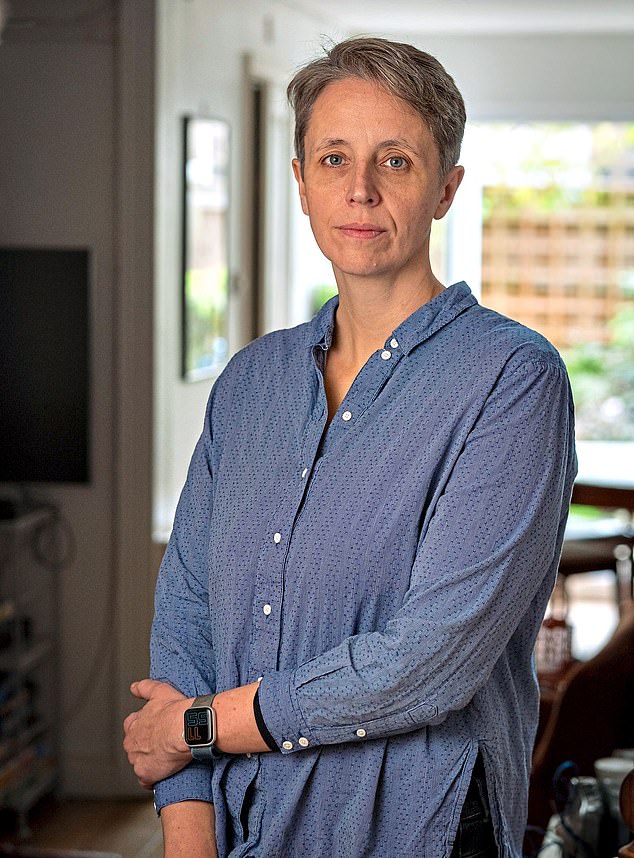 Last year, feminist philosopher Kathleen Stock has quit her job at the University of Sussex after students carried out a ‘bullying and harassment’ campaign to oust her from her position over a row about transgender rights

Professor Stock, 48, an expert in gender and sexual orientation, had been branded a ‘transphobe’ by some outraged students who called for her to be fired.

Posters put up in the tunnel from Falmer station to the university’s campus earlier this month said she ‘makes trans students unsafe’ and ‘we’re not paying £9,250 a year for transphobia’.

Banners saying ‘Stock Out’ had also been held alongside burning flares and scores of people were criticising her online under the Twitter hashtag #ShameOnSussexUni.

The University’s Vice Chancellor Adam Tickell had strongly defended her ‘untrammelled’ right to ‘say what she thinks’, whilst more than 200 academics from other universities signed a letter calling out alleged abuse from ‘trans activist bullies’.

But Professor Stock announced on Twitter that she was ‘sad to announce’ she was leaving her position, and added that she hoped ‘other institutions can learn from this’.

Defiant Kwasi Kwarteng today vowed to push on with more tax cuts despite the nervous market reaction to his...

Deidre DeJear, the Democrat gubernatorial nominee in Iowa, recently received an endorsement from a local organization that has consistently called for...
- Advertisement -

Lucknow, Sep 25 (IANS) Yoga will before long be...
Celeb Zone

The Premier League Is Set For Its Own Netflix Series-style Survival Attempt, Latest Updates, Release Date And News

The Premier League is set for its own Netflix...
Celeb Zone

A family has slammed Phillip Schofield and Holly Willoughby for allegedly...
Celeb Zone

John Farnham’s family have issued a statement on the...
Celeb Zone

They tied the knot in a lavish Hampshire ceremony...
Celeb Zone

Bharti Jaffrey was an unmistakable entertainer and superstar little...
- Advertisement -