Johnny Depp laughed as he held a dog out of a car window, according to Amber Heard’s sister

Johnny Depp laughed as he held a dog out of a car window, according to Amber Heard’s sister. 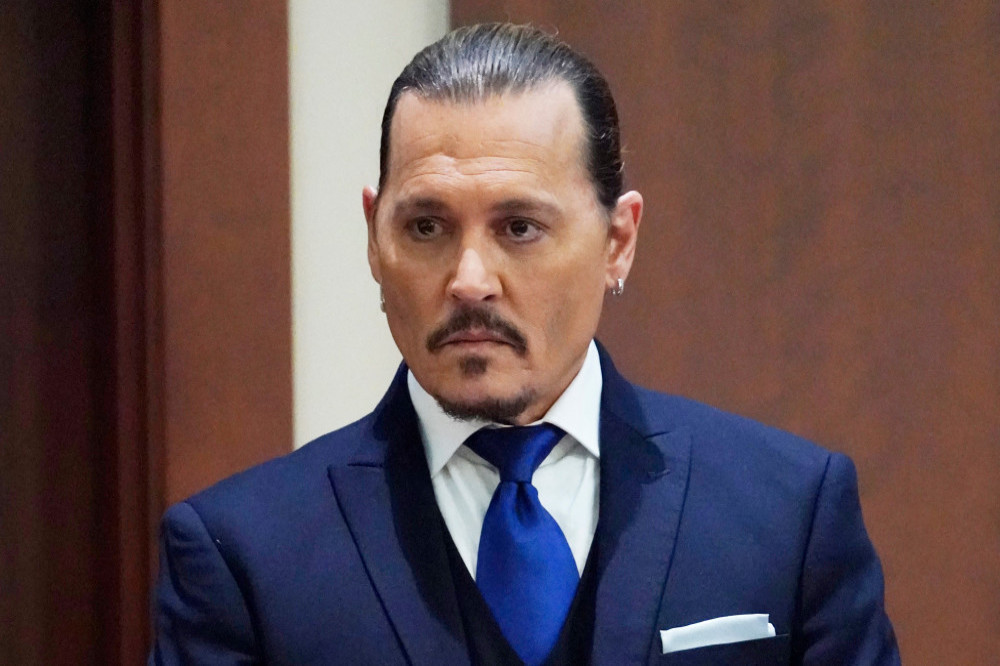 Whitney Henriquez testified how “scared” she was when the “inebriated” ‘Pirates of the Caribbean’ star allegedly dangled the pooch out of the moving vehicle during the high profile libel trial in the city of Fairfax in Virginia.

While taking the stand in court, the 36-year-old actress’ sister claimed: “At some point I heard the back window open and Johnny is holding our dog out the window and I froze.

“I was scared because I just remember thinking I knew how inebriated he was and the dog was very small and I thought if she twitched or if lost her somehow she was just going to go out of the window.”

Whitney detailed how Johnny was “laughing” as he brought the dog back into the car.

She said: “He was laughing – just this really scary, loud cackle.”

“Then he made some joke about putting her in the microwave.”

Whitney outlined that the alleged incident took place when the 58-year-old actor was intoxicated and had just accused Amber of having multiple affairs.

The ‘Aquaman’ star’s sister stated for the record that she had arrived to their temporary accommodation in Orange to find it “filled with smoke” and that Johnny was “slurring” and very angry with his now ex-wife.

Whitney – who has defended her sister in previous libel action made by Johnny as she detailed the toll his alleged abuse has taken on her, such as panic attacks and bruising – alleged that “his speech was slurred,” before explaining that it was difficult to comprehend what he was saying.

She went to claim that her ex brother-in-law was “upset” that Amber had been papped with her pal Marie while in France and he understood it “must have meant she was having an affair with her.”

Whitney testified that Johnny told Amber that “everyone would laugh at” her, before his attention “shifted to a painting on the wall that was done by one of my sister’s exes.”

Whitney alleged that Johnny became “convinced” the painting – which apparently had hung in that spot since they moved in – “was only the wall to taunt and tease him,” and proof she was back together with her former flame.

While addressing the court, she said that during the alleged incident, Amber embraced her then-boyfriend but he told her to “f*** off” and that Whitney saw that Amber’s face was “swollen and red” and that her lip “did appear to be cut”, but did not think much of it she did not know about the alleged abuse.

Whitney told the court that she assumed it was from “crying” and that the alleged cut “wasn’t my focus frankly”.

According to Whitney, she attempted to get Johnny to vacate the premises as he was running late to film a documentary about the Rolling Stones’ Keith Richards.

She claimed that they managed to get him to leave but he insisted on bringing Amber along, and the alleged dog incident took place on the way to set.

Whitney’s allegations come after her sister concluded her own testimony at the defamation trial put forward by Johnny following Amber penning a column in the Washington Post in 2018.

In the op-ed, the Amber wrote that she was a “public figure representing domestic abuse”.

Also in the article – that does not reference Johnny by name – she said: “I spoke up against sexual violence – and faced a culture’s wrath. That has to change.”

Johnny – whose divorce from Amber was finalised in 2017 after two years of marriage – asserts that the piece falsely implies that he is a domestic abuser – an allegation he has strongly denied – which has ruined his Hollywood career therefore is suing for $50 million.

In response, Amber is counter suing for $100 million, claiming that Johnny is leading a “smear campaign” against and called the legal action as a part of ongoing “abuse and harassment”.

Share
Facebook
Twitter
Pinterest
WhatsApp
Previous articleTeyana Taylor Revealed As Firefly On The Masked Singer and Makes A Win, Here Are Details About Her Married Life
Next articleCome learn more about the Apple Watch Series 7 with your favorite iFitness trainers