A man has been dragged to the ground by police after he was allegedly caught carrying a fake pistol.

NSW Police were called to the Great Western Highway in Kingswood, in Sydney‘s west on Sunday afternoon after reports a man had left a nearby pub with a firearm.

The 33-year-old allegedly left the pub and got into a car with a teenage boy and another man inside while armed with what was believed to be a replica gun.

Police arrived and attempted to drag the man out of the car, with footage showing a large group of officers crowding around the vehicle and shouting at him to get out. 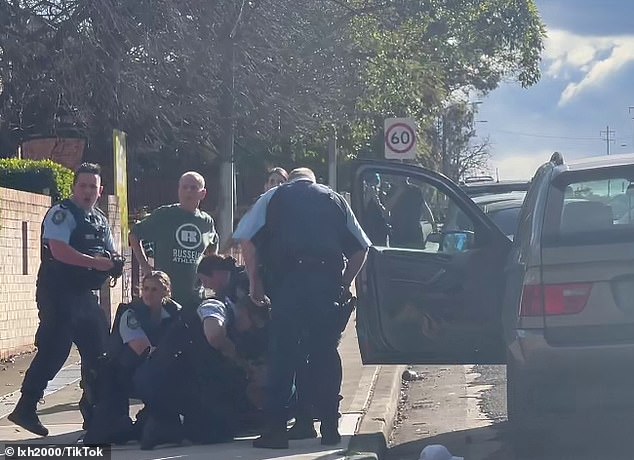 He was eventually pulled onto the ground and held down by the officers before one appeared to knee him and throw punches towards his head.

Another man was seen crouching down to his knees on the footpath with his hands in the air while a bystander ran towards the 33-year-old frantically screaming as he was dragged out of the car.

A child was also heard crying as nearby residents watched on in horror.

The man was taken to the nearby Nepean Hospital before he was charged with possessing an unregistered firearm in a public place and stalk or intimidate with the intention to cause fear of physical harm.

The 33-year-old was refused bail and was due to face court on Monday.

The footage was shared to TikTok and has been viewed more than 80,000 times.

NSW residents must have a permit to own or use an imitation firearm.

NSW Police declined to comment on the amount of force used by officers. 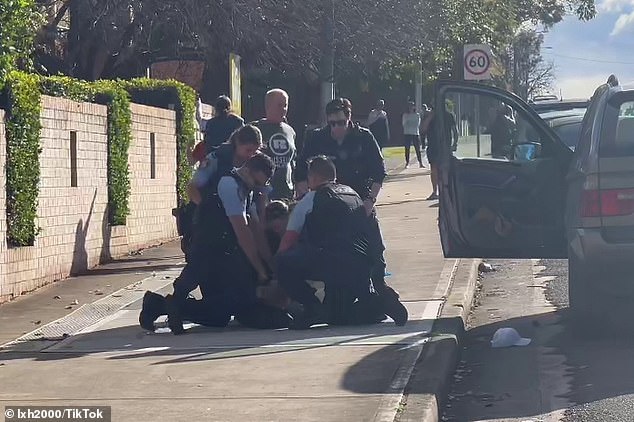 Ever since their inception, The Fantastic Four have faced countless threats over the years, using their abilities as a...

Mijito Vinito Wiki:- Mijito Vinito is an Indian Diplomat who represented India in UNO and other Organizations at International Level. On...
- Advertisement -