She’s been soaking up the sun during a relaxing getaway to Marbella.

And Lauryn Goodman flaunted her toned abs and pert bottom in an ombre string bikini as she enjoyed a beach day in the Spanish city on Friday.

The model, 31, looked sensational in the orange and peach toned two-piece as she added a chic pair of oversized black sunglasses to accessorise. 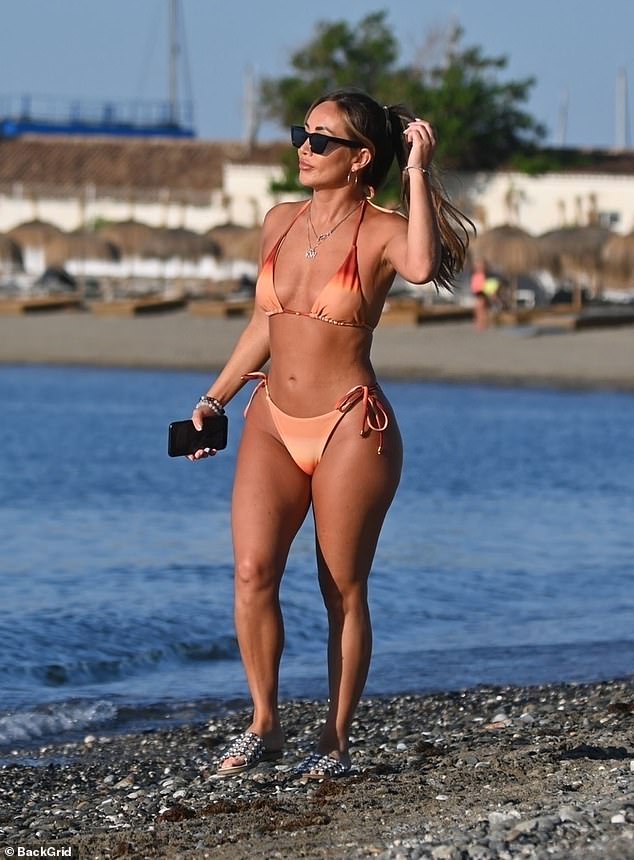 Stunning: Lauryn Goodman, 31, flaunted her toned abs and pert bottom in an ombre string bikini during a beach day in Marbella on Friday

Lauryn pulled her long brunette locks back into a high ponytail with face framing blonde sections.

She wore simple gold jewellery including a necklace that featured her son’s initials, and some hoop earrings.

To complete her look she slipped into a pair of flat sandals that were encrusted with silver jewels. 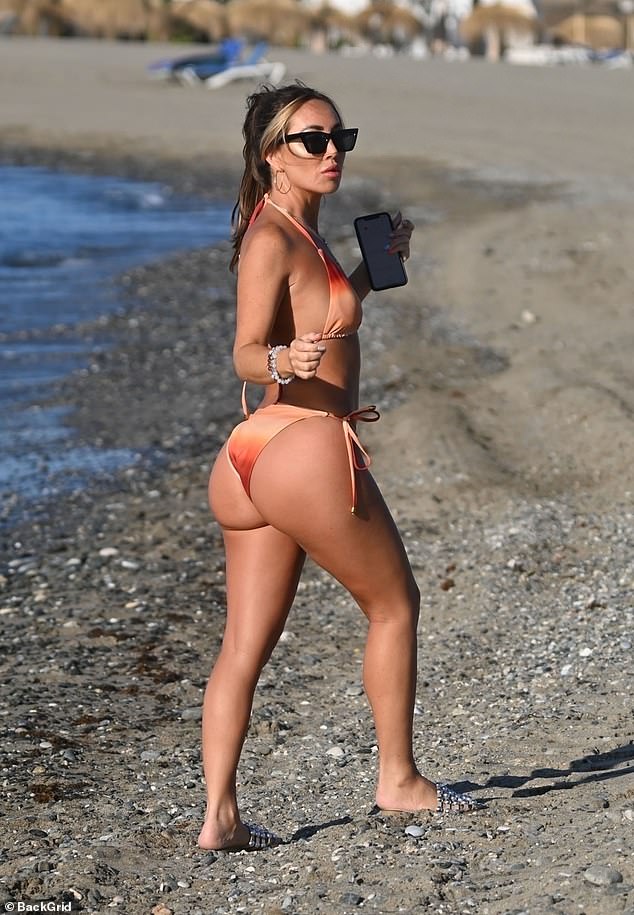 Beach babe: She looked sensational in the orange and peach toned two-piece as she added a chic pair of oversized black sunglasses to accessorise

Last month, the mother-of-one left the High Court after the latest round of her legal row with footballer former flame Kyle Walker, 32.

Lauryn shared a brief romance with the England and Manchester City defender in 2019 and they have a son called Kairo, two.

The exes welcomed their son in April 2020 after conceiving the youngster during a short relationship amid Kyle’s temporary split from his long time girlfriend, Annie Kilner who he secretly married late last year.

Kyle and Lauryn have had a complicated co-parenting relationship over the past few years. 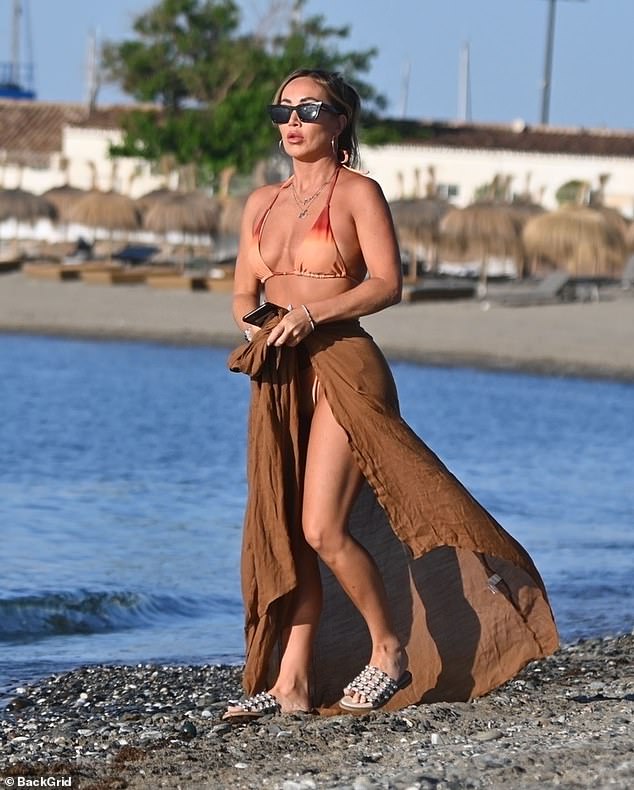 Radiant: The model tied a brown sarong around her waist to complete her stylish look

Last summer, Lauryn lashed out at Kyle after the defender unveiled a pair of bespoke football boots bearing the names of each of his children with Annie, who he secretly married in 2021, but not Kairo.

The mother-of-one again took a swipe at the footballer after he was recently caught urinating on the wall of a £260-a-night hotel.

She quipped that their son ‘isn’t the only one who needs to be potty trained’ after news emerged of the incident.

Horrified guests caught Kyle urinating on the hotel wall instead of using toilets inside after he was spotted in a beer garden.

The incident happened outside The Bridge in Prestbury, Cheshire, at about 3.25pm on Sunday April 17 – approximately 24 hours after his side lost in the FA Cup semi-final to Liverpool at Wembley Stadium. 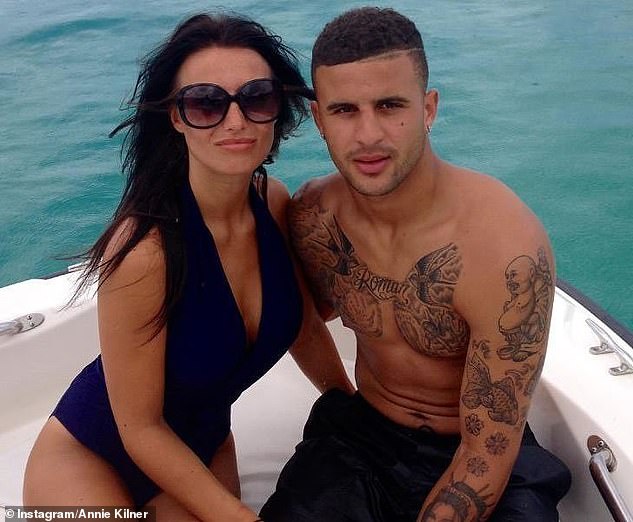 Ex factor: Lauryn shared a brief romance with England and Manchester City defender Kyle Walker, 32, (pictured with wife Annie Kilner) in 2019 and they have a son called Kairo, two

The Duke and Duchess of Sussex will visit the UK next month for the first time since the Platinum...

Blake Lively has kickstarted her 34th birthday celebrations in...
- Advertisement -