Liam Payne made his first public appearance with new girlfriend Aliana Mawla on Monday, weeks after breaking off his engagement to Texan model Maya Henry.

The former One Direction star was arm in arm with the attractive brunette, who bears a striking resemblance to his former fiancée, after arriving at Heathrow Airport that morning.

The new couple looked drained as they made their way across the terminal following an eventful flight from Los Angeles, during which a shirtless Liam had made the questionable decision to share a video of himself flexing his abs. 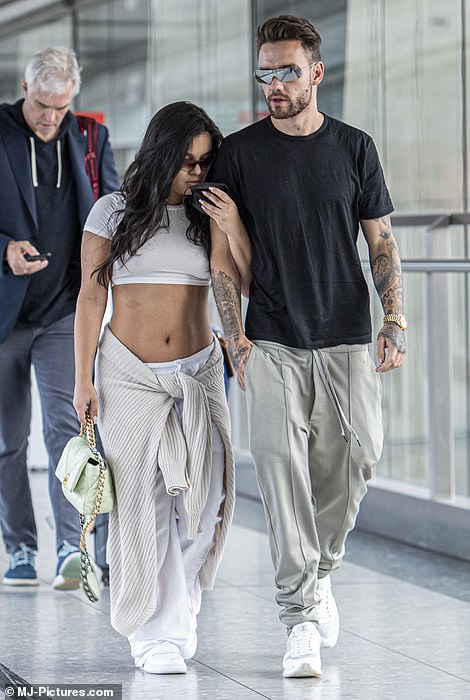 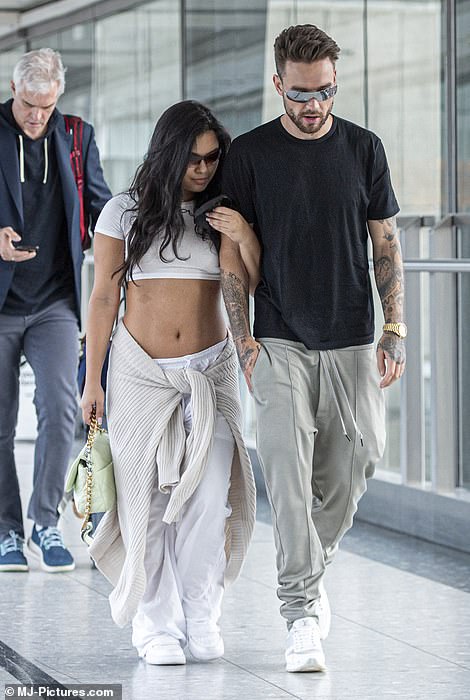 Here they come: Liam Payne made his first public appearance with new girlfriend Aliana Mawla on Monday, weeks after breaking off his engagement to Texan model Maya Henry 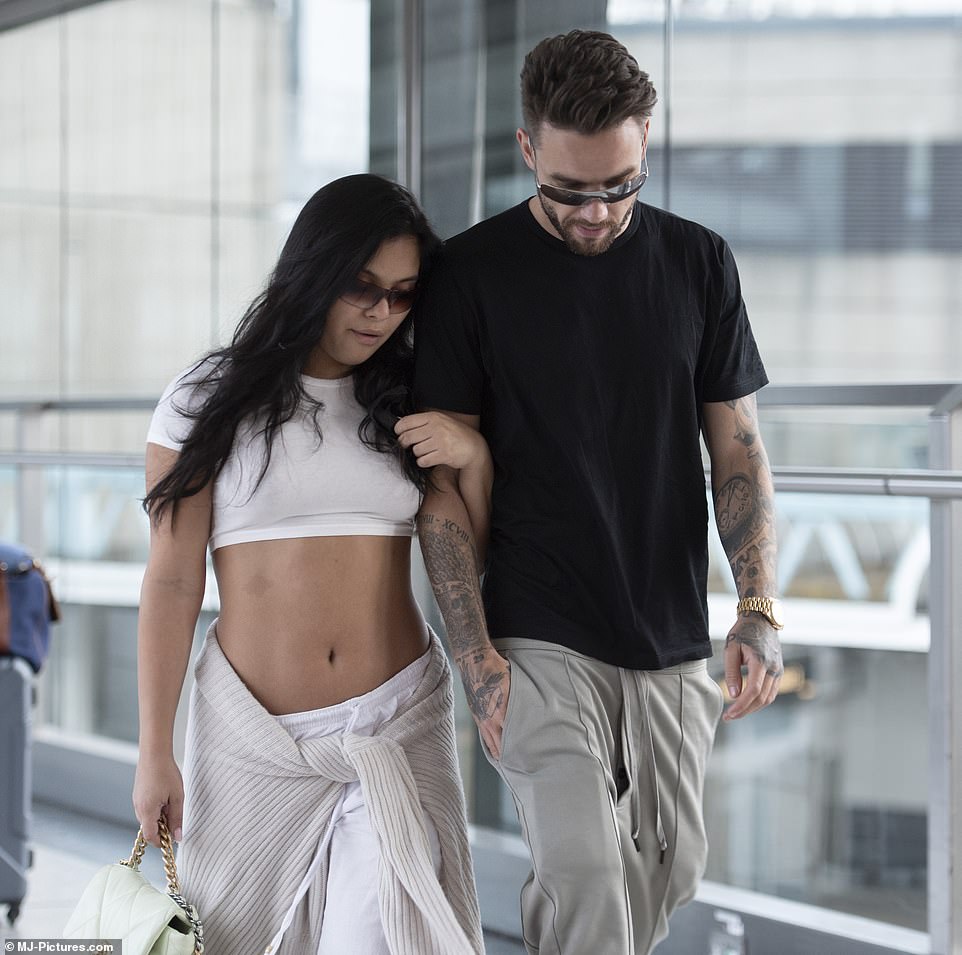 Tired: The new couple looked drained as they made their way across Heathrow following an eventful flight from Los Angeles

As exclusively confirmed by MailOnline, Liam and Maya separated indefinitely last month after previously calling off their engagement in June 2021 – only to rekindle their romance two months later.

Confirmation of their breakup comes just hours after photos of the singer with his arms wrapped around American model Aliana, 24, emerged on a fan Instagram account on Monday, as well as of the pair holding hands.

Aliana, who boasts 300,000 Instagram followers, starred in Liam’s 2018 music video for J.Balvin collaboration, Familiar, and proudly promoted her sultry appearance in the music video via an Instagram post.

Appearing to confirm their new romance, Aliana posted several romantic snaps of the pair together.

Despite their end of their relationship, Maya referred to Liam as her ‘fiancé’ in the post’s comments section, which those close to the former X Factor finalist have slammed as ‘very misleading’.

A source told MailOnline: ‘Liam and Maya are no longer together and split up for good over a month ago.

‘Maya’s comments referring to Liam as her fiancé are untrue and very misleading.’

After the images emerged, the Texas-native wrote: ‘I love all of the fans so much but please stop sending me these pictures of my fiancé wrapped around another woman.

Just to follow up on a post from earlier tonight, the Pima County Democratic Party is explaining this now-deleted...
- Advertisement -

He was the man who promised to ‘give you...
Celeb Zone