The Chancellor has blamed the Whitehall blob for frustrating attempts to boost Britain’s energy supply.

In a briefing with Tory MPs, he called on departments to take on risk and accept that some projects might fail.

He also warned that without urgent action the party risked looking like former Liberal Democrat leader Nick Clegg, who opposed new nuclear projects in 2010 because they would not come online ‘until 2022’. 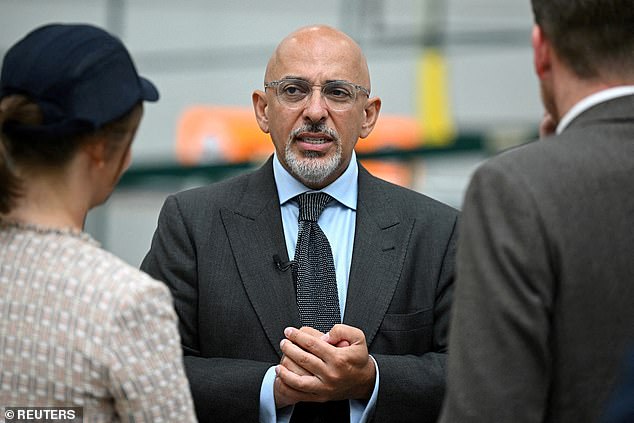 A source on the call told The Sun he launched into ‘an impassioned speech against Treasury orthodoxy on caution and bean-counting’, adding: ‘We agree things at Cabinet and then the Treasury spends too much energy and time and resources trying to shackle it and hold it back.’

He said: ‘If we don’t hold risk, investment will think we are not serious and it will go elsewhere.

‘Just look at the Nick Clegg meme on nuclear energy. We don’t want people looking back at us in ten years like that.’

The comments mirror those made by Boris Johnson in his last appearance at the despatch box in parliament as Prime Minister, in which he took a swipe at Treasury bean counters.

Mr Zahawi urged Tory MPs to counter criticism over rising energy bills, which are expected to top £4,200 per year this winter, by reminding voters Vladimir Putin is to blame. 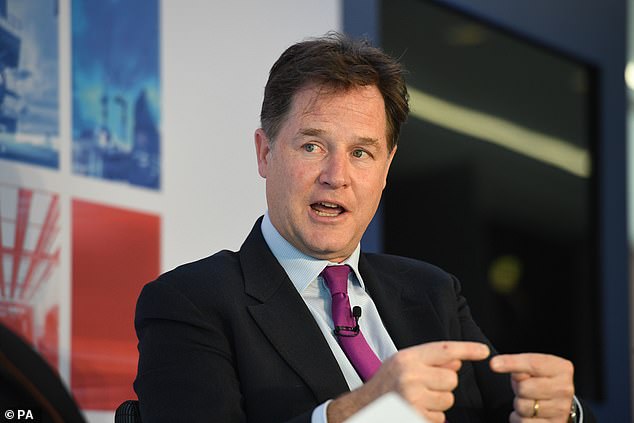 Former Liberal Democrat Leader Nick Clegg, who said he opposed new nuclear projects in 2010 because they would not come online ‘until 2022’

Sources said the Chancellor blamed mandarins for Britain’s failure to replace lost gas storage and for refusing to back strategic investment in artificial intelligence.

He also blamed civil servants for the moratoria on fracking, which was put on ice after the Oil and Gas Authority (now renamed the North Sea Transition Authority), a quango linked to the Department for Business, Energy and Industrial Strategy, published a report warning it was not possible to predict the magnitude of earthquakes.

Official figures this week showed real-terms pay falling at the sharpest pace on record and annual inflation topped 10 per cent for the first time in four decades.

‘Acute concerns’ about the cost of living crisis and the bleak economic outlook sent GfK’s index of consumer confidence down sharply this month.

A slide of three points to minus 44 – the lowest level since the survey began in 1974 – was driven by a ‘sense of exasperation’ about the UK economy.

Joe Staton, client strategy director at GfK, said: ‘With headline after headline revealing record inflation eroding household buying power, the strain on the personal finances of many in the UK is alarming.’

The Office for National Statistics, using Bank of England data, also revealed that spending on credit and debit cards fell by 7 per cent last week.

Chema Rivas Wiki:- Chema Rivas is an R&B Musician & Singer who is best known for his credit ”Mil Tequilas”...
- Advertisement -

Kim Mulkey wedded her previous spouse, Randy Robertson, in 1987, however tragically, they isolated in 2006. Be that as...

Hayley Atwell dressed to impress as she attended the BFI...
- Advertisement -