A pub landlord who said he enjoyed ‘Carry On’ style banter with staff and customers groped three of his barmaids by putting cash down their bras.

Peter Hayball — who was dubbed ‘Pete the Perv’ by local women who used to drink at his pub — was convicted of sexually assaulting three of his female staff.

The 56-year-old also made lewd comments and was obsessed with their breasts.

He was jailed for a total of 18 months at Exeter Crown Court today.

Recorder Christopher Quinlan QC said Hayball pulled down the women’s tops and tried to push cash into their bras when he was alone with them after shifts.

The judge said: ‘You plainly took advantage of your position as an employer and created a situation where the two of you were alone.’ 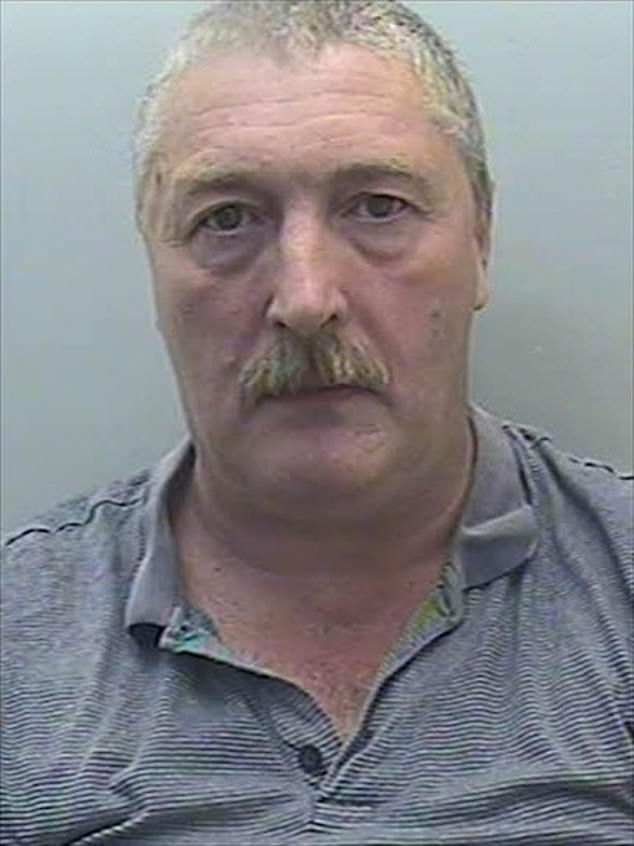 He said Hayball accepted making sexual comments and one victim said he looked at her breasts a lot while talking to her.

She said Hayball told her: ‘I bet you’re a right goer in the bedroom’.

The court heard that he touched the naked breasts of two of the barmaids and the third woman blocked his hand from doing so, when he pushed cash in to their tops which he had pulled down.

One victim said she loved being a barmaid but had been left feeling worthless because he was in a position of power and was paying them to work.

She has not done bar work again.

Hayball, of South Chard, Somerset, had denied all 13 counts of sexual assault against four different women between 2016 to 2018.

Prosecutor Mary McCarthy said the women worked for Hayball when he was running a pub in Devon as well as a mobile bar, but they did not complain to police at the time, although two left because of his behaviour.

He denied any deliberate touching when interviewed by police but said there had been some innocent ‘horseplay’ with one of the women.

He claimed the allegations were made up, any touching was accidental or his ‘innuendos’ misinterpreted.

He told the jury that one of his accusers had ‘thrust her breasts into my hands’ while saying she wanted a breast enlargement, and another bared her breasts while he was ‘doing the glasses’. 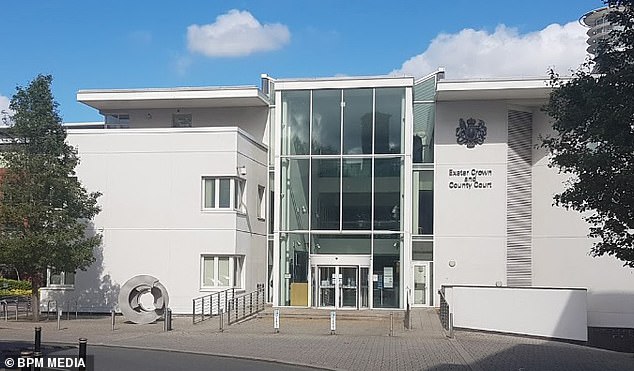 Exeter Crown Court (pictured) heard that he touched the naked breasts of two of the barmaids and the third woman blocked his hand from doing so, when he pushed cash in to their tops which he had pulled down

Hayball said he used ‘Carry On’ humour — a reference to the sexual innuendo comedy films from 50 years ago — to talk to staff and customers but claimed it never went beyond a joke.

He claimed it was just ‘horseplay’ in a pub environment but said he was a gentleman who feared being politically correct.

Miss McCarthy said the publican carried out a ‘campaign of opportunistic sexual assaults on female members of staff while they were at work’.

Emily Cook, defending, said Hayball still maintained his innocence but was sorry for the upset to the victims and accepts he needs to ‘address his behaviour to women’.

One former female customer said: ‘He was a creep. He would look at you and say things when you walked up to the bar. I just ignored him. But he was known as Pete the Perv.’

Follow us on Telegram for the latest updates: Over a hundred people waited outside The Cathay at 7:20pm...

A gunman who opened fire inside a Danish shopping mall on Sunday - killing three and critically wounding four...

David Maldonaldo is the excellent suspect in the hijacking...
Celeb Zone

Stella McCartney put on a cosy display with her...
Celeb Zone

Shoujo is a content maker and video decoration on...
Celeb Zone

A body modifier convicted of manslaughter after a silicon...
- Advertisement -