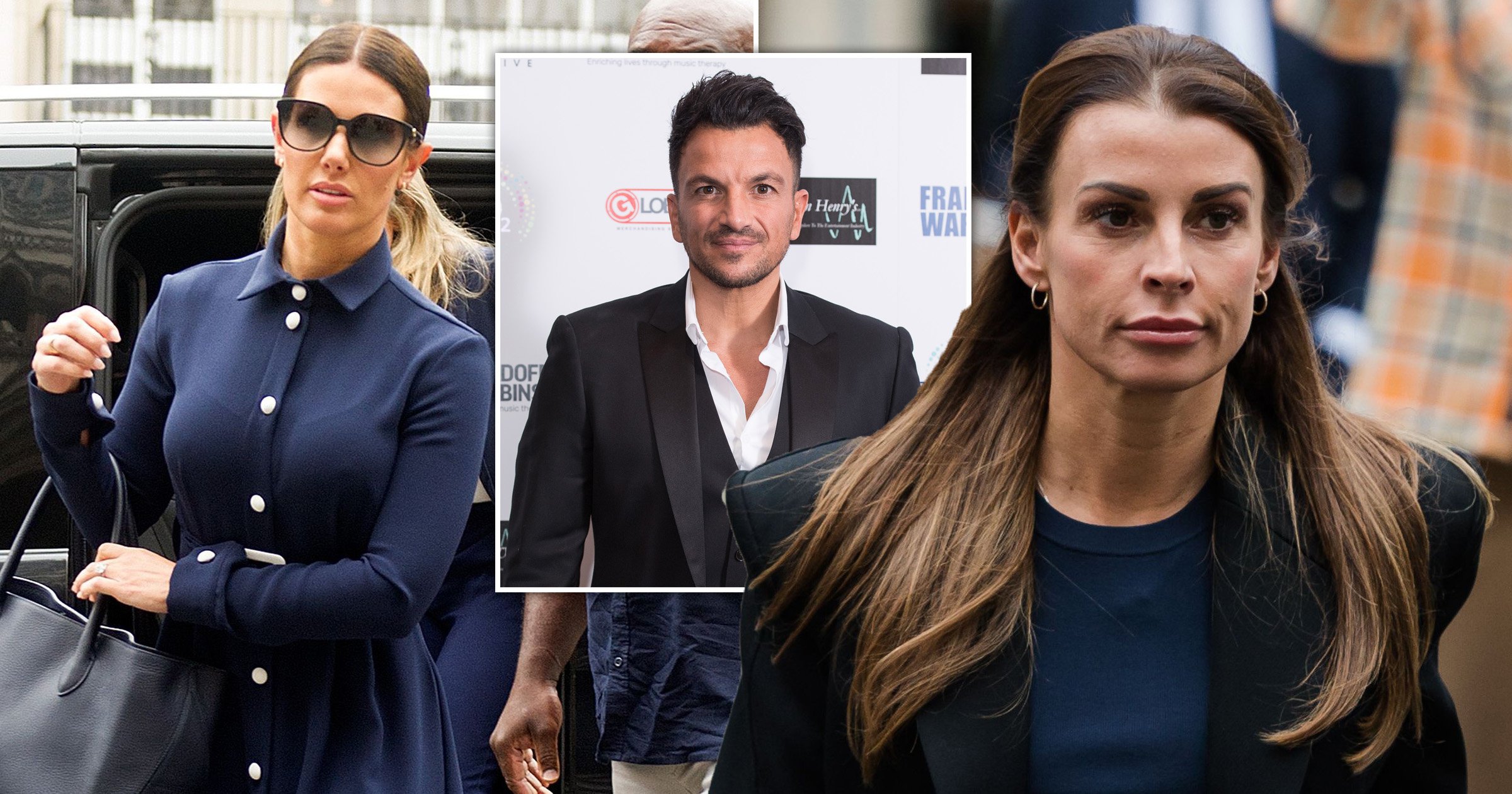 During the trial on Wednesday, remarks were made regarding Peter, 49, with Rebekah admitting she regretted making unkind remarks about him in a 2004 interview.

Peter responded on Instagram on Thursday, claiming that he had been dealing with these “jokes” for “15 years.”

He continued: “It’s brought up again, the only one that sits there and takes hit after hit about it is me. I’ve been laughing about it for a while but think about how it would feel if it was the other way round, and that’s all I’m saying.

My thoughts on Rebekah V : Here I was this morning sat in my robe feeling like I had to say something. Feel free to come to your own conclusion. Sorry to Emily and the children that have had to see and hear some not very nice things. Love from the Aussie Brit Greek ♥️♥️♥️ pic.twitter.com/KEjceIpGkD

Peter also apologised to his wife Emily and his children, who have ‘had to see and hear some not very nice things’.

He wrote in the caption: “Here I was this morning sat in my robe feeling like I had to say something. Feel free to come to your own conclusion.

Peter Andre has released a statement

“Just a couple of things first. Sorry to Emily and the children that have had to see and hear some not very nice things.

“To be fair the media are very kind to me in general. Thirdly, you all know I like to take the p*** out of myself but Maybe I felt a bit vulnerable this morning. “

Someone else said: “When people say such nasty things, they don’t think about the impact it can have on not only that person but also their loved ones.

Rebekah Vardy is appearing in court this week

“You’ve handled it with such dignity and grace 👏👏👏”

While a third person added: “Well done for speaking out about it @peterandre 👏 You are only human after all, with real feelings.

“Let’s hope all this disappears once & for all. Don’t let this beat you, because you are better then that. Sending so much love to you & all your beautiful Family 💞 #bekind.”

The court case comes after Coleen Rooney accused Rebekah of leaking ‘false stories’ about her private life to the media in October 2019.

A former FBI special agent speculated that the Department of Justice may have pushed hard for the bureau to...

Fashion designer Diane von Furstenberg, 75, stunned fans with a new selfie in which she showcased her enviable figure...
- Advertisement -

Follow us on Telegram for the latest updates: Sanna Marin, the prime minister of Finland, has come under...

Multiple dead as two planes smash into each other in California