The final struggles of a gecko as it was caught and eaten by a white-throated kingfisher have been captured on camera by a car mechanic and amateur photographer.

The photos, taken by 49-year-old Eyal Amer, show in stunning detail the gecko looking down the throat of its predator just seconds before it was eaten.

Mr Amer encountered the scene near his home in the small village of Julius, northern Israel.

He witnessed the kingfisher swoop down to the ground and attack the gecko before flying to safety with the insect in its mouth. 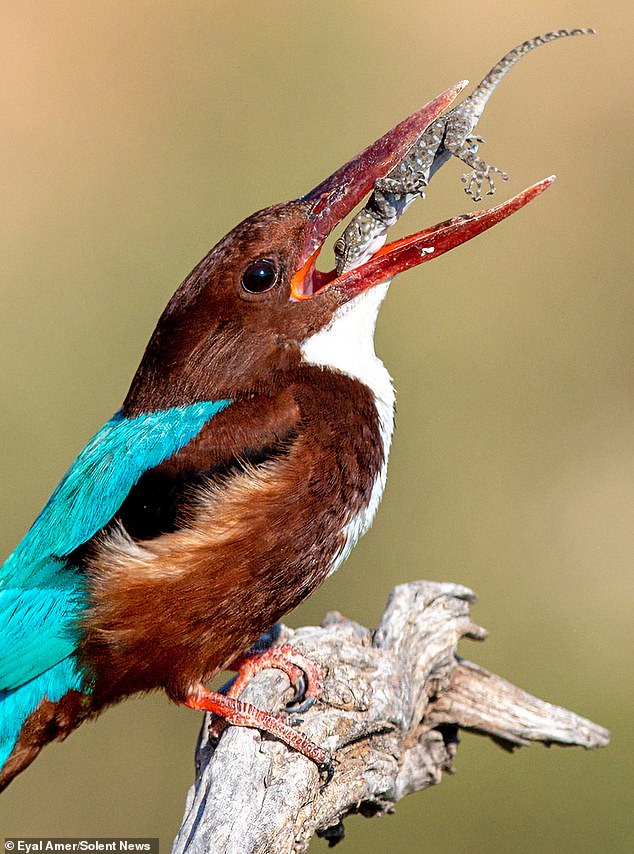 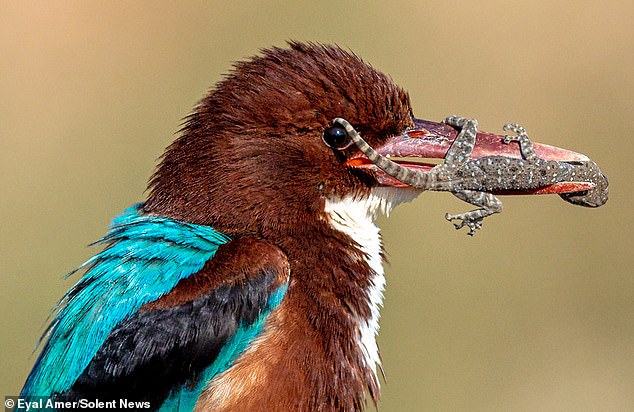 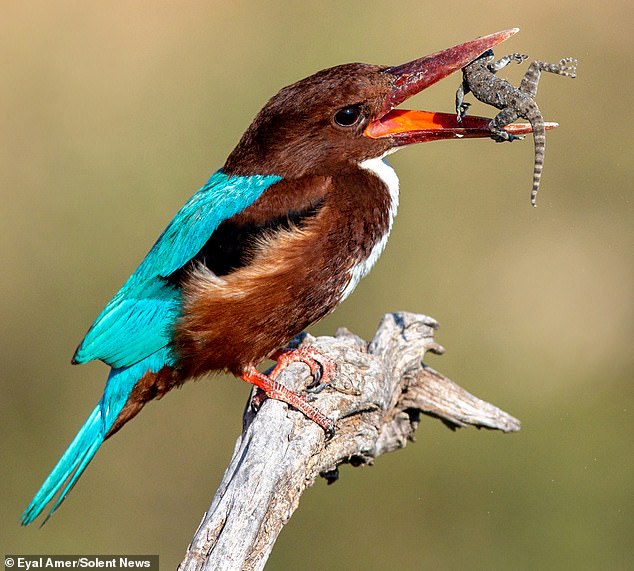 Photographer Eyal Amer captured the photos in his hometown of Julius, northern Israel

The bird then perched on a stick and made some cries before swallowing the gecko whole.

White-throated kingfishers, notable for not only their white chest feathers but also their bright blue backs and reddish-orange bills, are found across southern Asia and the Middle East.

They are large kingfishers, around 11 inches in length, and feed on a wide range of prey including small reptiles, amphibians, crabs, small rodents and even other birds. 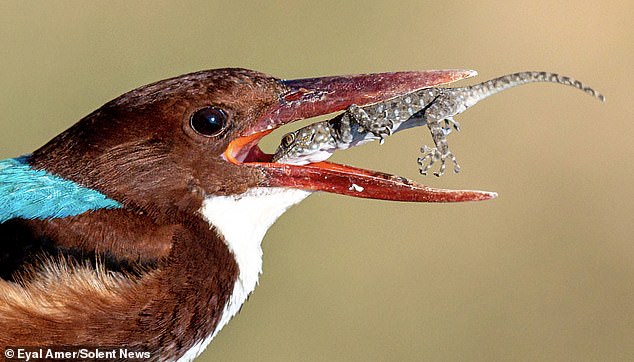 Notable for their bright blue back, white-throated kingfishers prey on reptiles, small rodents and even other birds 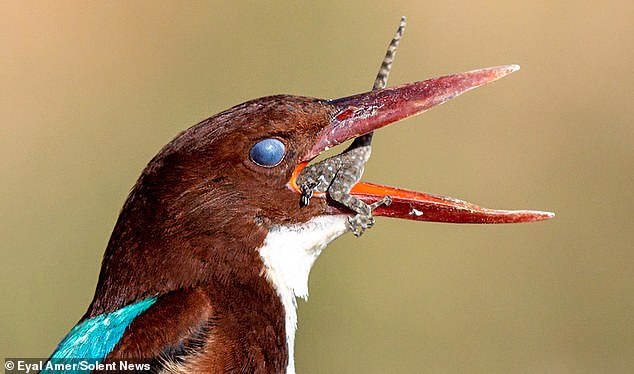 He said: ‘My photographs are incredibly varied and I enjoy using many different photography styles.’

The 49-year-old said he used a Nikon DSLR camera with a 400mm lens to capture these photos.

Mila Kunis and Ashton Kutcher don’t close the door while going to the bathroom at home — and it’s...

Cosplay gives fans the opportunity to get creative with their favorite anime characters. Some cosplayers prefer to meticulously...

Ahead, we investigate who is Mia Jeal dating now, who has she dated, Mia Jeal’s sweetheart, past connections and...

The Biden administration announced it would again reduce payments to Medicare physicians, this time by 8.42 percent. According to a...
- Advertisement -