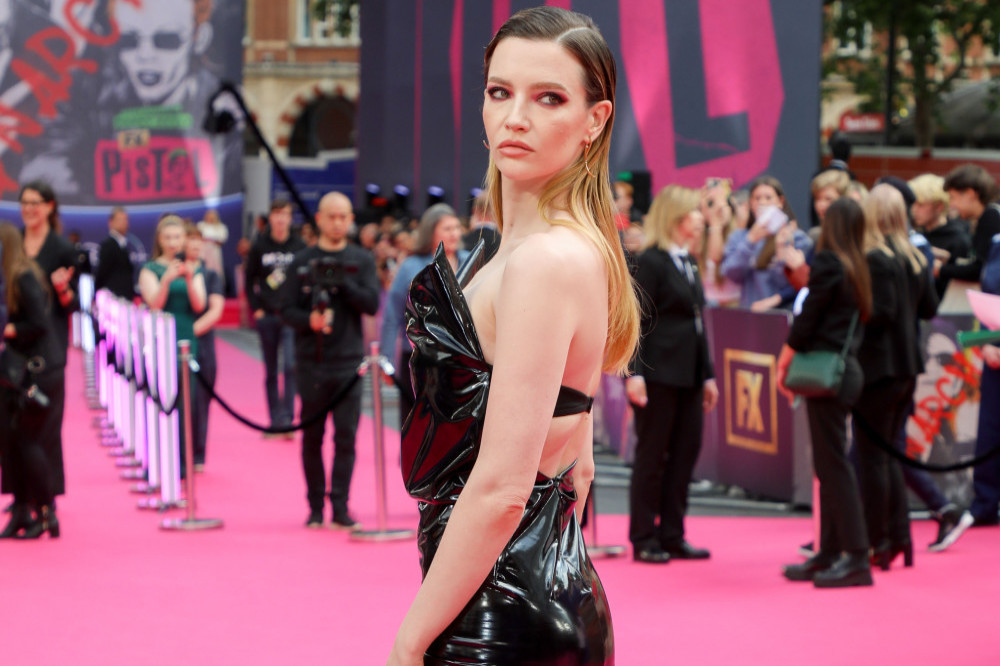 The 36-year-old actress portrays the legendary fashion designer in the hotly-anticipated miniseries and was uncertain about taking the role because of her lack of fashion knowledge.

Speaking about bringing Vivienne to life on screen, Talulah exclusively told BANG Showbiz at the global premiere of ‘Pistol’ in London’s Leicester Square on Monday (23.05.22): “It was very intimidating. I don’t have much of an indication when it comes to fashion so I was not typecast in this situation.”

Talulah explained how she was able to meet with Vivienne before filming started and was able to get a feel for her performance of Westwood – who was in a relationship with Sex Pistols manager Malcolm McLaren and designed clothing for the iconic band.

The ‘Bloodshot’ star said: “She was kind enough to meet with me before we started filming so I was able to get a feel for her physicality and hear about her experience at the time.”

‘Pistol’ has been embroiled in controversy as lead singer John Lydon took his bandmates to court over the use of the Sex Pistols’ music in the show and Talulah hopes he takes the time to watch the programme – which will debut on Disney+ on May 31.

She said: “He probably won’t watch it. Personally I’m a big fan of Johnny Rotten so I hope that he does.”

The series tells the story of the band’s rise to prominence during the 1970s and Talulah likened the show to a “period drama” for bringing the past back to life.

She said: “It was quite funny because I don’t think of the 70s as being that long ago really, I was born in the mid-80s so the 70s doesn’t seem that long ago.

“But when we were doing the show and putting on the costumes and the wigs and the cars and the set design it suddenly felt like we were doing a period drama. It reminded me of how quickly things change.”

On Thursday, a Louisiana man was indicted for murdering his pregnant girlfriend and her 2-year-old...
- Advertisement -