Liberal MP Tim Wilson has lost his seat after he was ambushed at a polling booth with a ‘wheel of shame’ mocking him and criticising his political positions.

Mr Wilson was defeated in the seat of Goldstein, which he was elected to in 2016, with a massive 13.2 per cent swing against him to independent Zoe Daniel.

Ms Daniels, a former ABC reporter, is one of the ‘teal independents’ targeting affluent Liberal-held seats to appeal to economically conservative voters who want more action on climate change. 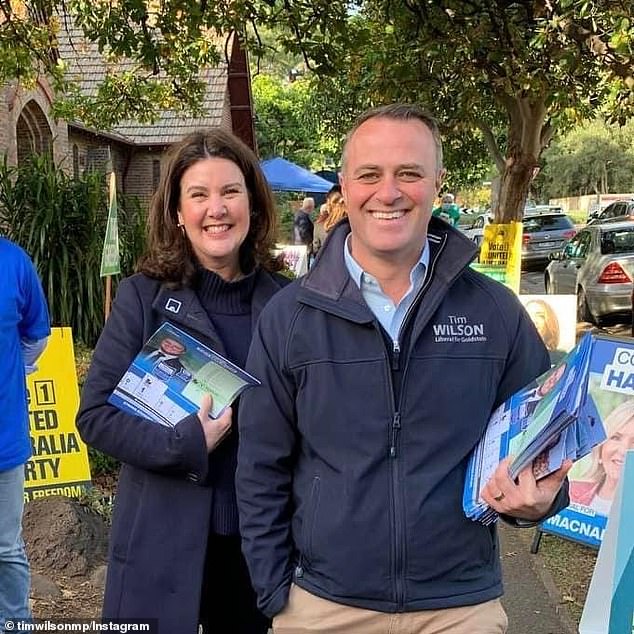 Tim Wilson (right) is fighting to hold the seat of Goldstein, which he was elected to in 2016, with internal Liberal Party polling indicating he is set to lose on Saturday 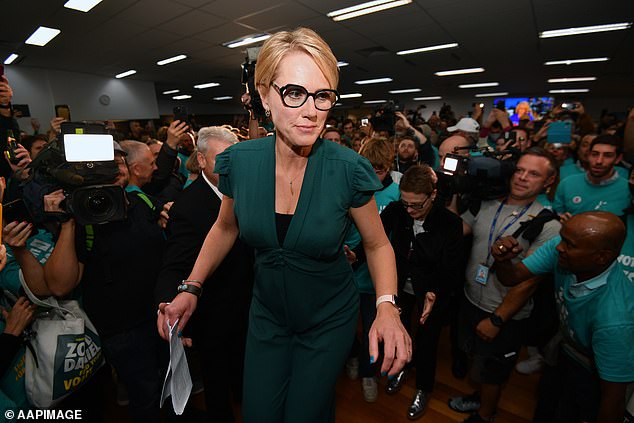 Ms Daniels paid tribute to feminist activist Vida Goldstein, after whom the electorate was named.

‘She ran as an independent several times because she was so independent that she couldn’t bring herself to run for either of the major parties,’ she said.

‘Vida was not elected. This seat is in her name and today I take her rightful place.’

Mr Wilson was ambushed last Saturday with a Wheel of Fortune-style prop labelled ‘Spin Tim and his Wheel of Shame’ during early voting.

The scene at Holy Trinity Anglican Church last Saturday heated up when Mr Wilson and his staff got wind of the unflattering wheel and confronted the two women.

A volunteer for another candidate told Daily Mail Australia that Mr Wilson took such issue with the prop’s content that he accused the pair of homophobia.

‘He was composed but angry, he asked them to leave and turned to the rest of the polling booth and yelled “they’re homophobes!”,’ they said.

‘When they wouldn’t leave, he walked away and tried to ignore them as much as possible.’

Mr Wilson is one of only a few openly gay members of parliament in Australia, and married Ryan Bolger on March 11, 2018, after campaigning for marriage equality.

However, the volunteer said one of Mr Wilson’s staffers was less restrained and persistently confronted the two women about the wheel.

‘He accused them of “gutter politics” and homophobia and really got in their faces until Mr Wilson and [Liberal senator] Jane Hume had to intervene,’ they said.

The two politicians told the staffer to leave the polling area and cool off, witnesses said. 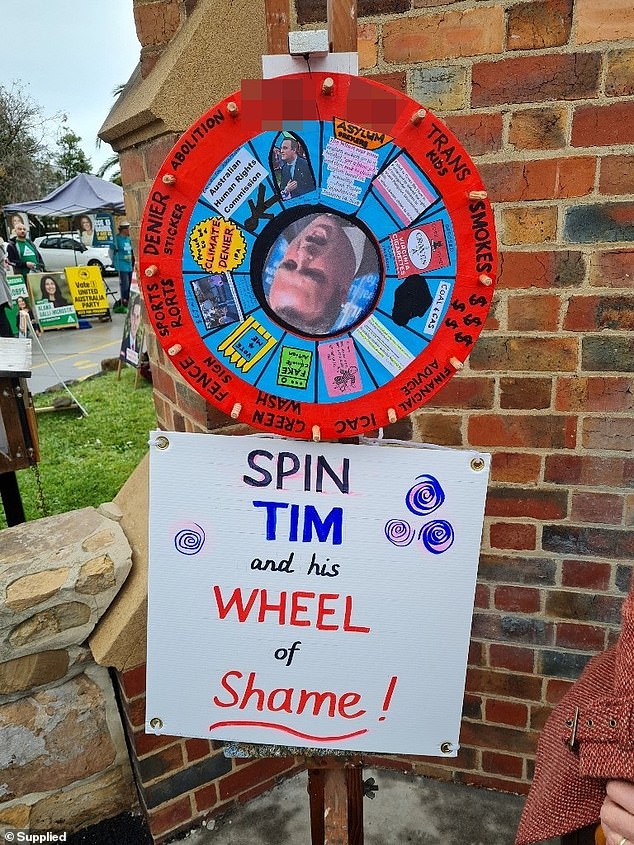 The Wheel of Fortune-style prop labelled ‘Spin Tim and his Wheel of Shame’ was erected by two women at the early voting station in Hampton, in southeast Melbourne

‘The Australian Electoral Commission staff came out a few times but They were only concerned that the wheel not obstruct the footpath,’ they said.

The wheel had 12 sections, each referring to a political position or something Mr Wilson did in office the women found objectionable.

On section read ‘b**w job’ in reference to comments Mr Wilson made in January 2016 when he was human rights commissioner.

He claimed asylum seekers were visiting brothels to receive oral sex, and using the receipt to prove they were gay and would be persecuted in their country of origin.

Other parts of the wheel criticised his positions on a federal corruption body similar to NSW’s ICAC, tax breaks for coal and gas companies, and transgender rights.

Also attacked was his opposition to plain packaging on cigarettes, persistent denial of climate change, and calls to abolish the Australian Human Rights Commission before being appointed its commissioner.

The wheel also referenced the ‘sports rorts’ scandal where former sports minister Bridget McKenzie was found to have disproportionately awarded grants to boost community sporting facilities in marginal electorates ahead of the 2019 election. 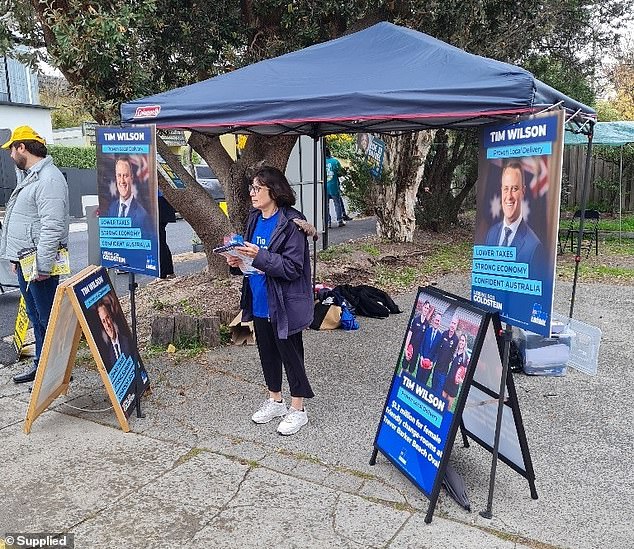 Finally, the wheel mocked claims by Mr Wilson that Ms Daniels put up election signs too early in February.

Mr Wilson complained to the local Bayside Council that it was illegal to erect signage before the election was called, but the council sided with Ms Daniels as it was within three months of when the election had to be held.

Witnesses said the women invited voters to spin the wheel as they approached the poling place, and explained his policy on the section it landed on.

Celebrity chef ‘Fast Ed’ Halmagyi has opened up about...
- Advertisement -