The moment two brazen arsonists set fire to a police car in a suburban car park has been captured on video, as cops offer $25,000 to anyone who can help find them.

The marked patrol car was parked in the driveway of a car dealership in Mandurah, south of Perth, on Friday when two people were seen on camera approaching the car on foot, just after 4.30am.

The pair then poured accelerant from a jerry can over the hood of the car before setting it alight with a blowtorch – with the flames exploding in a fireball and setting alight the shirt of one of the pair as they both flee.

The police car was ‘extensively’ damaged by the fire and is understood to have been written off as beyond repair. 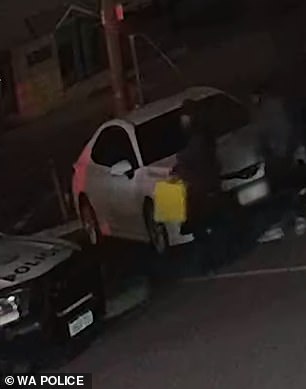 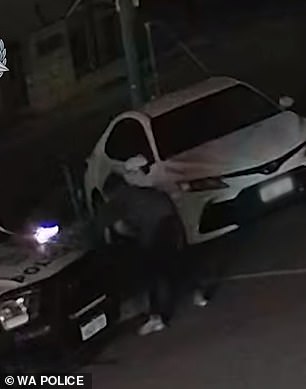 Arson squad detectives also believe at least one of the offenders would be suffering severe burn injuries to their face and hands.

A manhunt is underway for the pair responsible and police are asking for the public’s help.

Detectives are urging anyone who might have phone or dashcam footage of the area on Anstruther Road near the intersection of Pinjarra Road between 4am and 5am to contact them.

Police added that rewards of up to $25,000 are available for information that leads to the conviction of an arsonist. 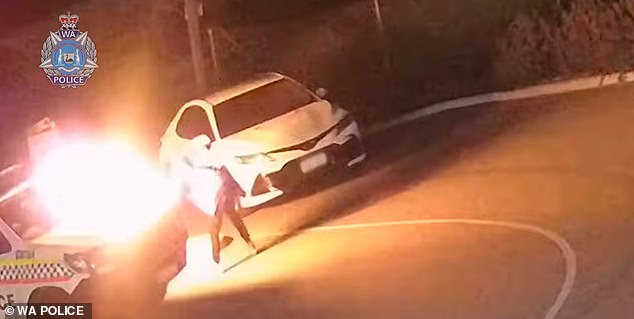 The Grammy Award-winning Singer, Ciara, has been in Hollywood for very nearly twenty years. She is hitched to well...

The following contains spoilers for Mike Judge's Beavis and Butt-Head Season 1, Episodes 2 and 3, "Boxed In/Beekeepers" and...

The hike in airfare has discouraged travellers from going by air and this was highlighted...

Antonio Banderas and girlfriend Nicole Kemple were among the...
- Advertisement -