A woman has been injured in a ‘terrifying’ fall after a stand collapsed during a rehearsal for next week’s Trooping the Colour.

Spectators who had gathered for the event today were ‘shocked’ when part of the stand holding them collapsed, leaving one woman hurt.

Part of the stand was evacuated following the incident and a woman was seen being stretchered towards a St John Ambulance at the scene.

Witnesses said part of the floor to one of the stands collapsed while spectators were watching soldiers of the Household Division and The King’s Troop Royal Horse Artillery perform. 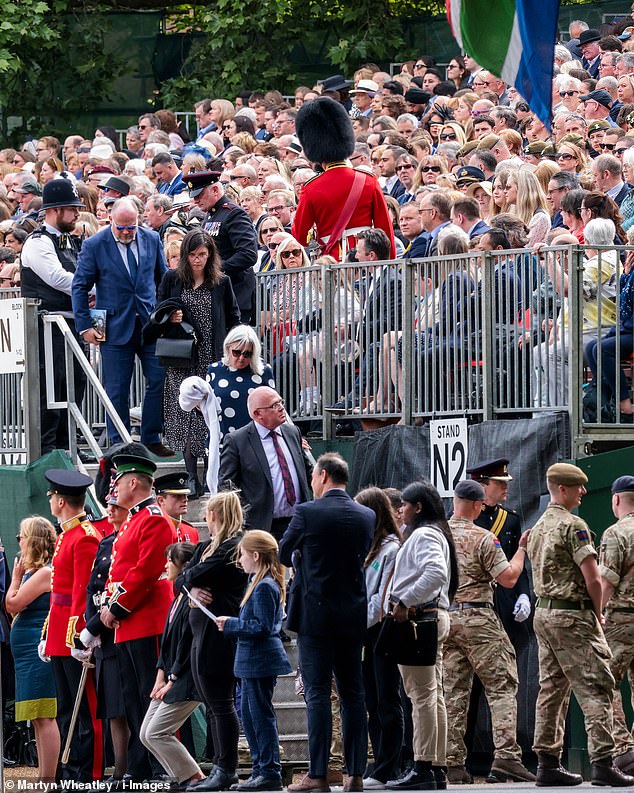 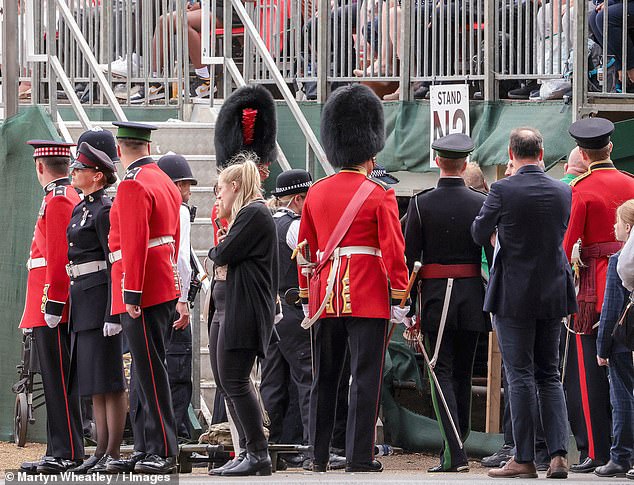 Dozens of spectators had crowded into the stand to see the event on Saturday, May 21 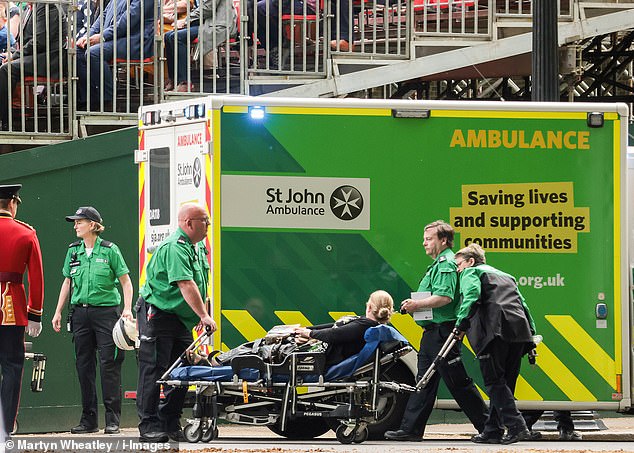 One woman was left injured, with St John Ambulance seen taking her away on a stretcher

Witness Zoe Clark-Coates said on Twitter: ‘What we just witnessed was terrifying, but we are safe!

‘Part of the floor in the stand collapsed, and at least one person fell through. We are praying for the injured and shocked.

‘The stands are being evacuated.’

@dennyadventure wrote: ‘@BBCNEws @SkyNews at Trooping the Colour, part of stand, where spectators sat, has partially collapsed. No news of injuries. Located block b.’ 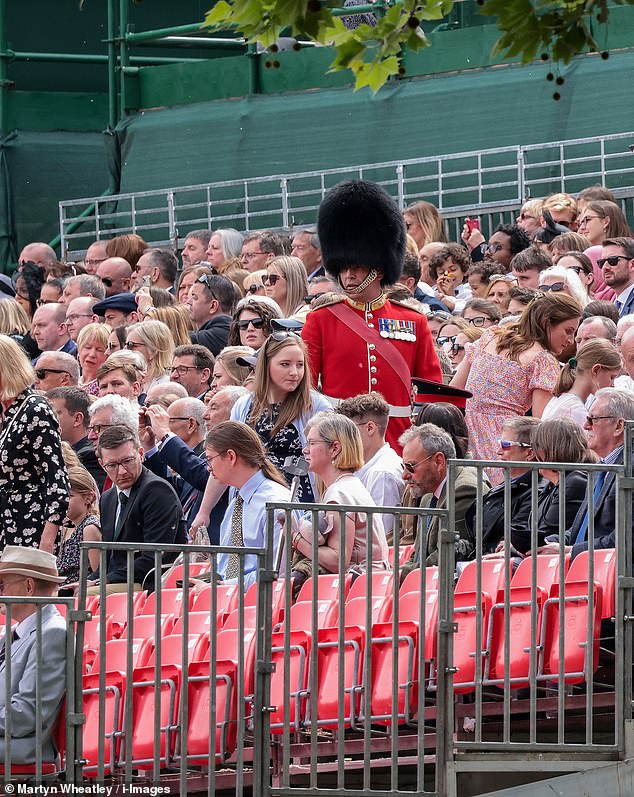 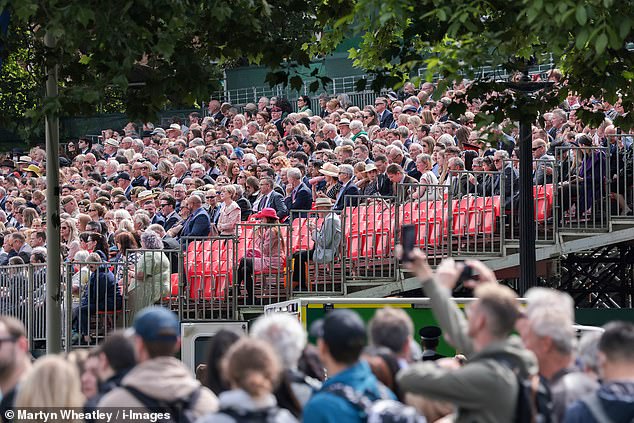 One witness told The Mirror the situation was ‘chaos’, adding that she heard a ‘scream’ when told to stand.

She said: ‘Turned out part of it had collapsed and a woman had fallen through. The paramedics rushed in but started yelling “we can’t find her”.’

She added it was ‘complete confusion’, although the woman was brought out from underneath the stand a few minutes later badly shaken. 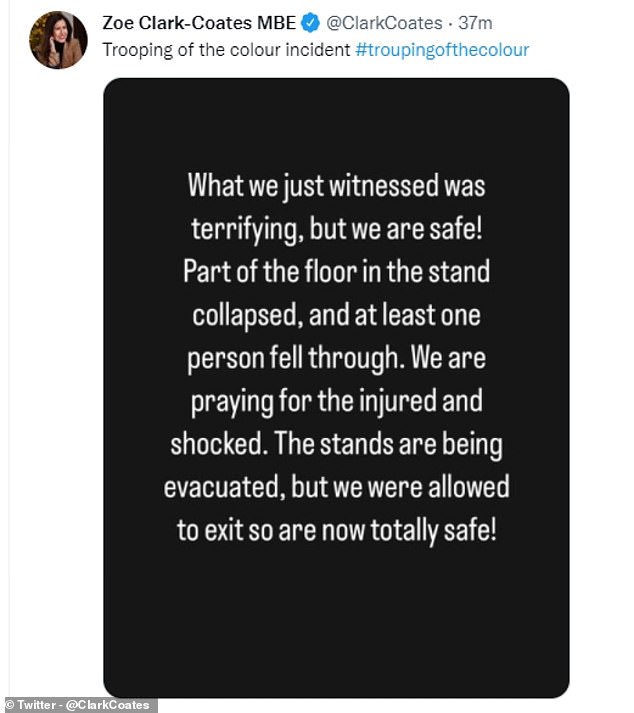 The woman was then put onto a stretcher and taken into an ambulance.

The event was being reviewed by The Major General and was taking place less than two weeks before the Platinum Jubilee Trooping the Colour, which will be reviewed by The Queen.

Both events are broadly similar, except Trooping the Colour reviewed by Her Majesty also features the Guardsmen Street Lining on the Mall.

B.B. learned his first three chords from an electric guitar-playing minister at the Pentecostal Church of God in Christ...

How many Americans did former President Trump pull into politics? You can be rest assured it is a high...

Michelle Williams, who is heavily pregnant with her third...
- Advertisement -