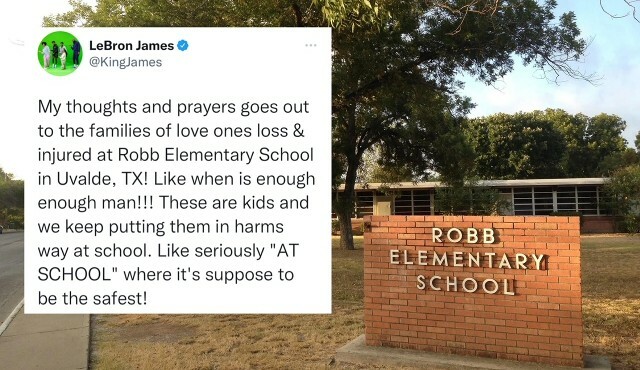 There is an active shooter at an elementary school 1 block from my parents house in Uvalde, Tx. My parents just left their house because they could hear all of shots going off. Please keep the kids and staff in your prayers.

According to the governor, the shooter abandoned his car and entered the elementary with a handgun and possibly a riffle. He “horrifically shot and killed” a total of 15 people.

Abbott also said that two police officers were shot, but their injuries are not considered life-threatening. A motive for the shooting is not known at this time.

My thoughts and prayers goes out to the families of love ones loss & injured at Robb Elementary School in Uvalde, TX! Like when is enough enough man!!! These are kids and we keep putting them in harms way at school. Like seriously “AT SCHOOL” where it’s suppose to be the safest!

BCK SAYS: Our thoughts goes out to the families of the deceased

Cuphead’s DLC, the Delicious Last Course, is a hearty meal full of new bosses, challenges, and achievements. While most...

Joanna Jakubas Family – Who Are Her Parents? Wikipedia, Husband And Instagram Who Is Marc Short And Wife...

Big Freedia had a fangirl moment while meeting with “very humble” and “sweet” Beyoncé.The Queen of Bounce, 44, who...

Despite featuring the January 6 circus hearings during primetime, CNN viewership fell another 13% in June, according to The Daily...
- Advertisement -