Garth Brooks murder and dead bodies is a weird rumor on the internet. How did it start? Find Out.

Sometimes things get blown out of proportion in the online world. A similar thing happened to country singer Garth Brooks when people started asking him about the dead bodies.

While in reality, the statements were started with comic intentions.

Garth Brooks murder and dead bodies buried on the farm were started as a joke.

It all began when Brooks announced his stadium tour in October 2018. He called the “Big-A** Stadium Tour” tour and mentioned he would get physical playing the music.

His statements prompted a reaction from two comedians, Tom Segura and Christina Pazsitzky. On their episode of “Your Moms House Podcast,” Tom joked that Garth was some serial killer.

Likewise, he said the singer apparently had 200-300 dead bodies buried in his yard.

After the comments, fans flooded Brooks’s social media with comments. Everyone was asking him about the alleged “dead bodies.

However, some people were perplexed about the matter.

Garth Brooks political affiliation seems to the democratic party in the last election.

In January 2021, 59-years-old Brooks even performed at the presidential inauguration of Joe Biden. He joined popular pop singers like Lady Gaga and Jennifer Lopez on the stage.

However, he did not precisely identify his political line.

On the other hand, the singer did express his relief on the exit of the former Republican president, Donald Trump. His comments catalyzed a backlash from the Trump supporters.

Who is He Married To

Garth Brooks is married to his wife Trisha Yearwood.

Trisha is also a country singer and TV personality. She is well-known for the 1991 hit song “She’s in Love With The Boy.”

Furthermore, Garth and Trisha tied the wedding knot on December 10, 2005.

However, they officially got divorced on December 17, 2001

Table of Contents Will Moncada is one of the latest addition to Love Island USA. He has come to be a part of this show to find himself a partner. Know his age and ethnicity details. Will is a cannabis specialist to provides suggestions to customers for recreational and medical purposes. Will Moncada Love Island…

Who is Desmond Harrington? Desmond Harrington was born on 19 October 1976, in Savannah, Georgia, USA, and is an actor, best known from his appearances in numerous films, including “Wrong Turn”, “The Hole”, and “Ghost Ship”. He also played Detective Joseph “Joey” Quinn in the television show “Dexter” from its third season, and had a… 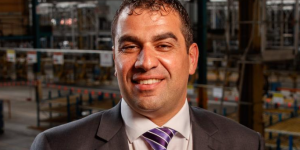 Ross Pelligra, age 44, is the Chairman of the Pelligra Group with a total assets of more than $50 million. As Pelligra is a family-run business, Ross started assisting after school and on the ends of the week when he was youthful. Most of his dad’s associates likewise worked in land and it was the…

Morgan Beasley’s Bio Morgan Beasley was apparently born in Idaho, USA, sometime in the 1960s, which means that his nationality is American and that he is around 50 years old. He is best known for working on reality TV projects such as “Mountain Men”, which has allowed him to establish himself in the entertainment world,…

Steven Arnold has talked about his wife. The identity of Steven’s wife is of mystery. Steven Arnold is an actor and director. He is best known for his role as Ashley Peacock in Coronation Street (1960), Hooked, and This Is Jayde: The One Hit Wonder (2018). Arnold is a British actor. [embedded content] Who Is…