Formula One star, Lewis Hamilton, has some thoughts about the direction of his sport. He famously rose from a working-class background, growing up on a council estate – the British version of housing projects. He was bullied as a kid. His dad worked several jobs so that Hamilton could pursue his junior racing career.

Hamilton signed his first pro contract with McLaren in 2007.

Today, he’s got a stunning net worth of $285 million, earns around $50 million in a bad year, and is chasing his eighth world championship. He doesn’t believe a kid like him could rise through the ranks of Formula One today because the sport has turned into a “billionaire boys’ club.”

“If I were to start over from a working-class family, it would be impossible for me to be here today because the other boys would have a lot more money. We have to work to change that and make this an accessible sport, for the rich and for people with more humble origins.“ 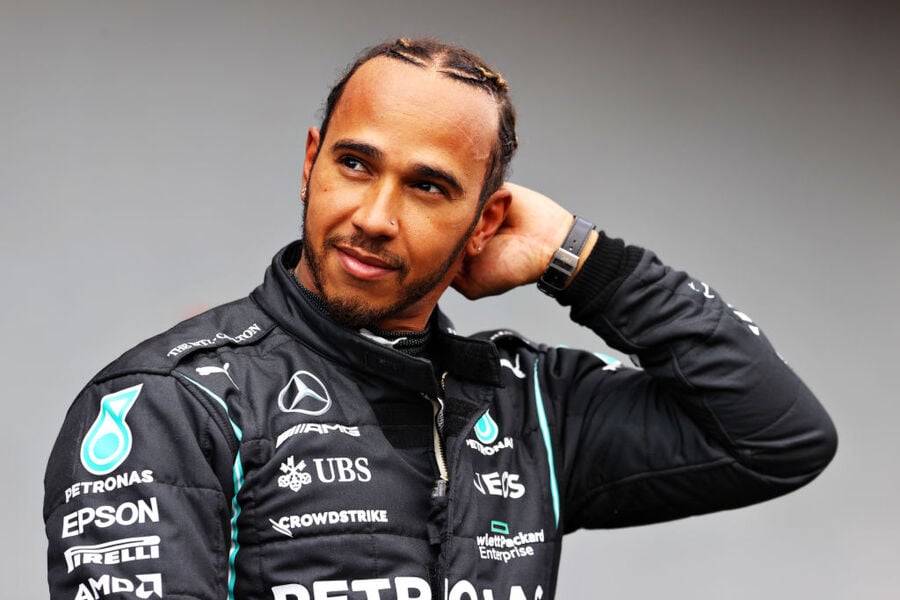 He’s not wrong. Three of Formula One’s current drivers are the sons of billionaires.

Lance Stroll is the son of Canadian billionaire Lawrence Stroll. Lawrence earned his first fortune thanks to Tommy Hilfiger, a brand he bought with a partner years before it became a global sensation. Stroll went on to earn billions buying up brands like Karl Lagerfeld, Pepe Jeans, and Michael Kors. Today Lawrence owns one of the most-admired (and valuable) private collection of Ferraris in the world.

Lance drives for the Aston Martin Formula One team. Guess who owns the team? His dad.

Nicholas is the son of Iranian-Canadian billionaire, Michael Latifi, owner of processed meat company, Sofina Foods. Michael is worth around $2 billion.

Billionaire Baby #3: Nikita Mazepin is the son of Russian oligarch Dmitry Mazepin, the majority shareholder and chairman of Uralchem Integrated Chemicals Company. Dmitry is worth between $1.5 and $2 billion.

Hamilton is the first and only Black driver in Formula One. He’s become a major advocate for diversity in his sport. In 2020, he put together a commission to explore why ethnic minorities are vastly underrepresented in Formula One.

Kristin Marino is a well known content maker who is popular for her funny recordings on TikTok. The web-based media star has amassed a great many perspectives on the web stage, and her fans are interested to find out about her subtleties. Kristin may have begun to utilize web-based media for the sake of entertainment,…

Who is Sarah Spain? Do you follow sports podcasts, especially the one produced by ESPN? If yes, then you must have heard about Sarah and her endeavors on the ESPN Radio, and you can see her in SportsCenter. Born Sarah Colby Spain on the 18th August 1980, in Cleveland, Ohio USA, she is a sports…

Prince Andrew’s going to have plenty of time within the sizzling seat when legal preparations for the infamous sex abuse lawsuit towards him ramp up. The royal is anticipated to spend two days in London being questioned by David Boies, the lawyer for accuser Virginia Roberts Giuffre, who claims pedophile Jeffrey Epstein compelled her to…