Just a simple reminder that article is created and owned only by biographytribune.com. Article cannot be re-published in any other pages or documents. Copyright is protected by DMCA. All found copies will be reported.
Original source: https://biographytribune.com/what-happened-to-jackie-jackson-of-the-jackson-5-where-is-he-now-career-net-worth-marriage-kids-siblings-height/

Born Sigmund Esco Jackson on the 4th May 1951 in Gary, Indiana, Jackie is a singer, songwriter, actor and producer, best known to the world for being a part of the musical Jackson family. He performed with the Jackson 5, and also had a short solo career.

The second of 10 children born to Joe and Katherine Jackson, his siblings include older sister, Maureen Reillette “Rebbie” Jackson, and younger brothers and sisters including Toriano Adaryll “Tito”, Jermaine La Jaune , La Toya Yvonne, Marlon David, Brandon – who passed away just few hours after his birth – Michael Joseph, a.k.a ‘the king of pop’, Steven Randall “Randy”, and Janet Damita Jo Jackson. Growing up in a hard-working family, Jackie shared a room with his siblings and if it wasn’t for his father and his initiative tin forming a singing group, the Jackson Brothers, who knows if we would now know about Michael Jackson. Consisting of Tito, Jackie, and Jermaine as the founding members, and joined by Michael and Marlon when they became old enough, the group began by playing assorted percussive instruments, as well as singing. 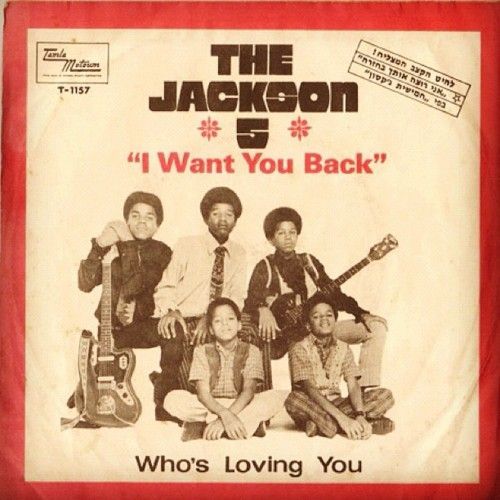 Two years after their inception, Michael became the lead singer of the group, and in 1968 they officially became the Jackson Five. A year later they struck a deal with the Motown Records, and the same year released their debut recording, the hit single “I Want You Back”, which topped the US Hot 100 and US R&B charts, propelling them to stardom. The group enjoyed success until the mid- ‘70s, with such hits as “ABC”, “The Love You Save”, “I ‘ll Be there”, “Mama’s Pearl”, “Never Can Say Goodbye” and “Dancing Machine” which all peaked at No. 1 or No. 2 on the US Billboard charts. Jackie himself became the star and gained his own fans, though Michael emerged later as ‘the king of pop’. He remained in the group until 1989, when the group formally disbanded, as Michael and Jermaine had left earlier. The group released 16 albums, some of which sold more than five million copies, including “Diana Ross Presents The Jackson 5” – their debut in 1969 – then “ABC” (1970), “Third Album” (1970), and “Victory” in 1984 which achieved double platinum status. All these releases significantly benefited Jackie’s net worth and popularity.

The group reunited in 2001 for a concert at Madison Square Garden, celebrating Michael Jackson’s 30th anniversary. Also, the group consisting of Jermaine, Jackie, Tito, and Marlon toured the USA and Canada from June 2012 until July 2013.

Career Aside the Jackson Five

At the peak of the Jackson Five popularity, Jackie recorded and released his debut self-titled solo album, but which failed to chart, and critics weren’t that considerate either, giving only one and a half stars to the album. He returned to the group, and until its disbandment didn’t record anything more on his own. In 1989, Jackie’s second album came out – “Be the One” – released through Polydor records, which entered the R&B charts at No. 84..

Have You Wondered How Rich Jackie Jackson Is?

His professional career started in the mid- 60s, and since then he has been in the music business, which has considerably helped him increase his wealth. However, let’s see exactly how rich Jackie Jackson is, as according to authoritative sources, Jackie’s net worth is $200,000 only, but he has other ventures that have made his life easier, such as Jesco Records and Futurist Entertainment record labels, which also benefit his wealth.

Jackie is the father of four, including Sigmund Jr. who is a rapper and goes by the name DealZ. The two collaborated on the song “That’s How I Feel” back in 2011. He has married three times, since 2012 to Emily Besselink who gave birth to twins in 2013. His first wife was Enid Adren; the two married in 1974 and had two children before eventually divorcing in 1987, having apparently had several problems during their relationship. He subsequently married Victoria Triggs in 2001, but that didn’t last long.

River T and I reading @billboard magazine! I’m so excited to have my new label Critically Amused featured next month! Follow @CriticallyAmuse to stay updated! pic.twitter.com/rAHI6xbbW5

Jackie has earned fame on his own as well as the part of the Jackson Five group, and gained a decent following on the social networks. He has more than 185,000 followers on his official Twitter account, with his most recent post going viral, which includes his sister Janet and himself from the mid- ‘80s. Furthermore, he has more than 18,500 followers on his official Facebook page, on which he shares some of his most precious happenings, including the video of the group performing the song from the last album with Motown records. So, if you aren’t already a fan of one of the most successful R&B stars, this is a great chance to become one.

Shop till you drop. Ben Affleck and Jennifer Lopez were spotted in each other’s arms while shopping in Los Angeles, California, on Friday, July 9. The two were spotted at Brentwood Country Mart together. Lopez, 51, and Affleck, 48, casually wrapped their arms around each other as they shopped. The “Waiting for Tonight” singer kept… 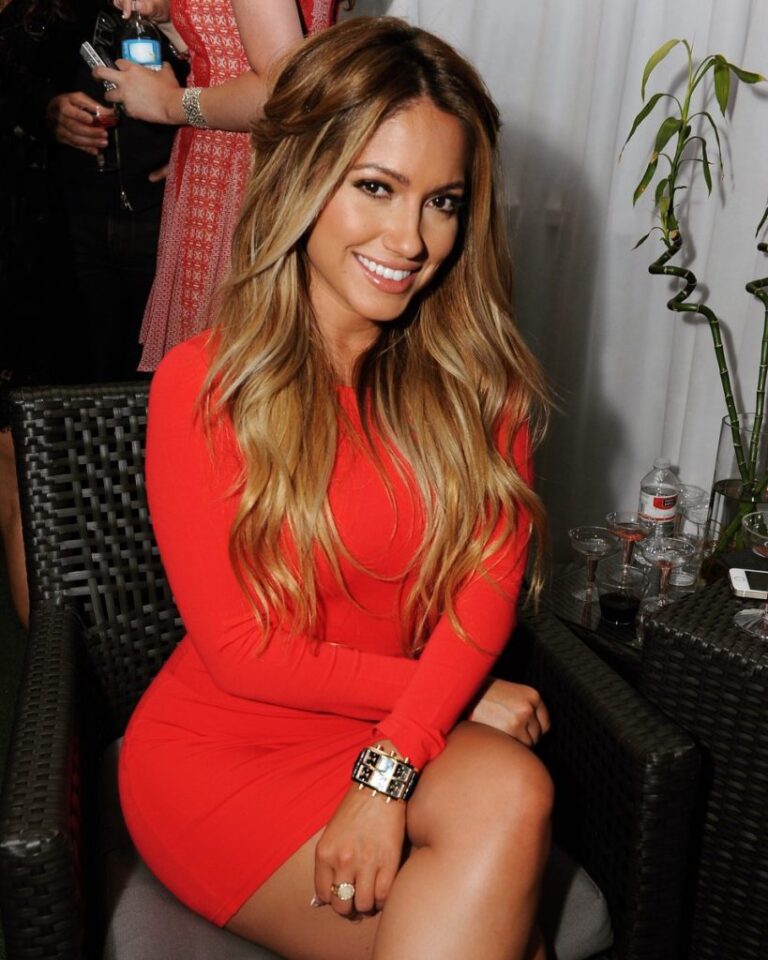 Who’s Jessica Burciaga? Jessica Irene ‘Jessie’ Burciaga was born in Santa Fe Springs, California USA, on 11 April 1983, so underneath the zodiac signal of Aries and holding American nationality. She is finest identified for her modelling profession, now spanning greater than a decade. [embedded content] Youth and training Jessica was born to a Mexican… 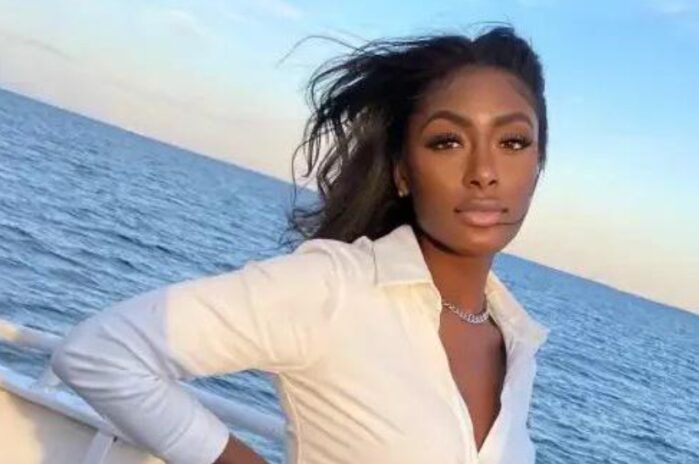 The family of 23-year-old Lauren Smith-Fields, the Black woman who died after she was found unconscious on December 12 in her Bridgeport, Connecticut, apartment and after she had been on a date with an older white man she met on the Bumble online dating app, is suing the Bridgeport Police Departments over allegations that the department…

It’s his lil guy’s big night! Lil Nas X executed an X-rated stunt during his Grammys performance Sunday, transforming his microphone into his penis, continuing the era of the on-screen peen.  While rocking the stage alongside rapper Jack Harlow, 24, at the MGM Grand Garden Arena in Las Vegas, the 22-year-old “Old Town Road” rhymer,…

Share this Andreia Pimenta (Source: Fama Show) Andreia Pimenta and Miguel Oliveira are married to each other They are step-siblings who have named each other since the age of 13 She is pregnant with her children first child Have you ever heard you share a good bond with your step-sibling that you end up marrying…