Dr. Stephanie Russell MD has been arrested on federal charges. Dr. M. Russell is a pediatrician at Norton Children’s Hospital in Louisville, Kentucky. Scroll below to learn more. 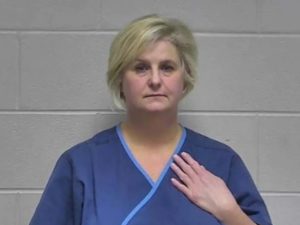 A medical practitioner from Louisville has been taken into custody on federal charges related to her alleged plot to hire someone to kill her ex-husband.

Agents with the FBI took Stephanie Russell, who is from Louisville, into custody on May 19th. A federal criminal complaint and an arrest warrant have been issued against a medical doctor practicing in Louisville on charges of murder-for-hire while using facilities of interstate commerce.

Who Is Dr. Stephanie Russell MD From Kidz Life Pediatrics?

In the city of Louisville, Kentucky, Dr. Stephanie M. Russell is a pediatrician who works at Kidz Life Pediatrics in the Prospect neighborhood. She received her medical degree from the University of Louisville School of Medicine and has been working as a doctor for more than 20 years.

Infants, children, and adolescents all receive medical attention from pediatricians. They receive the training necessary to cater to the particular requirements that children have at each stage of development as they grow and become more mature.

On May 15, 2022, Russell, who was then 52 years old, is said to have phoned a person whom she believed she had paid to kill her ex-husband, as evidenced by court documents.

She conspired with a member of the FBI’s covert operations division to kill her ex-husband (UCE).

Dr. Stephanie Russell has been taken into custody on suspicion that she arranged for the death of her ex-husband by paying someone else. Russell consented to make a total payment of $7,000 for the murder.

On the 18th of May, she deposited half of the agreed-upon sum, which was $3,500, in a dropbox that was located outside of her medical office.

After the murder, she was responsible for paying the remaining balance of $3,500. This morning was the first time that Russell was required to appear in court. He did so in front of a United States Magistrate Judge.

On May 24, she is scheduled to have a hearing about her preliminary detention. If he is found guilty, Russell could spend up to ten years in a federal prison. Within the federal justice system, there is no provision for parole.

If Dr. Stephanie Russell is found guilty after her trial, she could be sentenced to a maximum of ten years in a federal prison.

According to the documents submitted with the court, Russell’s ex-husband initiated the divorce process in 2018, and it was concluded two years later in 2020.

Both of them were arguing about custody of the child prior to her detention. Stephanie had her initial court appearance today, and a hearing about her continued detention has been scheduled for the 24th of May.

It’s far too soon to tell how the 2024 presidential field will play out, but one thing’s for sure:...
- Advertisement -