The suspected ‘kingpin’ of a Channel people smuggling gang was held during a police swoop in London earlier today.

Detectives say Iranian-born Hewa Rahimpur, 29, was arrested during a planned operation in east London and is due to appear in court tomorrow.

Rahimpur is suspected of being a ‘major player’ in an organised crime group supplying ‘significant numbers’ of small boats to people smugglers.

He is wanted by the authorities in Belgium where he is suspected of being a leading figure in a network said by prosecutors to be engaged in ‘systematic human smuggling’ offences using small boats. 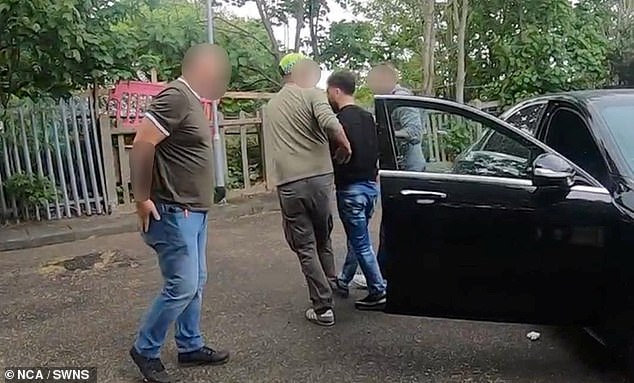 Iranian-born Hewa Rahimpur, 29, was arrested during a planned operation in east London and is due to appear in court tomorrow 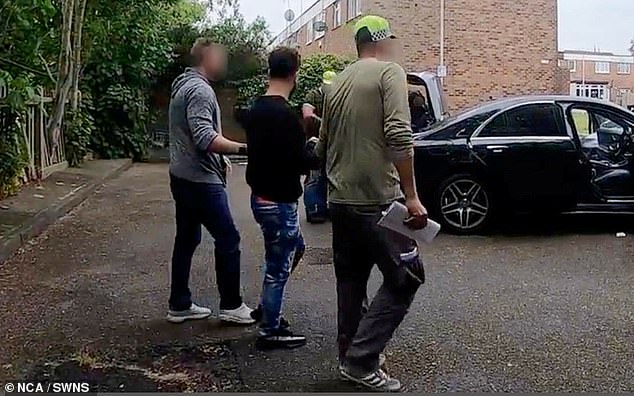 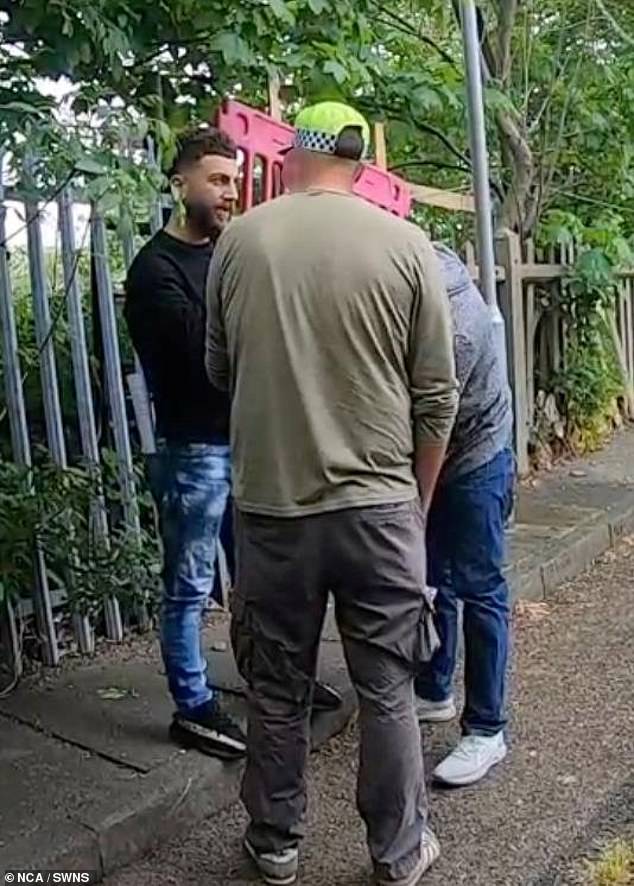 Rahimpur is accused of sourcing the boats in Turkey and having them delivered to locations in Germany, Belgium and the Netherlands

Rahimpur, currently living in Ilford, east London, was detained in a National Crime Agency (NCA) operation at around 1pm this afternoon.

The joint NCA-Belgian investigation follows the seizure of a number of boats and outboard motors, found by Belgian police in the back of a car near the Belgian-French border last October.

Rahimpur is accused of sourcing the boats in Turkey and having them delivered to locations in Germany, Belgium and the Netherlands.

He would then direct other members of the gang to take them on to the northern French coast, from where migrants would be transported.

NCA officers worked alongside their Belgian colleagues to track Rahimpur down, locating him at his place of work in Romford Road, Manor Park, where he was arrested.

He will now go before Westminster Magistrates in central London tomorrow when extradition proceedings are due to begin.

Jacque Beer, NCA Deputy Director of Investigations, said: ‘Rahimpur stands accused of being a major player in what we would say is one of the most significant criminal networks involved in supplying boats to people smugglers.

‘His arrest today follows close co-operation between the NCA, the Europol Migrant Smuggling Centre and our counterparts in Belgium.

‘Many of the criminal gangs involved in these crossings are based outside of the UK, but where we do find they have a UK footprint we will act swiftly to disrupt and dismantle them.’

Frank Demeester, from the prosecutors’ office of West Flanders in Belgium, said: ‘Together with smuggling of human beings by refrigerated transport, smuggling of by small boats is highest on our priority list.

‘For us, this form of smuggling of human beings is the ultimate threat to life, so we do everything possible to intervene as soon as possible. Every crossing that can be avoided is a potentially fatal crossing that has been foiled.

‘The Belgian police and judiciary invest a lot of capacity in the fight against human smuggling, and we will continue to do so in co-operation with our partners in the neighbouring countries.’

The NCA reissued an appeal to the UK maritime industry in March to raise awareness of how they might be targeted by criminal gangs looking to source boats or equipment.

Andrea Wilson, NCA Deputy Director of Organised Immigration Crime, added: ‘One of the ways we are seeking to disrupt these people smuggling networks is through targeting their supply of boats.

‘Some of the vessels we have seen attempting the Channel crossing have been nothing short of death-traps, held together using gaffer tape and planks of wood.

‘Sadly, we have also seen how these crossings have resulted in fatalities, which is why tackling this criminality is a priority for the NCA and our law enforcement partners both in the UK and overseas.’

She added: ‘I would also re-iterate our appeal from earlier in the year to those involved in the maritime industry, both here in the UK and on the continent.

‘Please be on alert, and if you have suspicions around the purchase of the kinds of items that can be used in these crossings, please report it.’

One Tree Hill star Bevin Prince's husband tragically died over the weekend after being struck by lightning near their home...

One NSW family had a day to remember after the couple welcomed a new baby boy while strangers rescued...

The last day to file nominating petitions for anyone who wishes to run for their school board in the...