Controversial former police chief Sir James Anderton, who called for the return of corporal punishment and said people with AIDS were ‘swirling in a human cesspit of their own making’, has died aged 89.

Sir James, dubbed ‘God’s copper’ for his strict Christian faith, was one of the country’s most well-known crime fighters after leading Greater Manchester Police (GMP) between 1975 and 1991.

While he launched crackdowns on pornography, late-night drinking and prostitution, his outspoken views often landed him in hot water.

There were calls for him to resign over the comments he made about gay people, drug users and prostitutes at the height of the AIDS crisis in the mid-1980s. He also wanted homosexuality to be outlawed.

However his job was saved by then-Prime Minister Margaret Thatcher, who brushed off calls for a public inquiry.

Sir James had also been criticised for saying he wanted to administer corporal punishment on criminals until they ‘beg for mercy’ or ‘repent of their sins.’ 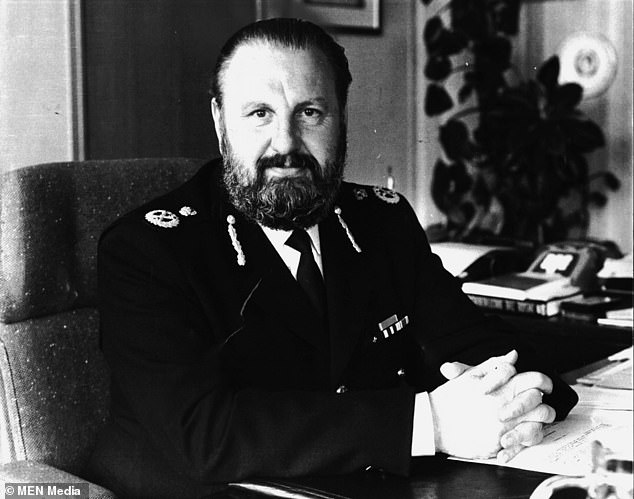 Sir James Anderton (pictured), dubbed ‘God’s copper’ for his strict Christian faith, was one of the country’s most well-known crime fighters after leading Greater Manchester Police (GMP) between 1975 and 1991. He has died aged 89. 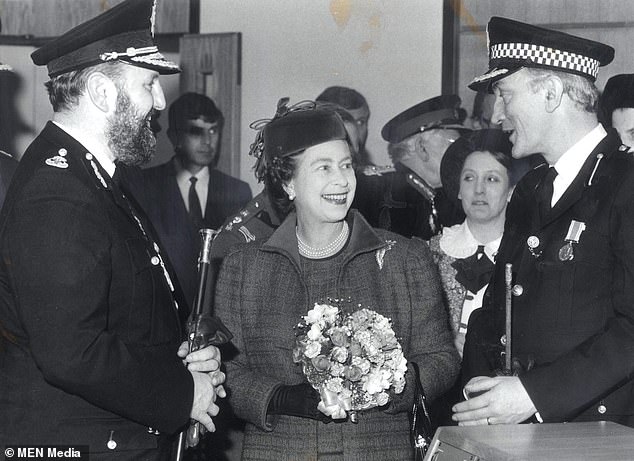 Sir James Anderton believed he was being ‘used by God’ to restore morality through policing.

It was one of his many remarks that got him in hot water over the years as leader of the Greater Manchester Police, from 1975 to 1991.

Here are some of his most controversial comments.

‘I’d thrash some criminals myself, most surely,’ he told one magazine.

He was heavily influenced by his faith and once claimed he was being ‘used by God’ to speak out on moral issues.

But he was accused by rights activists of paying ‘undue attention’ to the gay community.

The Guardian previously reported that he ‘encouraged his officers to stalk [Manchester’s] dank alleys and expose anyone caught in a clinch, while police motorboats with spotlights cruised for gay men around the canal’s locks and bridges.’

Despite his controversy, he was knighted in 1990 before enjoying a full retirement.

Former colleagues yesterday branded him a ‘great leader’ and ‘a force of nature’.

Sir James became a police officer in the 1950s before rising through the ranks at forces in Cheshire and Leicestershire. He was made the chief of GMP in 1975.

As part of his policy of ‘public accountability’, he introduced the ‘Community Contact Departments’, which helped build relationships between the police and the public.

He also launched the Tactical Aid Group, which was deployed to tackle public disorder.

His tenure saw high profile incidents such as the Moss Side riot of 1981, which saw 1,000 youths attack a local police station before rioting in the streets for two days.

He said: ‘During his fifteen year service as Chief Constable of Greater Manchester Police, James Anderton led the force through some of the most extensive periods of change in UK policing.

‘He was a public servant of significant stature who oversaw many innovative and important operational developments, leaving behind a lasting legacy in policing.

‘He was highly regarded by police officers and staff and is still well remembered within GMP after over twenty years of retirement.

‘On behalf of everyone at Greater Manchester Police I extend our sincere condolences to Mr Anderton’s family.’

Tributes have poured in for Sir James since the news of his passing.

‘He was the best I ever served under and I mourn his passing. RIP Sir, you were a force of nature and we won’t see your like again.’ 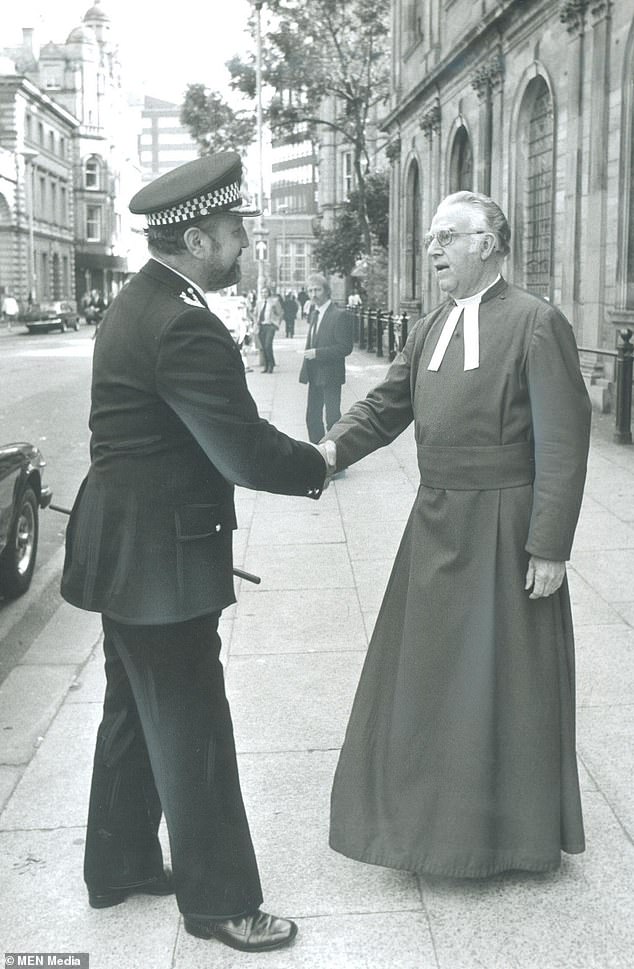 Tributes have poured in for Sir James since the news of his passing. Pictured: Canon Eric Saxon, pictured welcoming the Chief Constable of Greater Manchester Police, James Anderton (left), to his final service in 1982 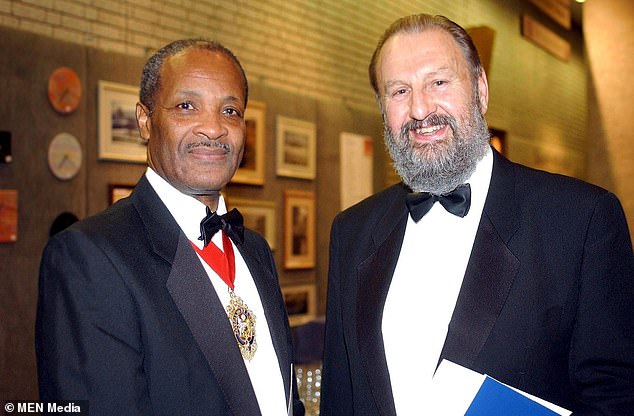 Sir James was also criticised for saying he wanted to administer corporal punishment on criminals until they ‘beg for mercy’ or ‘repent of their sins.’ (Pictured: Sir James Anderton and Lord Mayor of Manchester Roy Walters in 2002)

‘A great leader & the only Chief Constable of GMP to command the respect of the entire force!’

‘The first and the best Chief Constable that I served under in @gmpolice. Thoughts and prayers are with his wife Joan and daughter Gill. RIP.’

Sir James is survived by his wife Joan and his daughter.

A 12-year-old Pennsylvania boy who...
Crime

A Georgia baby has died...
- Advertisement -