Speedy justice! Wild moment a teenager leaps from the dock and sprints out of court after being told he’s going to jail – as guards and lawyers give chase

A teenager who was told he would be carted off to jail jumped the dock and tried to make a daring escape from the courtroom.

CCTV footage shows the 19-year-old man leap over the barrier at the Northern Territory Supreme Court and sprint past guards who were ushering him through a side door where he would be taken to prison.

The teen then bolted across the court before crashed through the main door entrance as barristers scrambled to catch him. 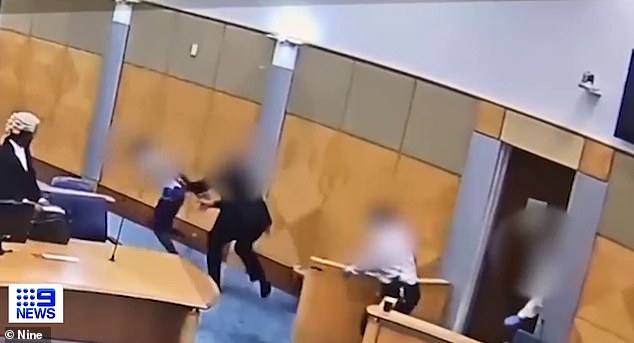 A 19-year old man is pictured running out of the Northern Territory Supreme Court, just after hearing he was going to jail

The speedster had been sentenced to time behind bars after breaching a suspended sentence.

Eventually, after lawyers and security staff chased him into the foyer, the teen was tackled to the ground and brought back to the dock in handcuffs with two guards gripping him by each arm.

NT police have confirmed he faces a further charge for escaping lawful custody.

But despite his unsuccessful run-away attempt, some social media users were impressed by his athleticism and lighting turn of speed.

‘He should be trained for the Olympics,’ one social media user said.

A third joked: ‘So that’s why court rooms have two sets of doors.’ 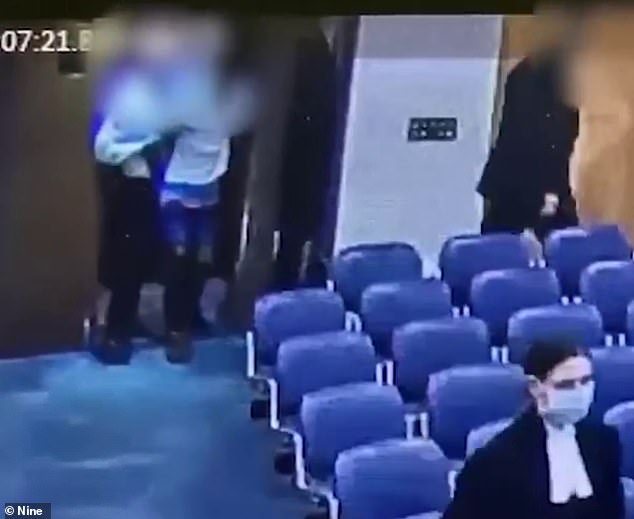 A woman has been awarded $2.8million in damages by the Federal Court after being relentlessly ‘bullied and harassed’ by...

THE FIRST LOOK: Our edit of what...

Yakov Smirnoff is a comedian, writer, and actor from Ukraine. He immigrated to the United States and became a...
- Advertisement -