This is the face of a pizza shop owner who murdered his wife and left her in an unmarked grave, telling police ‘she’d gone for a run and never came back’ and leaving her body undiscovered for nearly seven months.

Nezam Salangy has been convicted of killing his spouse of eight years, Zobaidah Salangy, on March 29, 2020, and then burying her in Worcestershire woodland under the cover of darkness.

The 44-year-old, who maintained his innocence through a six-week trial at Worcester Crown Court and insisted he was being framed, was helped by his younger brothers in getting dumping her body near Bromsgrove. 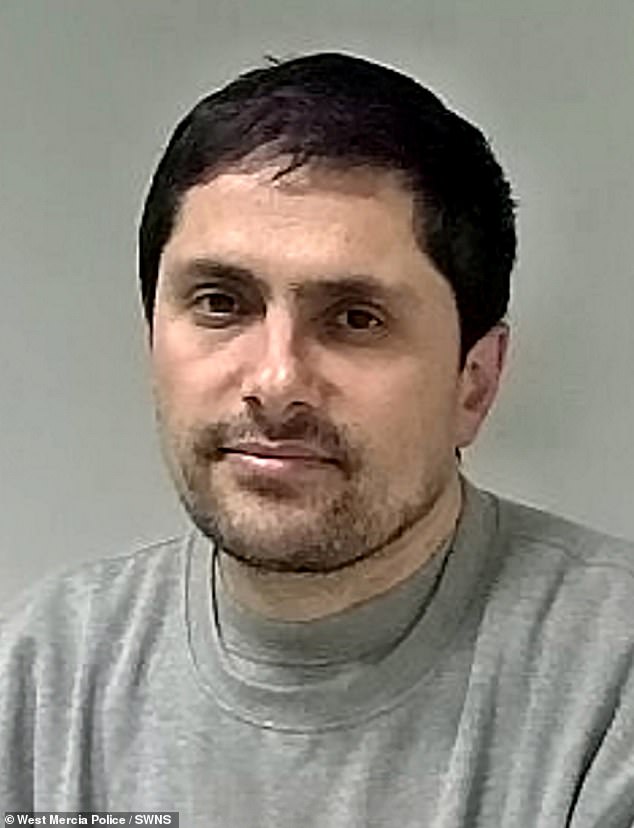 Nezam Salangy, pictured, was found guilty of murdering his wife and leaving her in an unmarked grave in Worcestershire 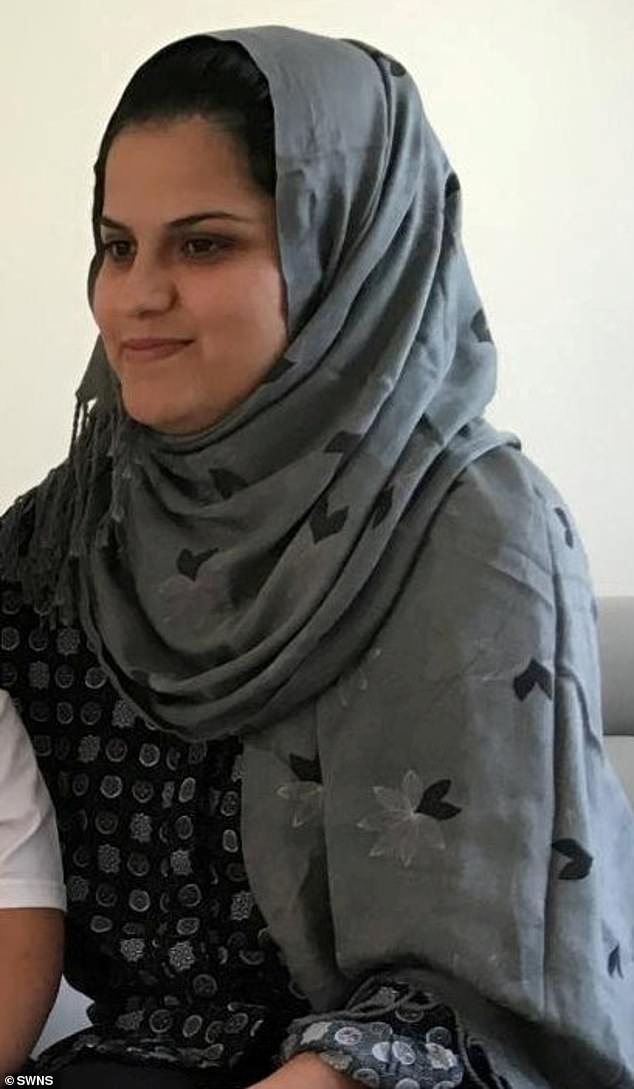 He killed his spouse of eight years Zobaidah Salangy, 28, pictured, on March 29 2020. Her body was found in October 2020, bound in curtain wire and wrapped in bin bags with a duvet cover matching pillow cases found in the couple’s home

Mohammed Yasin Salangy, 34, and Mohammed Ramin Salangy, 31, were convicted of helping him cover up the rime, with Ramin travelling 90 miles by cab from his and Yasin’s home in Adamscroft Place, Cardiff, to do the act.

None of the defendants gave evidence in their defence and the 11 jurors reached their guilty verdicts in just under 14 hours.

Zobaidah had told family she was going jogging during lockdown on 28 March, when the UK had just entered a nation-wide lockdown after the outbreak of Covid-19.

After she failed to return, Salangy, of Talbot Road, Bromsgrove, reported his wife missing to police, telling them ‘she had gone out for a run and never come back’, after leaving him for a ‘new boyfriend’, prosecutors said. 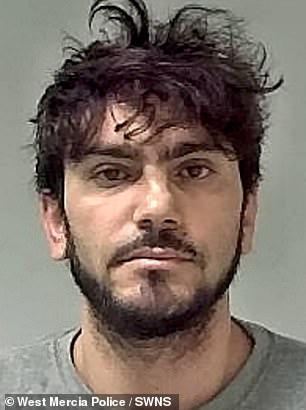 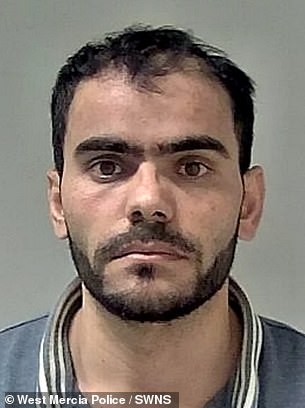 Her body was found just 2.8 miles away, a seven minute drive, from where Salangy lived in Talbot Road.

The pair wed under an arranged marriage in Afghanistan in November 2012, where Zobaidah was a maths teacher, before they moved to the UK in 2013.

The trial heard Zobaidah and Salangy had ‘argued bitterly’ the day before she disappeared on 28 March 2020.

When her body was found, it had been bound in curtain wire and wrapped in bin bags with a duvet cover which later matched pillow cases found in the couple’s home.

Opening the prosecution’s case at the start of the six-week trial which ended today, Simon Denison QC said it was an ‘unfortunate fact’ of the case Mrs Salangy’s body was initially missed by police, when a first dig at the site near the Worcestershire village of Lower Bentley took place in April 2020.

As a result of the six-and-a-half month gap between her death and her body being discovered, a cause of death could not be found. 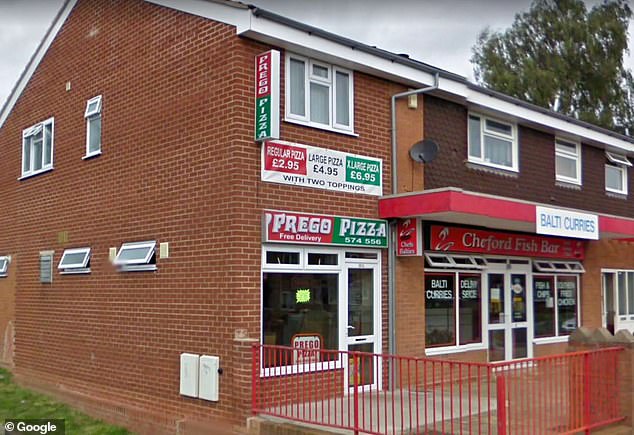 Husband Salangy’s pizza shop, Prego Pizza on Austin Road in Bromsgrove (pictured), became part of the crime scene after police found her phone hidden behind other items and wrapped in bubble wrap on a high shelf in the shop

Mr Denison added: ‘They mistook a hard layer of soil that they reached to be a natural base below which no-one would dig.

‘So they abandoned the search there and they didn’t find the body at that stage.’

Police returned to the spot in October 2020, ‘convinced’ that she must be there, which is when they found her body buried in woodland at the fork of the road between Copyholt Lane and Black Lake Lane in Bromsgrove.

Husband Salangy’s pizza shop, Prego Pizza on Austin Road in Bromsgrove, became part of the crime scene after police found her phone hidden behind other items and wrapped in bubble wrap on a high shelf in the shop. 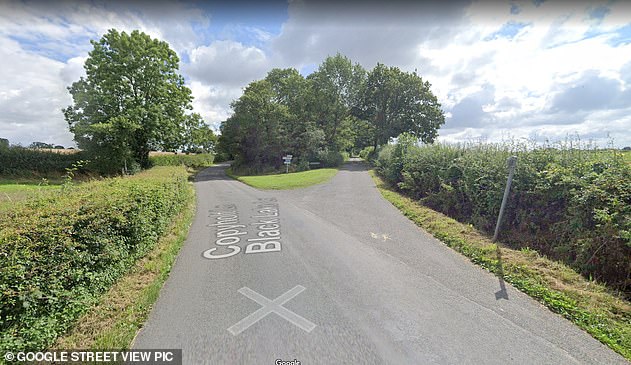 Police returned to the spot in October 2020, ‘convinced’ that she must be there, which is when they found her body buried in woodland at the fork of the road between Copyholt Lane and Black Lake Lane in Bromsgrove (pictured)

There was also a second device found, which was believed to have been used to arrange to hide her body with his brothers Mohammed Ramin Salangy, 31, and Mohammed Yasin Salangy, 33.

Detective Chief Inspector Mark Peters of West Mercia Police said: ‘This was a horrendous crime and I am glad to see that Salangy and his brothers will now pay the price for their actions.

‘A young woman died and two children are now growing up without both parents.’

None of the men showed any reaction as the verdicts were read, but as he left the dock in the care of security guards, Nezam Salangy stared at several West Mercia Police detectives who had conducted the investigation, telling them ‘you guys framed me’.

Sk Khoza is known for facilitating the shows like Mzanzi Ridez and Goal Diggerz. Essentially, he has likewise functioned...

Beauty and the Geek star Kiran Rao has debuted his ‘first proper girlfriend’ since splitting with his love interest...
- Advertisement -

The guy she backed in 2016 was a former game-show host. It doesn’t get any less tested than that. Actually,...