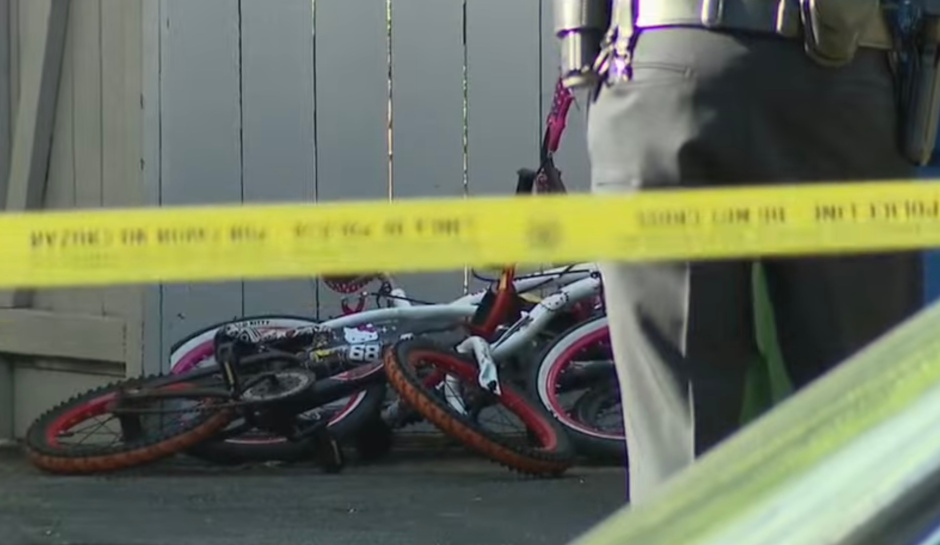 Note: Some local media incorrectly reported the neighborhood as Woodland Hills at first and later corrected it to be West Hills.

A 12-year-old girl and her 8-year old twin brothers are dead and their mother has been arrested following a tragic Mother’s Day breakdown in Los Angeles.

Police told KTTV that a fourth child was involved but had fled to a neighbors and was not physically harmed. Paramedics said the other three children had been dead for hours when they arrived shortly before 8 a.m.

“I couldn’t see anybody, and I kept hearing, ‘My family is abusing me,’ and just kept hearing screaming, but I couldn’t make out what she was saying,” Canales told KTTV.

Canales told the Daily News that was about 10:30 p.m. on Saturday. Later, she said, the woman went into a neighbor’s backyard and lit a candle while clutching a Bible. She wouldn’t leave, and the neighbor called police.

Around midnight, Canales said, paramedics took to the woman to a hospital. Several hours later, someone went into the house and found the children.

The mother had been taken to a hospital for a mental health evaluation, and police brought her in for questioning after her release Sunday morning, as CrimeOnline previously reported. She was later arrested, but her name and the charges have not yet been released.

Another neighbor, Stephen Hayes, said he understood that the children had been shot. He said the family seemed like a “normal” family, up until Saturday night.

“The lady was out, wandering around, talking incoherently,” he said.

Neighbor Mona Lincome and other neighbors also said “they seemed like a normal family” and had moved into the neighborhood just a few months earlier. They mostly kept to themselves, she said, but she saw the children riding bikes or walking with their mother.

21 May 2022Idina Menzel wants to star in the movie adaptation of ‘Wicked.’Idina Menzel jokes that she could reprise...
- Advertisement -