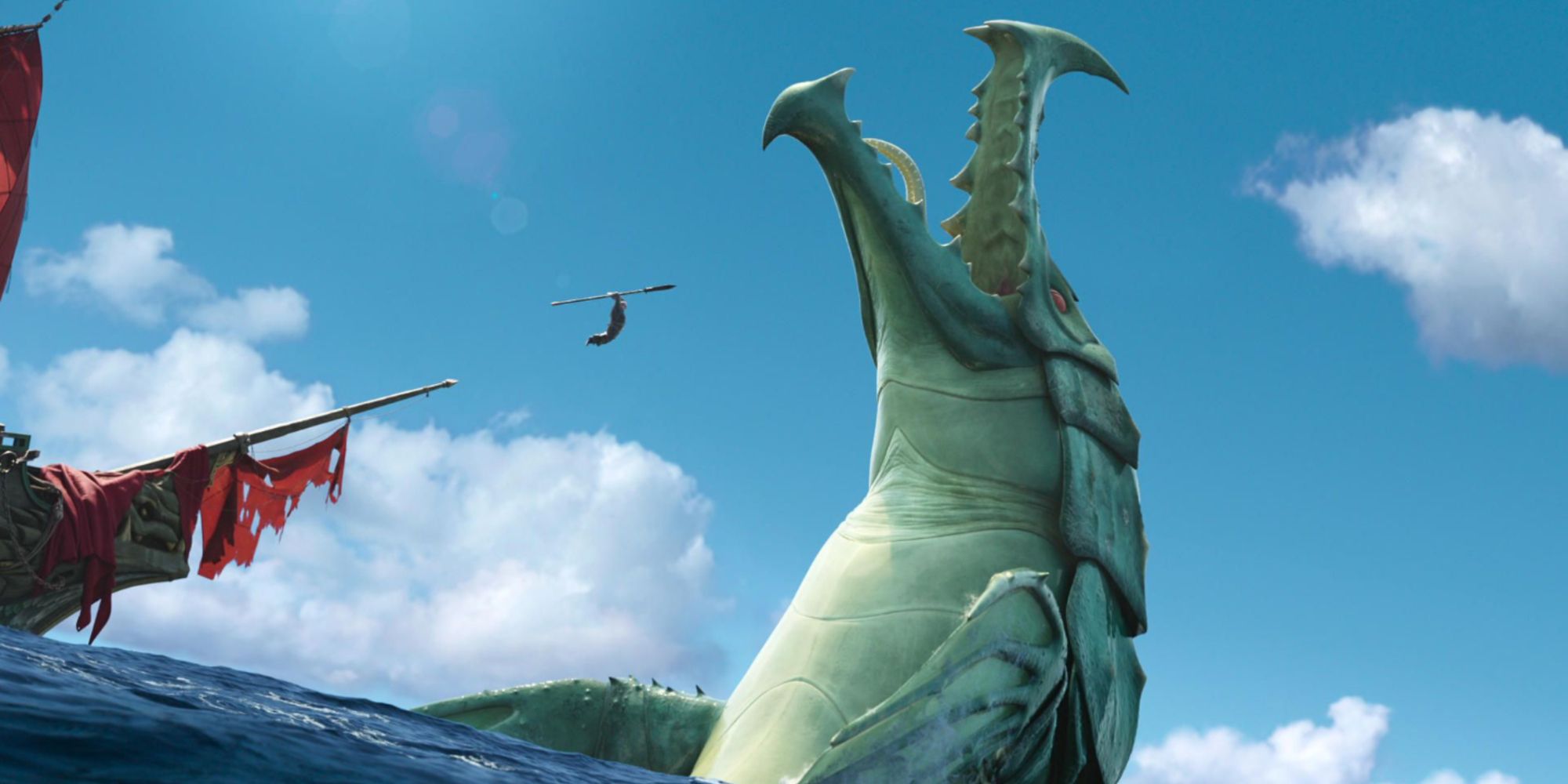 The summer movie season is now in full swing and, for those of you looking to see some good flicks from the comfort of your own home, we’ve got this list of what to check out that is coming to streaming this week. There is everything from Netflix’s foray into feature-length animation to a historical fictional dramedy about the missing Nixon tapes. Each offers its own unique vision that may just hit the sweet spot of your streaming desires. There is much to love about each, so let’s dive in on all of them from what they bring to the table and where you can see them.

There is no movie out there is quite like 18 ½. A comedy about a government coverup that also is a drama about a whistleblower, it flaunts a typical tone to become something all its own. It centers on Connie (Willa Fitzgerald), a White House transcriber who becomes wrapped up in the Watergate scandal when she stumbles upon the only recording of the 18 1/2-minute gap in the Nixon tapes. She then goes to meet Paul (John Magaro), a reporter who is looking into the story. What seems like it should be a straightforward meeting at a motel where she gives him the information turns into something far more silly. Making use of a quirky cast of characters, including the legendary Richard Kind in rare form as the hotel clerk, it is a slapdash experience that is hard to fully pin down. However, it really hits all the right notes when it needs to, even as it frequently throws you for a loop. It becomes an indie gem that finds a more joyous sensibility against the backdrop of a serious chapter in American history.

A different type of comedy that is more a coming-of-age story, Hello, Goodbye, and Everything In Between is built around romance and how one couple tries to determine what role it will have in their future. Clare (Talia Ryder) and Aidan (Jordan Fisher) made a pact to break up before college, though they have decided to spend one final evening together. Going back through their relationship, from how they met to their first kiss, the reflective nature of the story begins to bleed into the present. Should they call it quits as planned or give it another shot? If you haven’t seen the film Never Rarely Sometimes Always, then you should know that Ryder is an incredible talent that is worth watching out for no matter what she is in. Fisher is more known for his music; though was also part of To All the Boys: P.S. I Still Love You, whose producers are behind this newest romantic film.Based on the book of the same name by Jennifer E. Smith, this one is sure to tug on the heartstrings.

An incisive drama about family trauma and the fraught journey towards healing, Jacqueline Lentzou’s feature debut Moon, 66 Questions is powerful proof that she is a director to watch. It all follows Artemis (Sofia Kokkali) who has decided to return to her home in Athens to care for her ailing father Paris (Lazaros Georgakopoulo). He has suffered a stroke and is now unable to care for himself, leaving it to the young Artemis to take care of him while the rest of the family squabbles amongst themselves about what to do. Dipping its toe into the absurdist surrealism of the Greek new wave, it also confronts and upends any preconceptions you may have about it. Each subsequent development peels back the intriguing layers of the story, delving into a distinct story about what it takes to confront the past to move into the future.

An entry for all you documentary lovers, Stay Prayed Up is a celebration that has been decades in the making. At the center of it are 83-year-old Lena Mae ‘Mother’ Perry and her group The Branchettes, a longtime North Carolina Gospel group. It follows them as they plan to record their debut live album and navigate all the challenges to be found therein. It is a focused biography that doubles as an appreciation of a vibrant musical genre that has its roots in the history of both North Carolina and the fabric of this country. It is both procedural and poetic in how it creates a powerful profile of its subjects, making it a must-see for anyone who considers themselves a music lover.

This week, we saved the best for last. If you consider yourself a fan of How to Train Your Dragon, then the newest film you’ll want to check out is The Sea Beast. Telling a similar story, it follows the legendary monster hunter Jacob (Karl Urban) as he travels the high seas in search of more creatures to kill. However, times are changing for monster hunters as a pair of narcissistic royals are beginning to question their utility. Now, Jacob and the crew will have to set out on their biggest voyage yet. What they couldn’t have prepared for is the presence of a stowaway. Young Maisie (Zaris-Angel Hator) tags along on the ship and ends up getting separated from the crew with Jacob. They then discover that the monsters they have been told to fear are more complicated than they would have once realized. An expansive and imaginative work of animation, you can feel the craft in every single frame. The monsters are the highlight, giant creatures whose scale strikes both awe and terror in all who see them. The entire film ensures they feel like living, breathing creatures who you won’t soon forget.

Her most daring look yet! Rebecca Judd...
- Advertisement -

Kirby Howell-Baptiste on Sandman and the Sarah Goldberg Emmy Snub

If you’d like to see someone making the absolute...
Movies

Sweet Magnolias season 3 is not coming to...
Movies

Where is Dustin Duthie Now?

Sweet Magnolias season 3 is not coming to Netflix...
Movies

10 Most Memorable Quotes That Only ‘Supernatural’ Fans Understand

Every TV show has something that makes you...
Movies

Netflix is adding 19 new movies and shows this week

Netflix adds new movies and shows to its...
- Advertisement -