By Alison Boshoff for the Daily Mail

After her triple triumph at the Brit Awards this week, Adele was in no doubt about her plans for the evening.

‘I’m going straight back to my flat,’ she said. ‘Then I’m going to McDonald’s. I might crack open a bottle of white wine.’

All of which sounds enormously down to earth, and fits right in with the girl-from-Tottenham image she is always keen to promote.

But it can be revealed that the singer, worth around £162million, has the most luxurious London flat imaginable.

The apartment in a new, prime modern development in west London is extremely secure and extremely private and overlooks a park.

Worth around £9million, the three-bedroomed flat comes with the services of a 24-hour concierge team, who can presumably send out for as many McDonald’s meals as any of its millionaire residents might like. 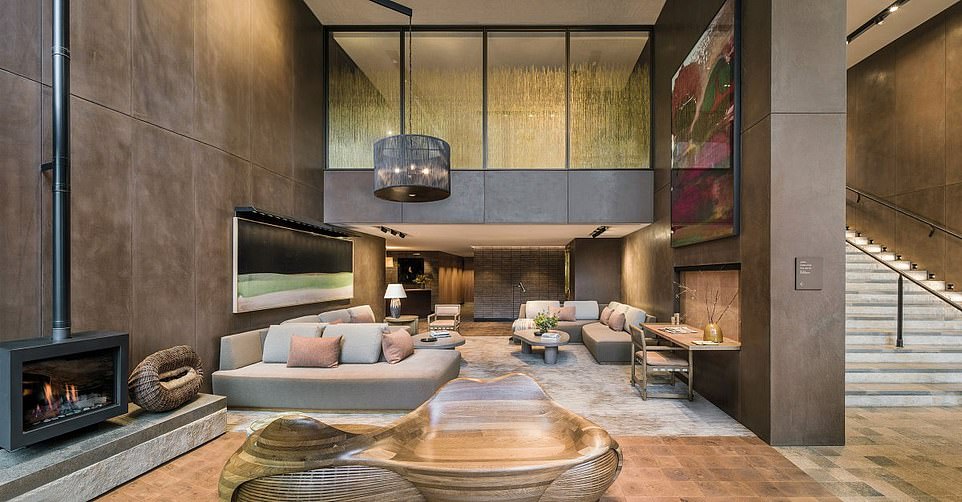 Impressive: The reception area in the block where Adele has bought a flat 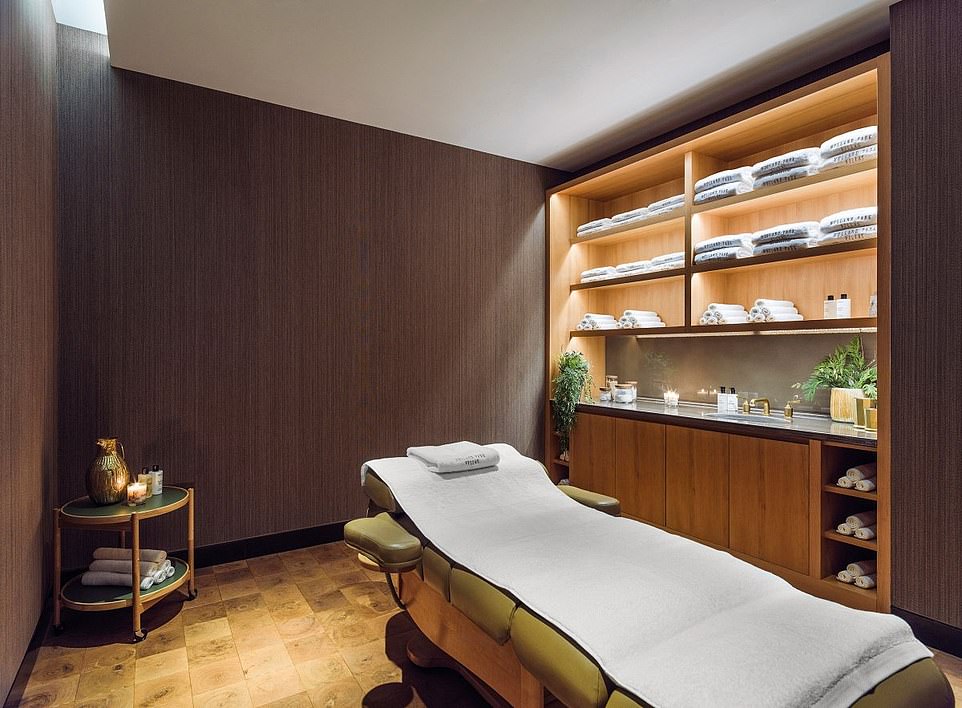 There is also a spa with swimming pool, sauna, gym and treatment rooms. The Bodyism gym, where David Beckham works out, has an arrangement to send personal trainers over.

It is here that Adele has been holed up with her team this week after travelling from America for the Brit Awards on Tuesday. 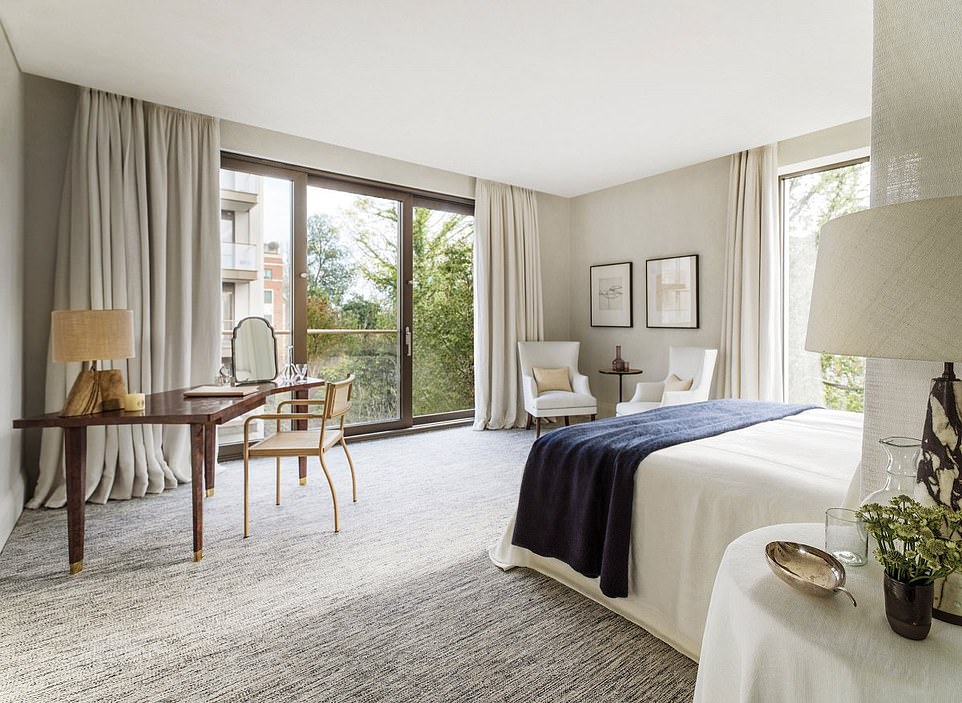 Airy: Bedrooms in the block have floor to ceiling windows 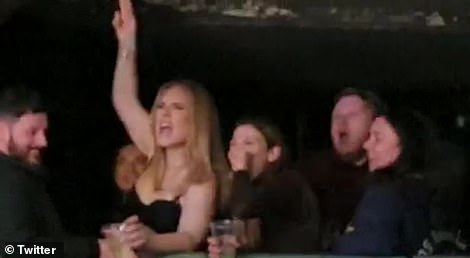 The group were with her on Thursday when she filmed Graham Norton’s BBC chat show, broadcast last night.

Adele, 33, told Norton she hopes to have a baby with her sports agent boyfriend Rich Paul.

She said she wants to reschedule her cancelled dates in Las Vegas for this year in order to have space in her diary for a baby in 2023.

The singer said: ‘It is absolutely 100 per cent happening this year. It has to happen this year because I’ve got plans for next year.

‘Imagine if I have to cancel because I am having a baby!’

She went on to say that she plans to ‘disappear’ in terms of her music after performing in Vegas. ‘You might see a glimpse of me now and then and I won’t be in complete hiding.

‘It takes me a while to recharge, and I would like to have more children – I only just feel like I’ve caught up with my sleep from when I had my son,’ she said.

Her son Angelo, by first husband Simon Konecki, is nine.

Her new beau Paul has three children by nurse Candace Jones, whom he never married. 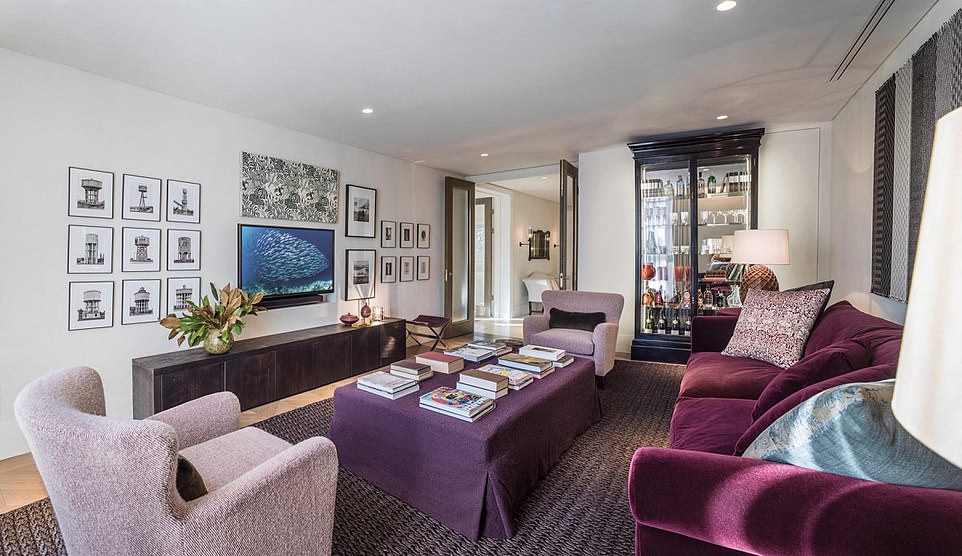 Cosy: A reception room in one of the flats in the block

When it was first revealed that he and Adele were dating, a friend told People magazine: ‘He’s a nice guy, but I’m not sure that he’s the settling down type.’

Another said the pair were ‘not super serious’ but were ‘having a good time’.

But Adele’s camp paints a picture of a couple who are head over heels.

One source said her romance with Paul was ‘stronger than ever’ after the last-minute cancellation of her residency at Caesar’s Palace in Las Vegas.

She is proudly wearing an enormous emerald cut diamond ring, and isn’t bothering to deny that they are engaged.

She told Norton: ‘If I was, would I ever tell anyone if I was or wasn’t?’

Adele’s previous London home was a mews house in Kensington where she and Mr Konecki spent time with their son Angelo when he was a baby.

In Los Angeles, Adele and Paul have separate Beverly Hills mansions a stone’s throw from each other.

And she has just bought a house from Sylvester Stallone for £42million.

Adele was spotted singing, laughing and even looking tearful during a boozy night out after filming the Graham Norton show on Thursday.

At one point the singer twirled around a pole at the G-A-Y night at the Heaven nightclub in London as she joined drag performer Cheryl Hole on stage.

This week Adele had found herself in a row over trans rights after appearing to criticise the Brit Awards’ new gender-neutral categories by voicing her pride at being a female artist.

But after judging a stripping contest at the nightclub, she told the shocked topless winner in a speech peppered with four-letter words: ‘I’ve had a lot of s*** the last couple of days.

‘You were great but… we love females, don’t we.

‘I can see you’re beautiful, lovely, confident with all these men around. We love being females.’ Jeremy Joseph, who runs the G-A-Y event, said: ‘She had a great time, and we all had a great time. After the two years we have had it felt like a moment, it was very special.

Jacqueline Jossa was pictured having what appeared to be...

Getty Deshaun Watson #4 of the Houston Texans looks on...

Caviar to start. Then perhaps a sizeable portion of mussels....
- Advertisement -

Kalush Orchestra won the Eurovision Song Contest 2022 for Ukraine, with the song Stefania – who is group member...

China still holds the cards for global supply chains, whether or not Covid lockdowns frustrate businesses in the near...
- Advertisement -

Ashley Sky Wiki Biography Ashley Sky was born in Florida, USA on 26 November 1991, so under the zodiac sign...

Myer has been accused of having 'double standards' in...
Entertainment

Britain's Got Talent comedian Francine Lewis has told of...
Entertainment

Jacqueline Jossa was pictured having what appeared to be...
Entertainment

Victoria Beckham: Being thin is ‘old-fashioned’

Victoria Beckham says being skinny is so last season.“It’s...
Entertainment

As the days go by since the leak of...
Entertainment

Getty Deshaun Watson #4 of the Houston Texans looks on...
Entertainment

Caviar to start. Then perhaps a sizeable portion of mussels....
Entertainment

David Walliams finally dished out his golden buzzer on...
- Advertisement -