Janet Yellen says Treasury is prepared to pay the US’s bills to prevent ‘irreparable harm’ to the economy as GOP balks at raising debt...

Malika Andrews is an American sports journalist and reporter. Her main areas of coverage are the professional American basketball teams like Milwaukee Bucks and Chicago Bulls. She has been working for ESPN since October 2018 as an online NBA writer and debuted as its youngest sideline reporter for a broadcast during the 2020 NBA Bubble. As the network’s only black female NBA reporter, she was named one of the Forbes 30 Under 30 in the sports industry for 2021. Initially, she was a sportswriter, sports editor, and editor-in-chief of The Beacon. She has worked for one year as a reporter for the Chicago Tribune before joining ESPN.com She was also presented as a James Reston Reporting Fellow for the New York Times. She came to the limelight after the reconstruction of events among Donald Trump and Stormy Daniels in Lake Tahoe. She also became popular after covering the Consequences of Wildfires in Sonoma, Northern California. She has been recognized by the Society of Professional Journalists, the National Association of Black Journalists, and the Columbia Scholastic Press Association for her work as ESPN’s only black female NBA reporter.

Malika Andrews covered the NBA Finals as a sideline reporter for the first time. ESPN’s rising star didn’t miss a beat or flub a sentence during Tuesday night’s celebration after the Bucks beat the Suns 105-99 in Game 6 to win their first championship in 50 years and the internet noticed. She was widely praised across social media for her veteran-like performance by fans, fellow reporters, and her colleagues. “Very impressive to watch a 26-year-old @malika_andrews interview the world champion Milwaukee Bucks on national television, and handle it as smoothly and professionally as she has,” longtime ESPN NFL insider Adam Schefter tweeted Tuesday night. NBA host Ros Gold-Onwude tweeted, “Brava @malika_andrews handled the trophy ceremony like a vet!!! Wildly proud!!” Her sister, Kendra who covers the Warriors for NBC Sports Bay Area, praised her as a “role model” on Twitter. ESPN announced Andrews’ promotion to cover the 2021 NBA Finals in place of “The Jump” host Rachel Nichols amid major turmoil within the network. 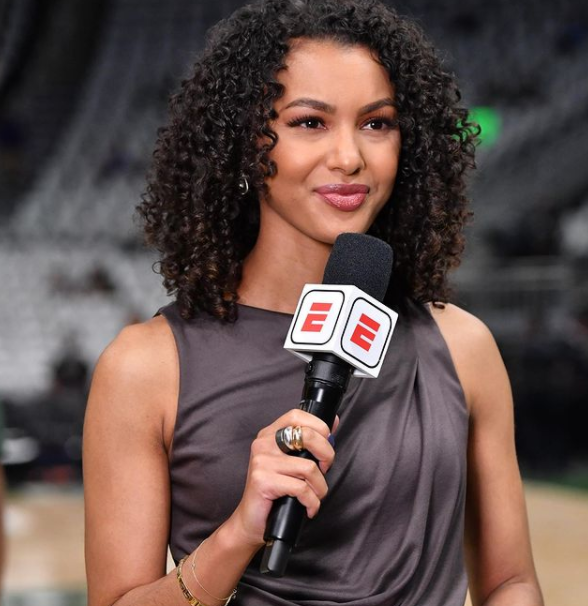 Who are the Parents of Malika Andrews?

Malika Andrews was born with the birthname of Malika Rose Andrews on 27th January 1995 which makes her the present age of 26 as of 2021. Her place of birth is in Oakland, California, the USA. Thus, she holds American nationality and her ethnic background is Mixed of African-America. Aquarius is her Zodiac sign and she follows the Judaism religion. She also has a sibling, a sister named Kendra Andrews. Her sister covers the Golden State Warriors for NBC Sports Bay Area. Malika is the daughter of her parents; Mike, a personal trainer, and Caren, an art teacher. Her father is of black ethnicity and her mother is of She grew up as a fan of the Golden State Warriors. She is of Jewish descent through her mother and had a bat mitzvah ceremony in 2008.

About her education, she was kicked out of Head-Royce School during her eighth grade. She then attended a year-round therapeutic boarding school in Utah, graduating at 17. She studied for a communications degree at the University of Portland. She earned a bachelor of arts degree and graduated with honors in 2017. At the same time, she served as a chief editor for the student newspaper called The Beacon. 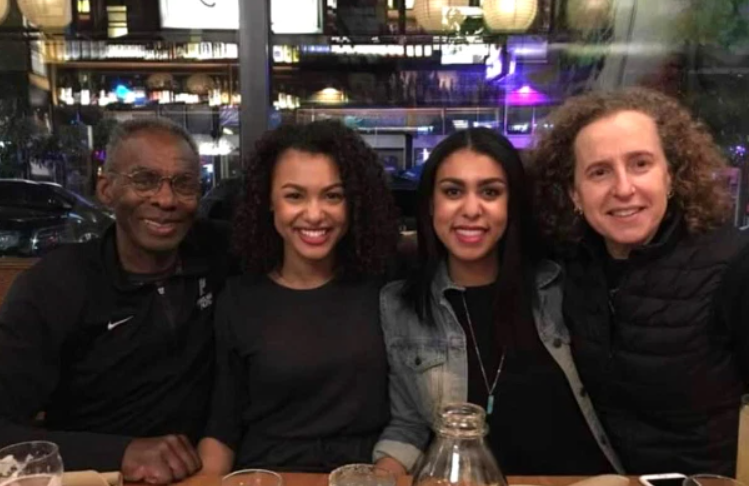 How was the Career of Malika Andrews? 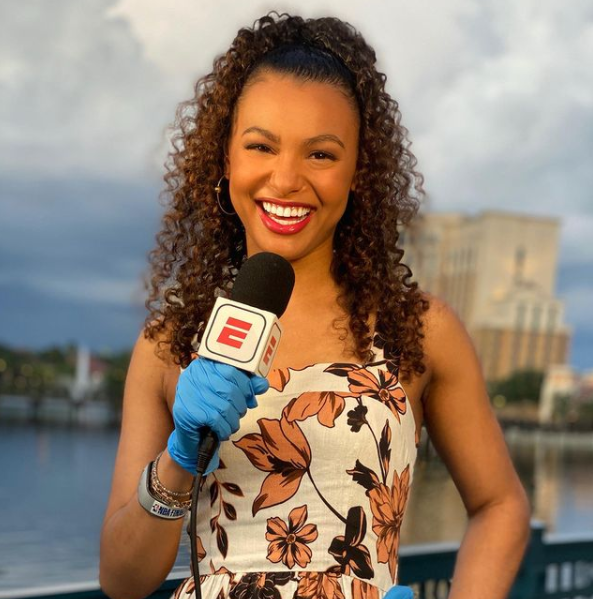 Who is Malika Andrews Husband?

Malika Andrews is an unmarried lady and she is still to get married yet. She has been very confidential regarding her personal life. Though no much news regarding her relationships, boyfriend, affairs, and dating history has been published or revealed in media. Currently focusing on her career, she has no plan to get into any kind of committed relationship or marriage. She seems private in her personal relationship matters. Her sexual orientation is straight.

What is the Net Worth of Malika Andrews?

As of 2021, the net worth of Malika Andrews is estimated to be around $1 Million-$5 Million whereas she is making an annual salary of around $550K. Her major source of wealth comes from her journalism career and she is satisfied with her earnings. Many people like her for her charming personality and she has impressed millions of viewers through her amazing journalism skills.

How tall was Malika Andrews?

Malika Andrews is a very charming journalist who has a standing height of 5 ft 7 in or 1.73 m with a balanced bodyweight of 61 Kg or 134 lbs. Her hair color is dark brown and her eye color is black. Her body type is slim. Her body measurement is 34-25-34 in. Her shoe size is 8 US. Overall, she has got a healthy body at present.