AFL glamour couple Jesinta and Buddy Franklin have been spotted enjoying some family time amid rumours they’re moving to the Gold Coast so the busy mum-of-two can make her mark in the business world.

The doting parents were pictured playing with their daughter Tallulah, 2, and son Rocky, 1, at a playground in Parsley Bay in Sydney’s Vaucluse.

Make-up free Jesinta, 30, and barefoot Buddy, 35, were worlds away from the red carpet as the model rugged up in a puffer jacket while her AFL superstar husband wore a hoodie with many visible marks. 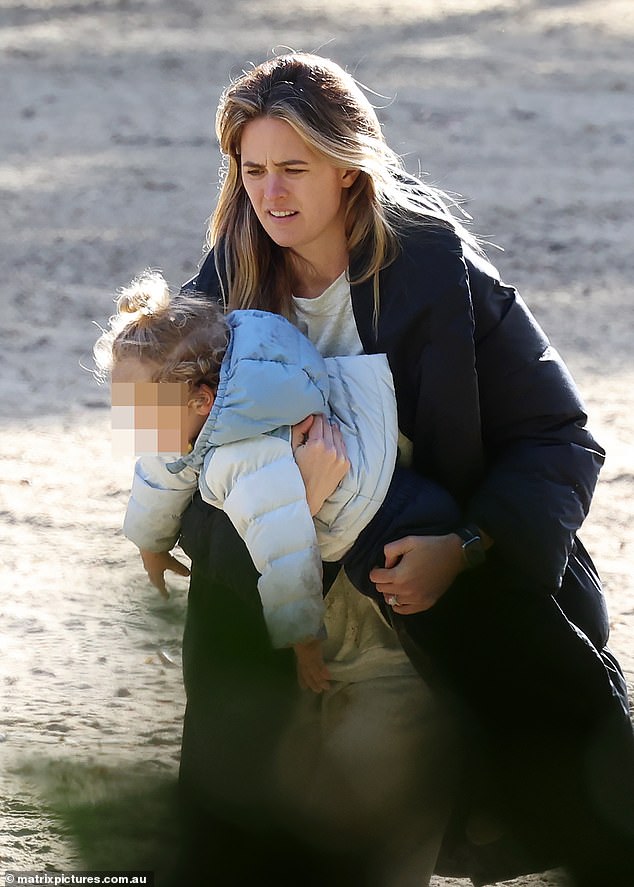 Jesinta with her daughter Tallulah at Parsley Bay in Vaucluse 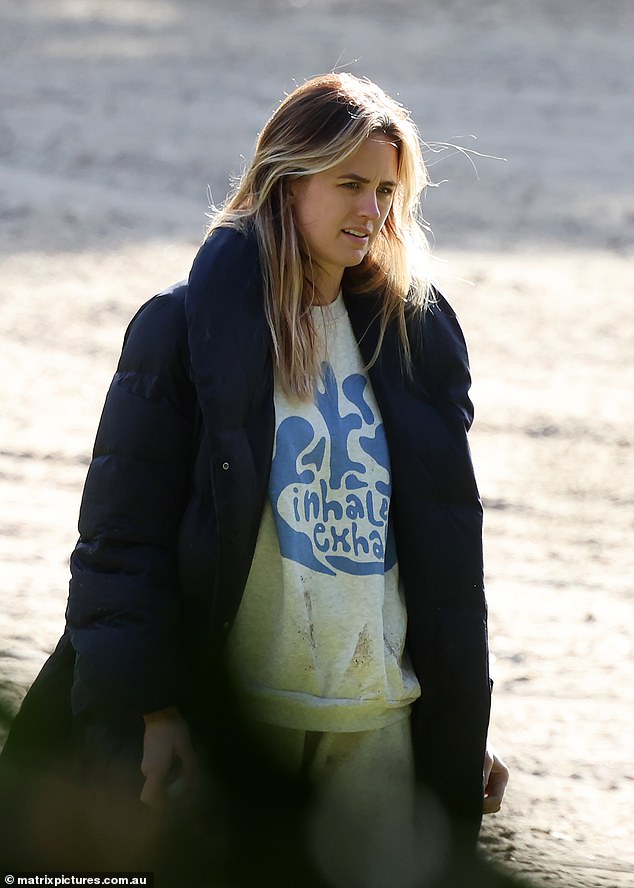 Jesinta keeps a close eye on her daughter 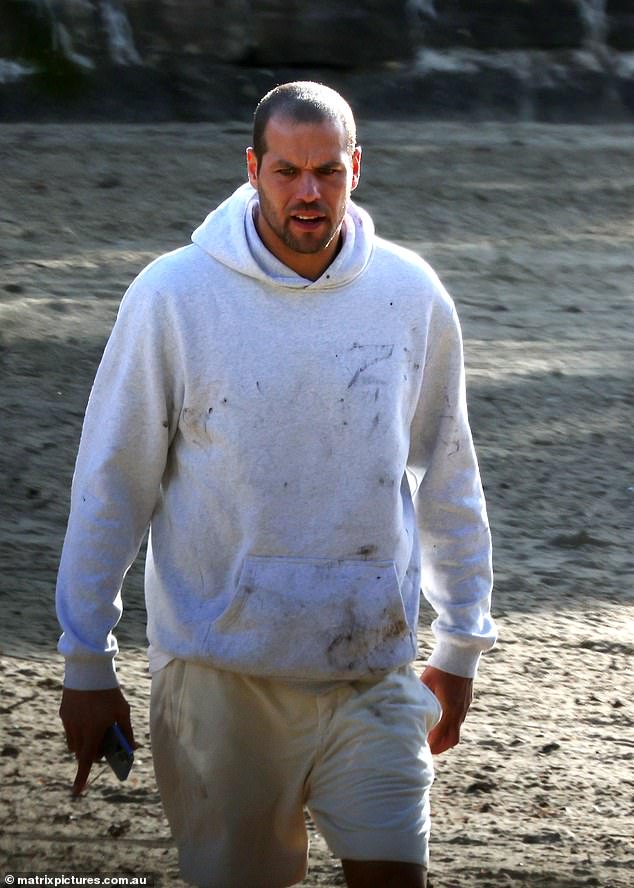 Her husband, Buddy, was also at the playground, and looked like he may have been doing some DIY before the trip

Jesinta and Buddy have officially ‘shut down’ any talk of their plans until the end of the current AFL season. But rumours are rife he won’t continue with the Sydney Swans beyond 2022 after he was asked to take a 50 per cent pay cut in 2023.

A move to the Gold Coast will allow Jesinta to finally ‘get serious’ about her next steps, say those close to her, whose parents Valerie and Andrew also live in the area.

It’s understood Jesinta has a number of business ideas on the go including a retail fashion venture, as well as plans to build on her position as a high-profile media personality.

Jesinta has made her media intentions known in recent years, speaking out on controversial issues including racism in sport and the Bali Nine executions which gained worldwide attention in 2015.

Back in 2015 she came to the support of Indigenous Sydney Swans player Adam Goodes after he was booed during a match.

‘Booing is a public form of bullying and Adam has come out and said it was affecting him so everyone needs to stop,’ she told the Today show.

‘Is it racist? Yes I think it is. And anyone who has never experienced racial vilification, racism is just a word to them.’ 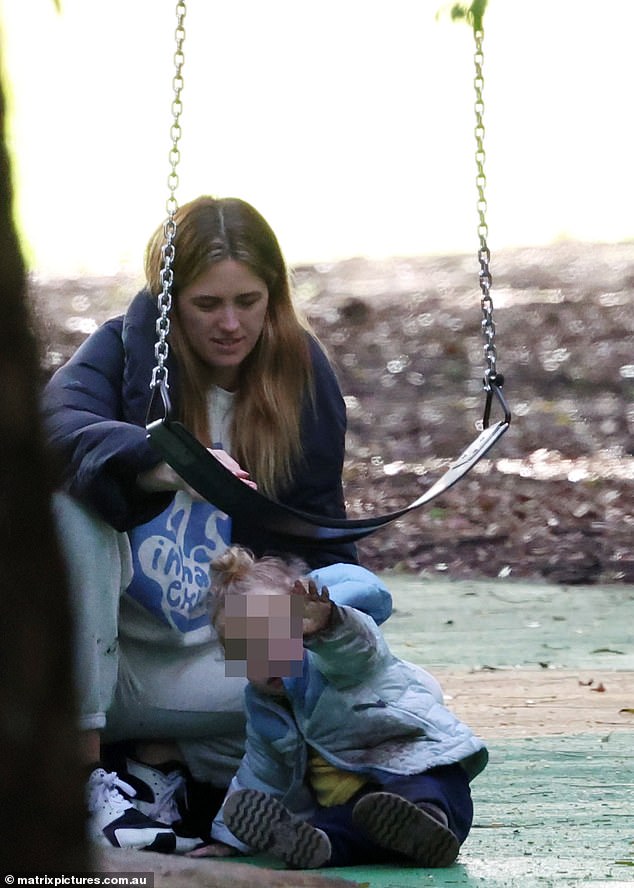 A move to the Gold Coast would give Jesinta an extra layer of support with her mum living there, and allow her to pursue her career interests 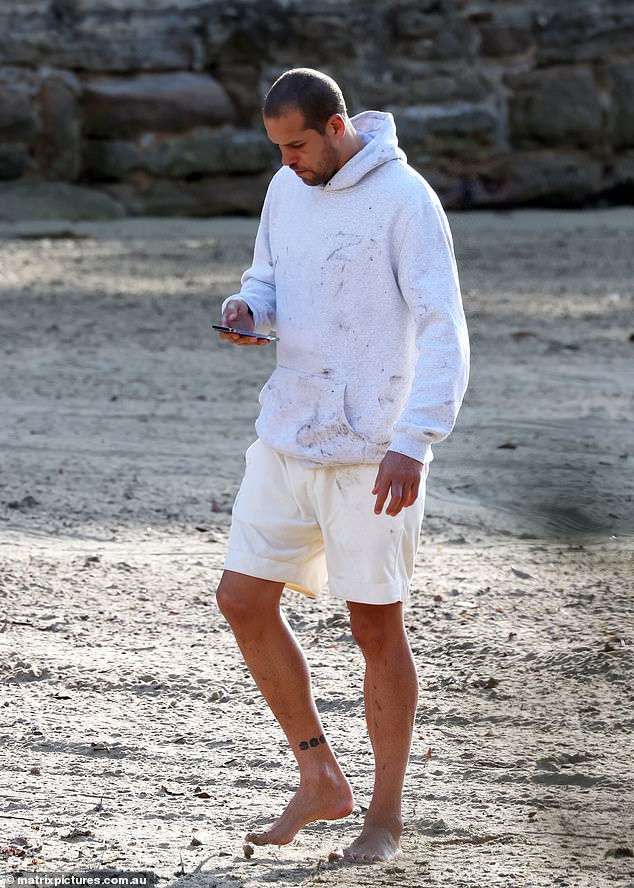 The couple are reportedly considering founding a local version of rapper Jay Z’s management company Roc Nation, which represents some of the world’s most elite athletes 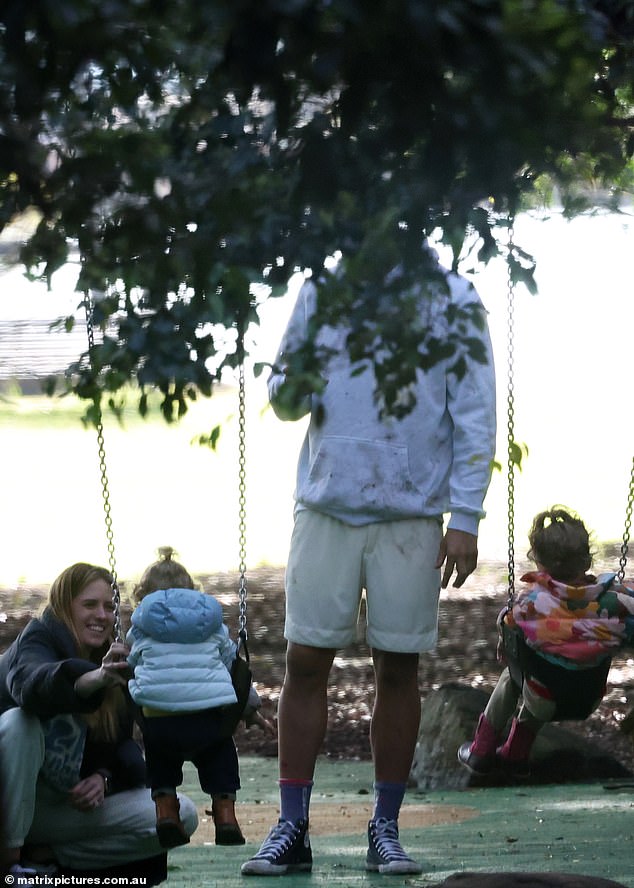 It’s understood Jesinta has a number of business ideas on the go including a retail fashion venture, as well as plans to build on her position as a high-profile media personality

‘The past 10 years has been dedicated to Buddy’s AFL career in many respects and I think now Jesinta is seeing a window into a time when she can start to make some big moves of her own,’ said a source close to the model mum.

‘She has always been very ambitious…she is very well spoken. She aspires to a career in the media but obviously her priorities changed after having two children in a short space of time.

‘But a move to the Gold Coast would mean she has that extra layer of support with her parents nearby.’ 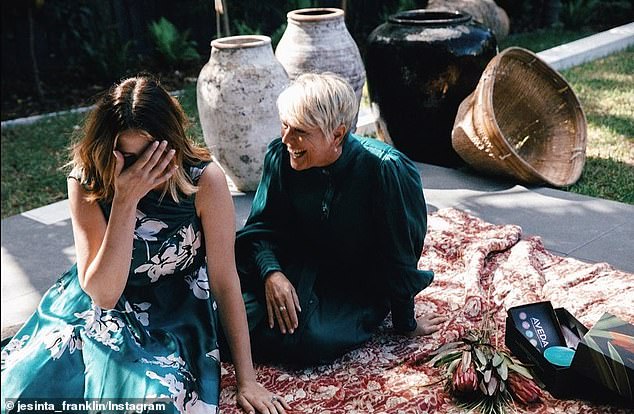 Jesinta’s mother, Valerie, is a renowned educator on the Gold Coast where she founded the revolutionary Silkwood School in 1997 – a ‘non-traditional’ institution which focuses on students’ ‘interests and passions’ over regular curriculum.

Jesinta was one of the first students when the original classroom was formed in the family living room 23 years ago.

Nestled high in the Gold Coast hinterland, the school – which Jesinta has told friends she want to send her children – now boasts three campus’s and about 650 students. 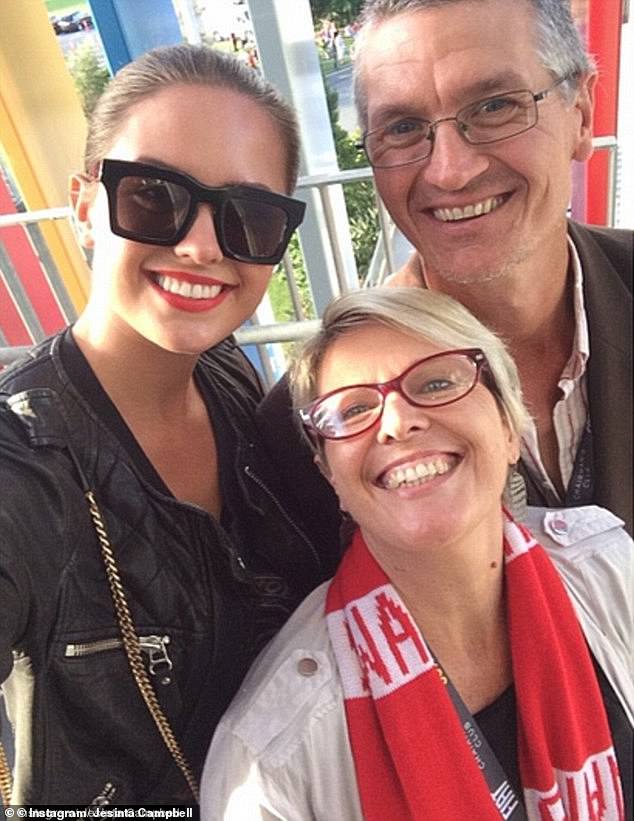 Jesinta with parents Andrew and Valerie at a recent Swans match

The 30-year-old also recently completed a AFL Player’s Association agent course sparking speculation she and her husband may join the talent management world.

The couple are reportedly considering founding a local version of rapper Jay Z’s management company Roc Nation, which represents some of the world’s most elite athletes.

It has been suggested a management firm run by the star couple would primarily represent Indigenous stars.

Meanwhile, any further speculation about Buddy’s playing future has been snuffed out via his rep Adam Finch who released a statement on Saturday on behalf of the Swans forward.

‘At this stage conversations have been paused around my contract so I can put all my focus on playing footy,’ the statement said.

‘No further comment will be made until the season is done and I have decided about my future.’ 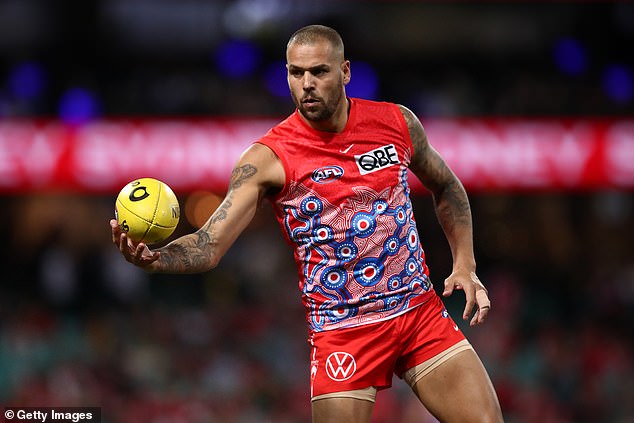 However rumours were again fuelled on Wednesday when Buddy was a no-show at teammate Josh Kennedy’s emotional retirement announcement.

Video footage released by the club show teammates rallying around Kennedy as he was moved to tears describing his ‘incredible journey’ in footy, with many rushing to hug him after his heart-warming speech.

Franklin, however, was absent.

It came a day after Franklin was criticised by outspoken pundit Kane Cornes for his ‘me, me, me’ approach to contract negotiations.

Swans management are also said to be suspicious of two major leaks about their contract negotiations with Franklin who reportedly has also had quiet talks with the Brisbane Lions.

However Lions coach Chris Fagan has said that while he would welcome Franklin to the club, the talks were  ‘news to him’.

Ex-Bachelor star Brittany Hockley has left little to the imagination as she bared her midriff for a hen’s party...

In recent years, video games based on iconic Marvel Comics characters have demonstrated the versatility of those characters and...

A lady who made her hair and refused to pay was spotted in a viral video being...
- Advertisement -

After Juventus lost 1-0 to newly-promoted Monza in Serie A last weekend, #Allegriout began trending on social media. It...

In recent years, video games based on iconic Marvel...
News

A lady who made her hair and...
News

We saw this a few days back but passed...
News

A man has finally captured...
News

Global warmingNostradamus predicted in 1555 that climate change would...
- Advertisement -