‘The White House is looking for scapegoats’: Facebook official says the Biden administration ‘knew what they were doing’ 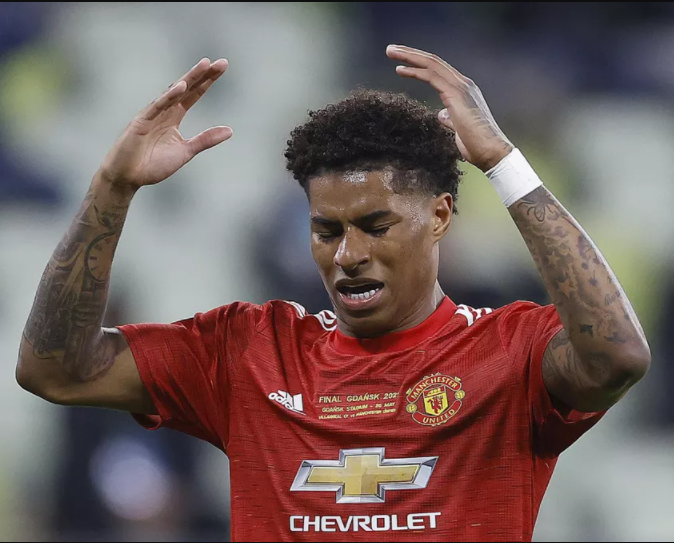 Marcus Rashford has defended his off-field partnerships following claims that he profited from his campaigning.

The Manchester United and England star earned an MBE for his charitable efforts helping feed children in need throughout the last year-and-a-half.

Rashford called out the government on a number of occasions during the pandemic to ensure schoolchildren were given access to meals, which resulted in U-turns and a shift in policy, and he did a huge amount to raise funds for charity.

The forward, who was racially abused after missing a penalty in the final of Euro 2020, tweeted on Tuesday night that he had heard political magazine The Spectator was planning to run a story suggesting he has ‘benefitted commercially’ from his charity work and decided to speak against it.

“Just heard @spectator are planning to run a story on me tomorrow about how I have benefitted commercially in the last 18 months,” Rashford tweeted.

“To clarify, I don’t need to partner with brands. I partner because I want to progress the work I do off the pitch and most of any fee I would receive contributes to that.

“Do I have a larger commercial appeal following the u-turns? I’m sure. But I’m also a Manchester United and England international footballer. Why has there always got to be a motive? Why can’t we just do the right thing?”

A thug in a Spider-Man outfit among a costumed mob involved in a violent brawl in Asda are being...
Entertainment

Patoranking Invites Davido To Surprise His Brother On His Wedding Day