A small suburban Sydney garage found itself at the centre of the FBI‘s ‘AN0M’ trojan horse app sting after a $700,000 cocaine shipment allegedly landed on its doorstep.

In a hi-tech sting, law enforcement agencies around the world planted phones among crime syndicates carrying the encrypted messaging app AN0M, which allowed investigators to read every text that was sent.

The operation has resulted in the arrests of more than 800 people in Australia, the United States and Europe, kneecapping mafia and bikie organisations, busting drug and gun smuggling conspiracies and preventing some 21 murders.

Now the FBI and NSW Police have detailed how intercepted AN0M messages resulted in the foiling of an alleged cocaine shipment to a humble south Sydney car workshop, Pro Worx Performance, earlier this year.

In US Department of Justice court documents, FBI special agent Nicholas Cheviron alleged that an Australian calling himself Tom Ford after the famous American fashion designer forwarded a message via AN0M on February 25.

‘We are on standbys to receive the package today bro,’ said the message, sent to a mystery Armenian with the username Sion. 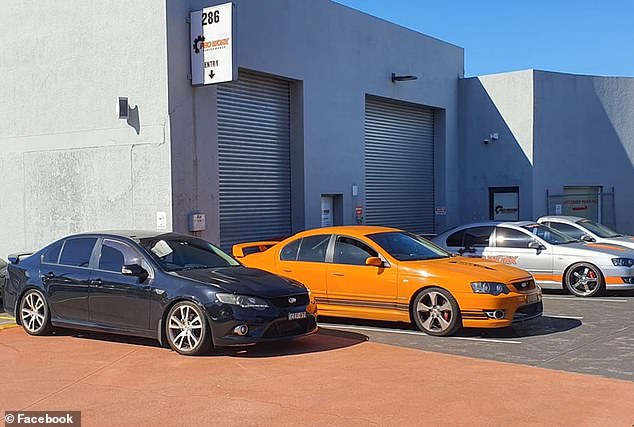 This humble workshop in suburban Sydney (above) was named in US Department of Justice documents as being the destination for an alleged cocaine shipment, which police say had a street value of $700,000 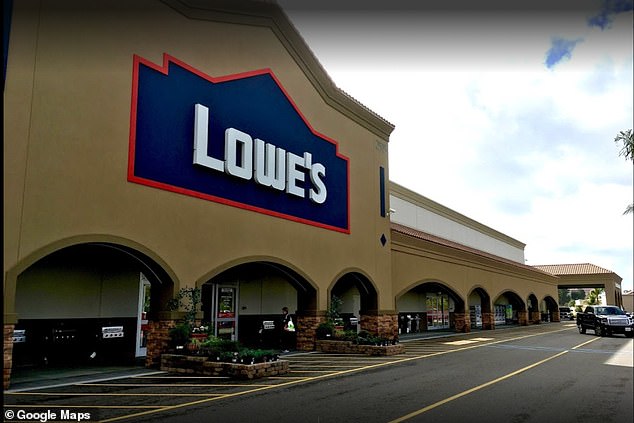 The alleged cocaine shipment may have been sent from a Californian Lowe’s Home Improvement store to the workshop, US court documents claimed 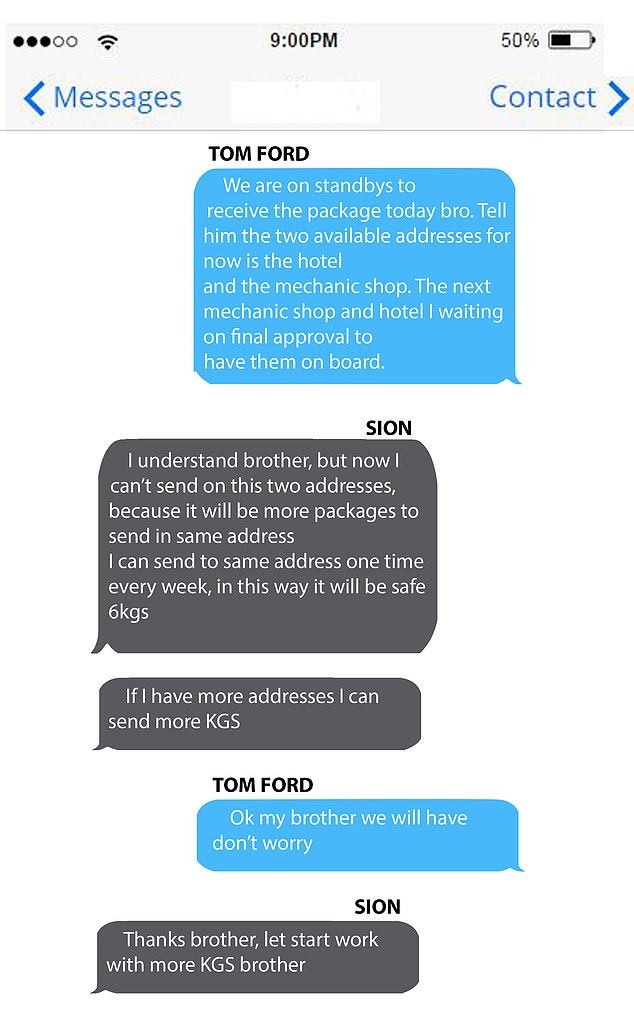 After some discussion of how many addresses ‘kgs’ could be sent, Ford later sent Sion photos of a commercial invoice for a ‘chest seat’ from a Lowe’s Home Improvement store in Carlsbad, California.

An accompanying consignment note said that the ‘seat’ was being shipped to the Sydney workshop, according to the US court documents.

Sion said he was relieved. The pair went on to send one another photos of apparently separate cocaine bricks which were being sent from America to Europe.

But the unnamed pair may not have known that their alleged cocaine shipment was already unravelling, and their messages read by law enforcement agencies.

Unknown to Ford and Sion, the Australian Border Force had intercepted their alleged drug shipment some three days earlier, on February 22.

A NSW Police spokeswoman told Daily Mail Australia: ‘ABF officers intercepted and examined a consignment of equipment which arrived in Sydney from the United States of America.

‘During a subsequent deconstruction, the consignment was found to contain 2kg of compacted white powder concealed within the items.’

Testing returned a presumptive positive result for cocaine, with an estimated potential street value of $700,000, police will allege in court. 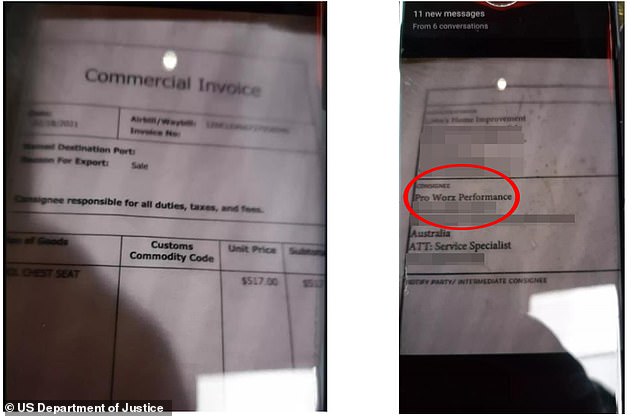 Ford, who the FBI believes was based in Australia, sent his friend a picture of a commercial invoice showing a delivery to Pro Worx in Banksia 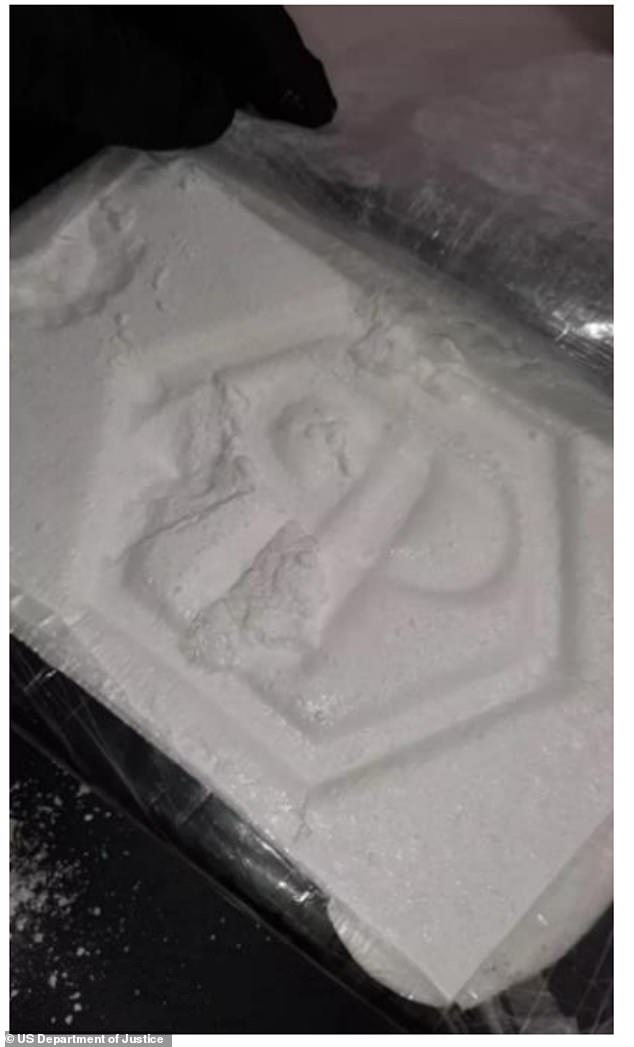 The pair also sent photos of cocaine bricks to one another, according to the court paperwork. One such picture is above

The FBI suspected the pair were speaking about a drug shipment from Carlsbad, California to Banksia, Sydney

NSW Police Organised Crime Squad detectives then conducted a ‘controlled delivery’ – that is, a fake delivery – to the workshop three days later.

Just after 2pm on February 25, police executed a search warrant ‘at a property at the Princes Highway, Banksia,’ officers said. 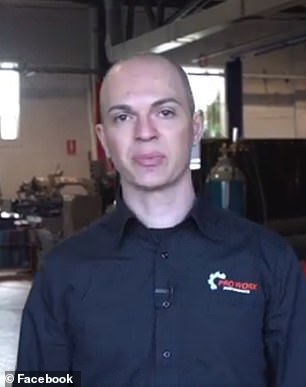 Shocked workshop owner: Businessman Steve Zervas told Daily Mail Australia he knew nothing about the sting when called this week

Three men were arrested during the search: James Bouzianis, 48, and two others, aged 42 and 24.

Just what connection the trio had to the garage – if any – remains unclear.

When Daily Mail Australia called about the alleged cocaine shipment, Pro Worx Performance owner Steve Zervas said: ‘I don’t know anything about it.’

It’s not suggested that Mr Zervas was in any way involved – just that his business’s address was named as the delivery point for the alleged cocaine shipment.

Bouzianis will face the Downing Centre Local Court on June 20. 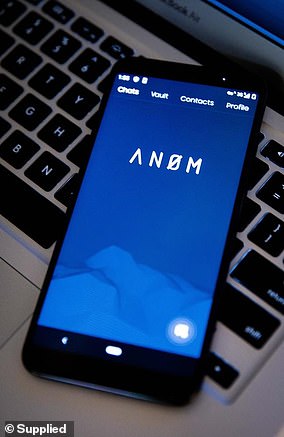 On its glitzy website, the ‘ANoM’ phone looks like any new tech innovation with sleek black lines, ‘invite only’ exclusivity and a pledge to ‘enforce your right to privacy’.

But its best feature – and for most of its users, the worst – wasn’t promoted in its marketing material.

The phone, which supposedly allowed encrypted communications safe from the eyes of the law, was actually a cunning trap laid for a who’s who of organised crime.

Senior bikies and mafia figures were tricked into buying hi-tech phones that would supposedly let them messages one another, free of police snooping.

But the ANoM phones were actually designed by the FBI and allowed Australian police to read the texts of organised crime figures.

Police watched in real time as alleged crooks spilled their secrets to one another on their own app. 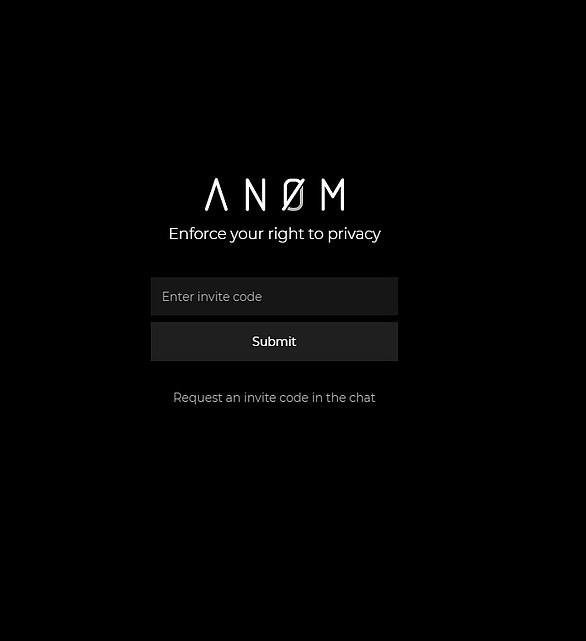 In Australia, some 21 execution plots were foiled and drug and gun smuggling networks dismantled.224 people have been arrested, $44,934,457 in cash seized, as well as 104 weapons, 3.7 tonnes of drugs and multi-million dollar assets.

Users could buy phone handsets costing between $1,500 and $2,500 from what has been described as underground distributors.

The phones were stripped down – they couldn’t even make calls, access the internet or send emails.

What did do was send encrypted messages, photos and videos, using a foreign SIM card to apparently avoid Australian data snooping laws.

Crooks could buy a six month subscription to use the app – the funds raised unknowingly redirected to the police. 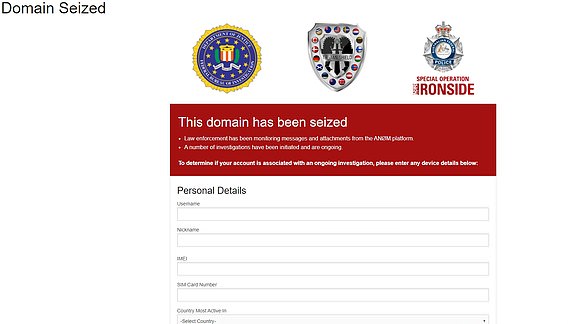 This is how the Anom.io website looked as of late Tuesday morning

The app was accessed by entering a PIN number into the phone’s calculator, the stuff of spy dramas.

ANoM’s website, which was only deleted about 10am on Tuesday, made the technology sound bulletproof.

The company was apparently based in famously neutral Switzerland and boasted of ‘military grade encrypt and sanitise’.

That may have been an in-joke – as all the supposedly self-destructing messages sent on the app was radically open to the Australian Federal Police to read. 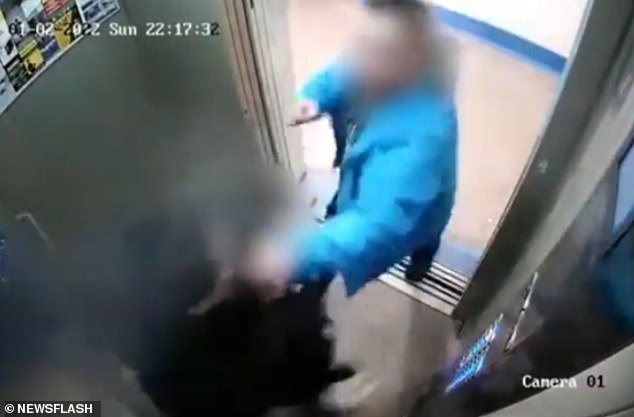 That is the second a father punched a pervert who tried to pressure himself on his 15-year-old daughter in a raise in Russia.   CCTV footage captured the second the 27-year-old man tried to kiss the kid whereas in a raise in a block of flats within the metropolis of Surgut. Video, filmed round 10pm on…

The woman who was abducted for 26 hours and ‘lost count’ of the amount of times she was raped by US serial killer Bobby Joe Long has discussed why she wanted to be in the front row for his execution – and says her brush with death actually ‘saved my life’.  Lisa McVey, now a… 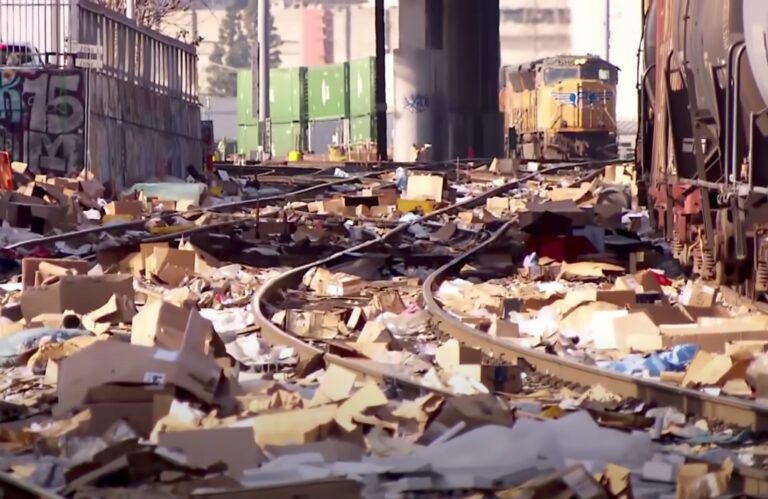 Leftists’ intentional failure to prosecute violent criminals in some of the country’s most populous cities is propelling our societal breakdown. Los Angeles officials revealed this week that in 2021, the city saw its highest number of homicides in 15 years. In addition to skyrocketing murders, Los Angeles is also struggling with an uptick in violence…

Police are searching for a man who burst into a kosher bagel store in Queens and demanded that it take down its Israeli flags and close, or he’d ‘burn the building down,’ as violence continues to plague the city. Surveillance footage, which does not include video, released Tuesday by the NYPD’s Hate Crime Task Force…

I’ve tried, honestly I have, to be positive about the latest initiative from Team Sussex. But once again I’m failing. When Meghan spent 40 minutes of her birthday videoing compassionate messages to less advantaged women, no doubt she meant well. It was certainly no crime.  But the room where the video takes place? That really…

A police force is issuing criminals with yellow cards in an attempt to crack down on county lines drug dealing.  Cheshire Police’s ‘Operation Yellow Card’ initiative will apply to people from outside the county, who are not thought to have a legitimate reason for being in the Cheshire area. It will also be applied to…