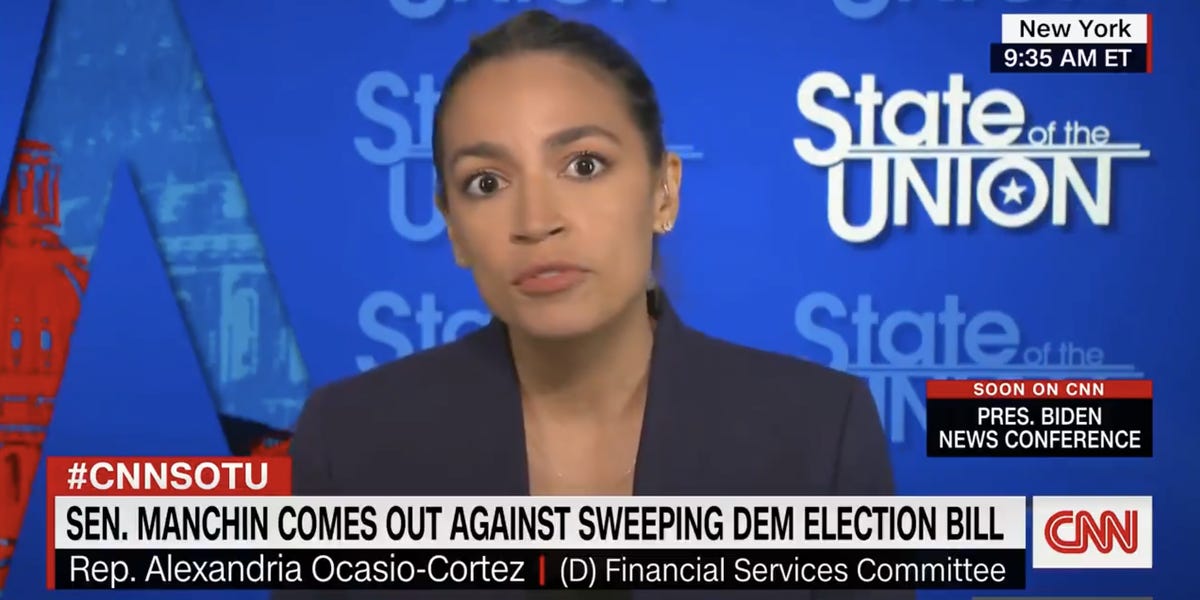 During an appearance on CNN’s “State of the Union” on Sunday, Ocasio-Cortez was asked whether she agreed with comments made earlier this year by her colleague, New York Rep. Mondaire Jones, who called on Breyer to retire.

“There’s no question that Justice Breyer, for whom I have great respect, should retire at the end of this term. My goodness, have we not learned our lesson?” Jones told Cheddar in April.

The late Justice Ruth Bader Ginsburg, who died in September 2020 at the age of 87, had received calls to retire before former President Barrack Obama left office so he could’ve nominated a replacement in case a Republican won in 2016.

Ginsburg a year before her death spoke out against critics who criticized her for staying on the court.

“When that suggestion is made, I ask the question: Who do you think the president could nominate that could get through the Republican Senate? Who you would prefer on the court than me?” Ginsburg said at a September 2019 event, according to CNBC.

Ocasio-Cortez said she needed to give more thought to the issue but said she ultimately believed that Breyer should retire from the court.

“I would give more thought to it, but I’m inclined to say yes,” she said.

The court’s current term is over at the end of the month.

Breyer was appointed to the court in 1994 by President Bill Clinton. At 82, Breyer is the oldest judge on the court.

And in 2018, Trump nominated Justice Brett Kavanaugh to fill the seat vacated by Justice Anthony Kennedy, who retired that year.

Then, when Justice Ruth Bader Ginsburg died in September 2020 while she was still serving on the court, Trump quickly nominated Justice Amy Coney Barrett to replace her. After a contentious confirmation hearing, Barrett too was confirmed to the court.

The court now has a 6-3 conservative majority, causing concerns among progressives as issues like abortion make their way before the court. As Insider previously reported, Senate Democrats have been largely silent on whether Breyer should retire under Biden’s current term.