Apocalypse may not be as famous as Magneto, but he’s an even more powerful, maniacal enemy to the X-Men. Born millennia ago in Egypt, Apocalypse was once En Sabah Nur, the first Mutant. When he merged with ancient Celestial technology, he became something even greater. Apocalypse lives by survival of the fittest and intends to inflict his Darwinian vision on the world.

Since X-Men comics relaunched with House of X/Powers of X in 2019, Apocalypse has evolved into a more heroic figure. However, for much of his history, he was a decidedly evil character. This was best seen in the 1992 X-Men cartoon, which was many a fan’s introduction to the villain. Voiced by John Colicos (and later James Blendick), Apocalypse spoke almost entirely in over the top boasts and threats. What made him scary was that he could back up such claims with power cultivated over centuries.

10 “I Am Apocalypse! Look Upon The Future And Tremble!”

X-Men wasted no time introducing Apocalypse; he debuted in Season 1 episode, “The Cure,” where he snared vulnerable mutants with the promise of a cure before turning them into his Horsemen. Rogue just barely escaped his fate. In the next episode, “Come The Apocalypse,” he faces the X-Men and introduces himself with the above declaration. He follows this up with a threat: “All who oppose me shall be crushed!” Any fan who’s read comic storyline The Age Of Apocalypse will indeed tremble at the thought of a future ruled by him.

9 “The Old World Passes Away. Together We Shall Forge A New One In Fire And Blood.”

In “Come The Apocalypse,” the eponymous villain indulges in a monologue before send out his horseman to ravage the world. A theme of X-Men is evolution and that the world is changing. The major factions of Season 1 offer different directions for the world. Professor X desires human and mutant integration. Magneto believes in mutant survival by any means necessary, be it separatism from or subjugation of humanity. Bolivar Trask and the Sentinels wants subjugation of mutants. Apocalypse’s vision is the most destructive; he sees himself as above petty divisions of humanity and mutants, and for him, survival is something that must be earned.

8 “From The Ashes Of This World, I Will Build A Better One.”

With the above quote, Apocalypse makes a promise. His actions will not end with destruction. Instead, once the world is cleansed to his liking, he will lead a new one out of the ashes. Of course, Apocalypse’s definition of “better” is much different from what most would consider such, the X-Men in particular. This is such an iconic line that the film X-Men: Apocalypse featured a paraphrased version: “Everything they’ve built will fall and from the ashes of their world we’ll build a better one!” Oscar Isaac’s performance in that film isn’t one of his finest ones (stiff competition, to be fair), but his delivery here rivals Colicos.

7 “I Know More Of This World Than You Can Even Dream. That Is Why I Must Destroy It.”

In X-Men (1992), Mystique was initially depicted as a servant of Apocalypse; the latter’s brief appearances in “The Cure” was him conversing with Mystique. It’s clear Mystique doesn’t fully understand her master’s goal or motivations; when she inquires, he responds with the above statement.

The former half of this quote is the series’ first hint of Apocalypse’s immortality and elongated life-span, while the latter shows how he lives up to his name. Viewers don’t get a full taste of Apocalypse’s power until the following episode, but this quote offers a terrifying taste of what he has in mind.

6 “Watch Me And Tremble, For I Bring The Purity Of Oblivion.”

Apocalypse took a step back in the last episodes of Season 1, so the series could instead adapt Days Of Future Past, a comic storyline from before Apocalypse was introduced. The villain returned in Season 2 two-parter “Time Fugitives,” squaring off both with Cable in the future and the X-Men in the present day. Apocalypse’s quote effectively reintroduces his character and fits his goal in this two-part showdown. Rather than “purify” the Earth to his liking with terroristic attacks, Apocalypse chose a much more subtle method of annihilation: unleashing a virus.

5 “There Exists No Freedom From Me. There Is Only Freedom Through Me.”

In Season 1 of X-Men, Warren Worthington/Angel was brainwashed into becoming Apocalypse’s horseman Death. Season 3 episode “Obsession” features Angel attempting to get revenge, Captain Ahab-style. It’s an apt comparison, considering Angel’s power was as dwarfed by Apocalypse as Ahab’s strength was by the great white whale.

The episode features the above quote, uttered while the immortal villain defeats the X-Men. This quote is easily Apocalypse at his most solipsistic; Apocalypse is nearly as old as human civilization itself, and no society has ever been totally free from his influence.

4 “How Many Peoples Have Dreamed Of My End? You Are No Closer Than The Babylonians With Their Swords And Fire Sticks!” 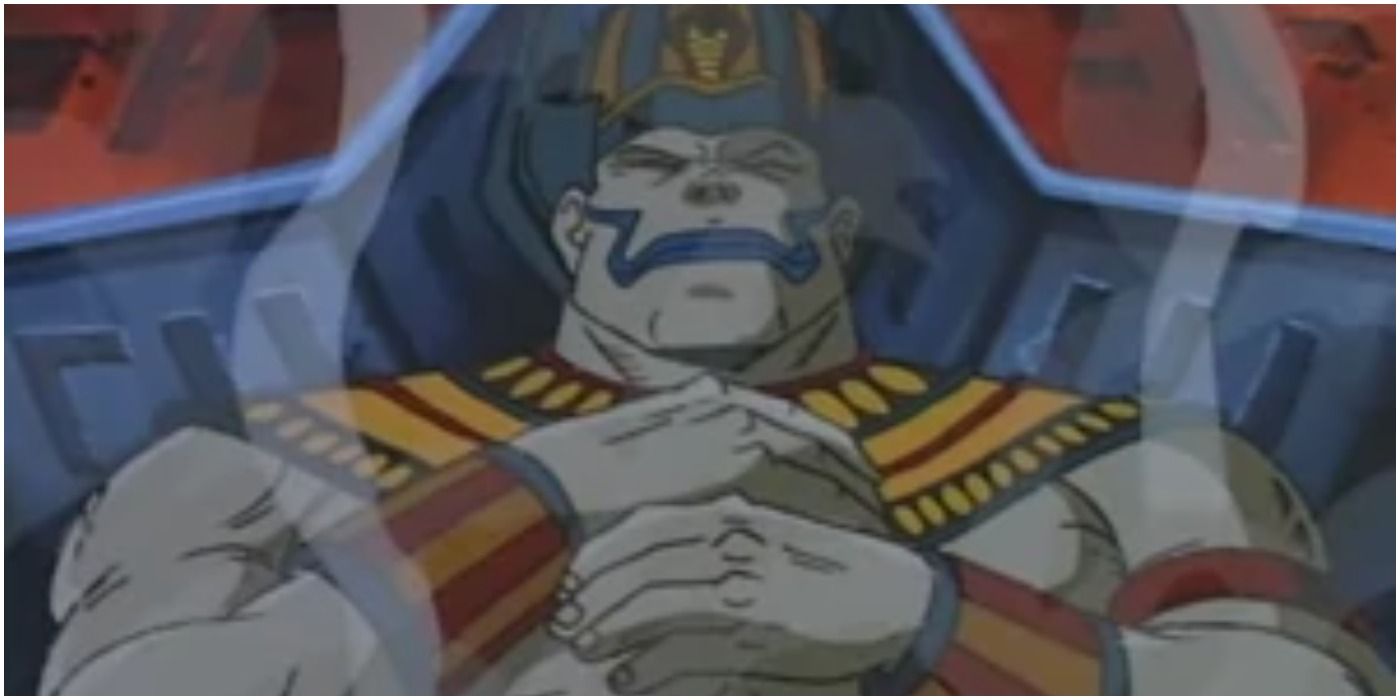 While the X-Men are fighting for their lives whenever they dare battle Apocalypse, the villain considers the mutant heroes a nuisance. They may foil his plans, but defeating Apocalypse himself, let alone destroying him, is beyond their grasp. The above quote, uttered when Beast traps Apocalypse in an energy field, reflects this attitude. Apocalypse has lived for approximately 5000 years, and in that time, none have succeeded in ridding him from the Earth. Implicit in the quote is that modern tech is no more impressive than “swords and fire sticks,” understandable when Apocalypse has the power of Celestials at his fingers.

3 “Evil? I Am Not Malevolent, I Simply Am. Which Soon Will Be More Than I Can Say For You!”

Despite his genocidal aspirations, Apocalypse doesn’t take kindly to being called evil. When referred to as such by Cable, he rebuts with the following quote then issues a threat. Apocalypse’s view of himself expressed in this quote is reflected by his choice of name. The Apocalypse is beyond human understanding, being the work of Earth itself or the divine.

RELATED: Cable: 10 Things You Didn’t Know About His Life In The X-Men’s Future

By declaring “I simply am,” Apocalypse broadcasted that he was more than human.Yet, in the end, he couldn’t transcend his human origins entirely. As his battle with Cable continues, Apocalypse realizes that in his millennia of existence, he has yet to achieve final victory. Such folly reflects his human origins.

2 “I Am The Rocks Of The Eternal Shore – Crash Against Me And Be Broken!” 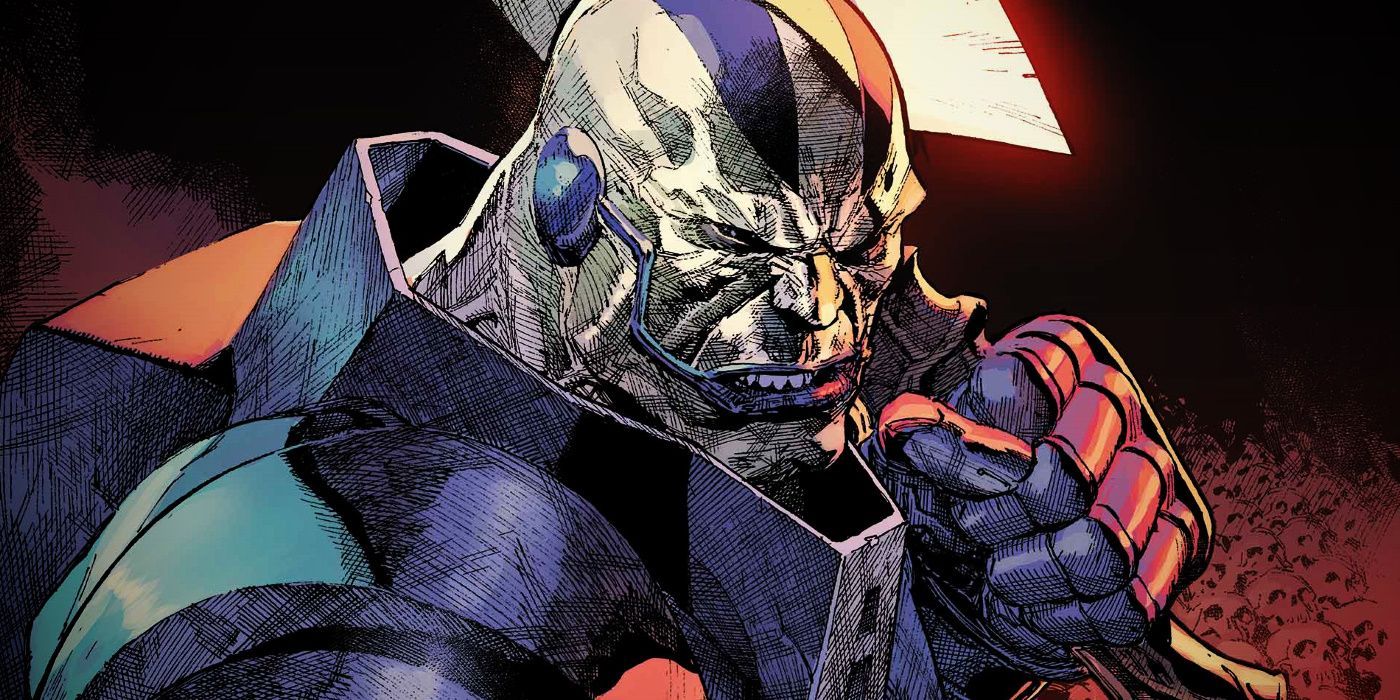 That Apocalypse sees himself as greater than human and a personification of the Earth’s will is further reflected in this quote from the “Obsession.” As usual, he couples his boast with a threat for the listener, but what’s intriguing is how he phrases it. Apocalypse doesn’t say he will destroy his foes, but declares that the simple act of coming into conflict with him will result in one’s destruction. Like a natural disaster, from a storm to an earthquake, Apocalypse is simply unforgiving through simple apathy rather than sadism.

1 “I Am As Far Beyond Mutants As They Are Beyond You.”

Apocalypse’s designs for the world extend beyond the miniscule divisions between humanity and mutants. However, considering mutants tend to be more naturally powerful, his plans for survival of the fittest invariably favors mutants. In “Time Fugitives,” Apocalypse utters the above quote to Graydon Creed, leader of anti-Mutant group “The Friends of Humanity.” It’s the perfect encapsulation of how Apocalypse sees himself and the world. It’s fitting who Apocalypse delivers it to as well. Creed and his followers fight back against the pull of natural selection and are the very antithesis of what Apocalypse fights for.


Devin is a passionate writer always working to use his skill with words to express my love for film and fiction of all sorts. He is currently writing list articles for Comic Book Resources (CBR). He hopes this will be the first step on a prosperous journey towards being a professional writer. He can also be found on Twitter at @DevinM626 and you can read more of his work at

Republican voters turned out in droves to participate in...
- Advertisement -