Ashley Banjo has revealed he was ‘not shocked’ by bombshell revelations made during Prince Harry and Meghan Markle‘s Oprah interview in March.

Ashley, 32 – who had a phone call with the royals following Diversity’s BAFTA-winning Black Lives Matter performance on Britain’s Got Talent in September – said: ‘You look at their actions to look after one another and protect their little family and I understand it 100%.’

Speaking on Friday’s Lorraine, he added: ‘There were a lot of things people were shocked at in their interview with Oprah. I think I was less shocked because of our conversation, we had a really long chat and it was really eye-opening for me.’ 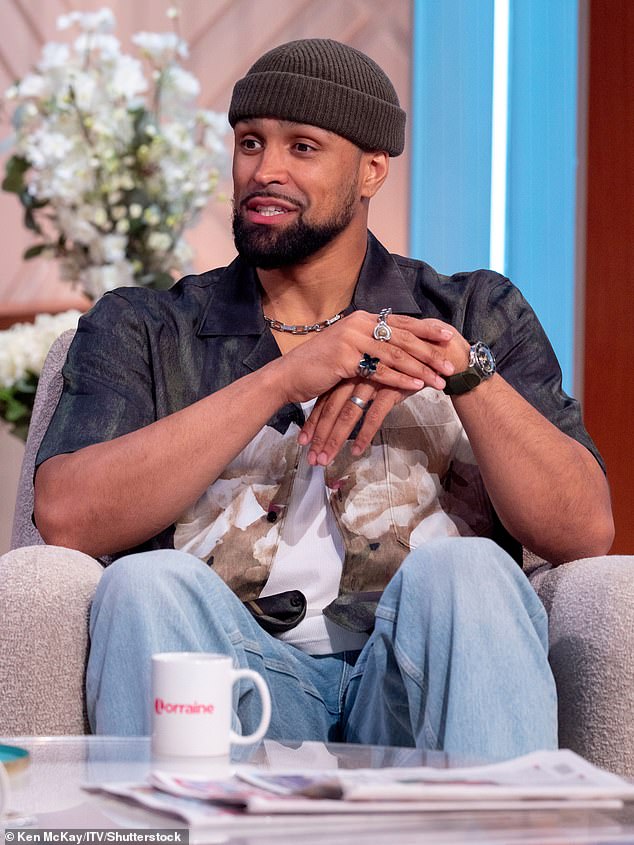 Candid: On Friday’s Lorraine, Ashley Banjo, 32, revealed he was ‘not shocked’ by bombshell revelations made during Prince Harry and Meghan Markle’s Oprah interview in March

He went on: ‘I’m genuinely inspired by both of them, the way they’ve handled themselves.’

The doting father continued: ‘They’re just normal people. They’re living a slightly different life to us, but they are just people.’

During their bombshell Oprah interview, Meghan, 39, revealed a member of the royal family – who she refused to name – had raised ‘concerns’ about how dark her and Harry’s two-year-old son Archie’s skin might be when he was born. 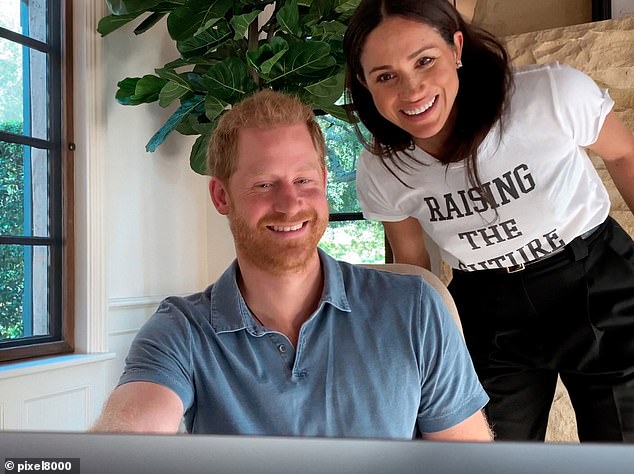 Chat: The Diversity star had a phone call with the royals following the dance troupe’s Black Lives Matter performance on Britain’s Got Talent in September

Last week the royals announced the birth of their daughter, Lilibet Diana.

On Thursday, the dancer revealed a future project with the Sussexes may be in the works following his recent BAFTA win.

Speaking on FUBAR Radio’s Access All Areas, Ashley coyly said: ‘I think the paths might cross at some point, I’m not sure how. 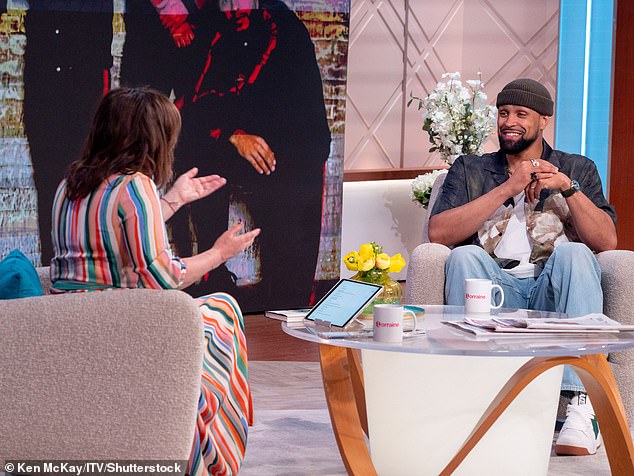 Ashley added: ‘There were a lot of things people were shocked at in their interview with Oprah. I think I was less shocked because of our conversation, we had a really long chat’

Style it with stripes like Lorraine wearing Oliver Bonas

It’s summertime which means bright bold and beautiful designs – enter Lorraine Kelly with the perfect pick for your summer wardrobe!

With help from stylist Broghna Webster, Lorriane opted for a stripe midi dress from Oliver Bonas. The dress is cut to a midi length with a classic shirt style floaty silhouette and a tie wait belt to flatter your shape – what’s not to love?

Unfortunately, this piece is sold out but click right to take a closer look before yuor browse the carousel for striped styles from Loro Piana at NET-A-PORTER and French Connection…

‘There’s been a couple of conversations, but, yeah. I’m hoping that our paths cross. That’s all I’m going to say. Keep it under wraps as they say.’

Ashley hit it off with the pair, joking that they ‘are buddies now,’ adding: ‘We’ve got loads of like loads of common ground, things that we just both relate on.’

Co-host Bobby Norris joked that their blossoming friendship could lead to some one-to-one dance lessons in the future, to which Ashley said: ‘Do you know what? I’ve heard that Harry can bust a move, so maybe. You just know he’s a party boy. You know he can get down.’ 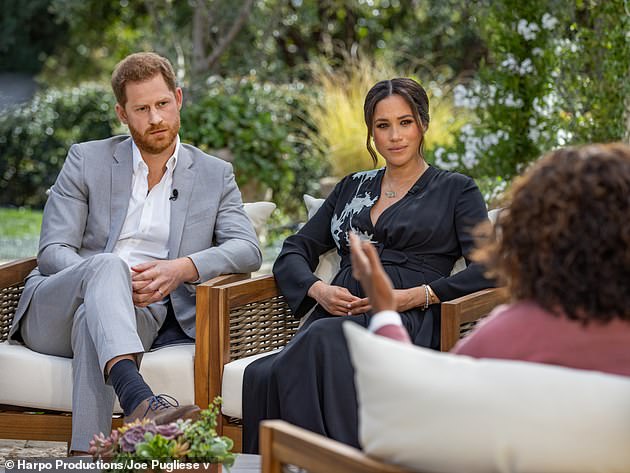 Oprah: During their bombshell interview in March, Meghan revealed a member of the royal family had raised ‘concerns’ about how dark her and Harry’s son Archie’s skin might be 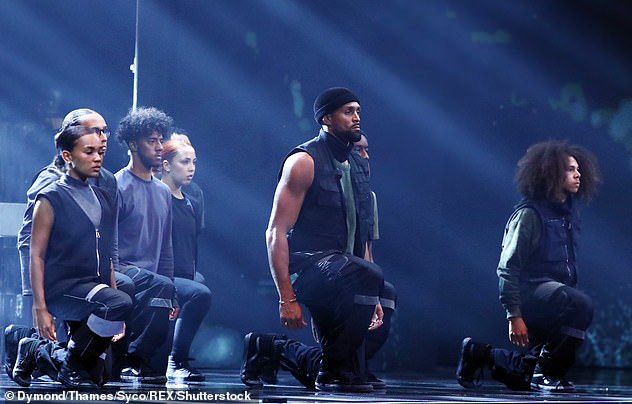 Ashley and the rest of Diversity were inundated with horrific abuse following Diversity’s BLM routine, which sparked over 25,000 complaints to Ofcom.

The dancer said the phone call from the royals was ‘much needed’ at the time as he was going through a ‘dark period’.

He said: ‘At the time the conversation was really needed. It was just one of many conversations I had that was like, got me through that sort of like really deep, like dark period.’

Discussing the struggles he felt at that time, Ashley said: ‘You feel like when you’re on socials that like so many people at you.

‘So every single message of positivity with people supporting made the difference between me thinking that the whole country was against Diversity to thinking that there was a majority of support.

‘That was basically down to the phone calls and the messages and the comments from the people that were there. So I’m forever grateful for them.’ 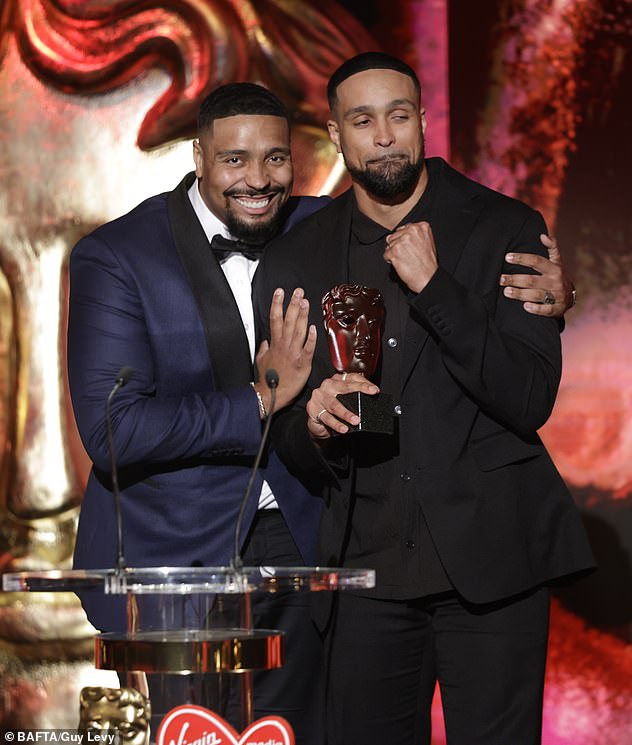 Success: Ashley and Diversity won the Must See TV Moment of 2020 at this year’s BAFTA awards for their BLM performance (pictured with brother Jordan) 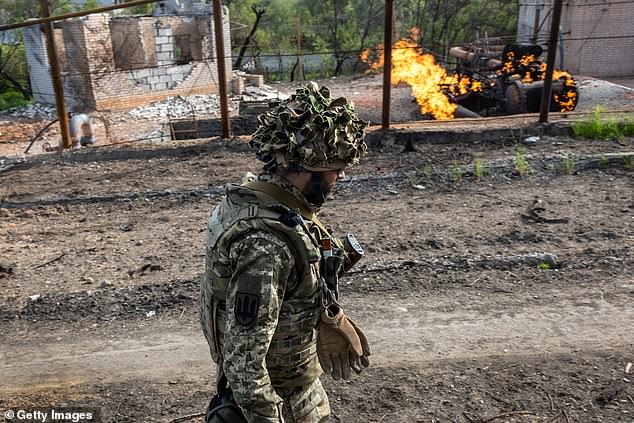 Russian forces are giving up on Ukraine’s second city of Kharkiv and retreating after weeks of bombardment and a failed effort to encircle it.  Ukraine’s general staff said the Russians were pulling back from the northeastern city and focusing on guarding supply routes, as Kyiv and Moscow’s forces engaged in a grinding battle for the country’s… 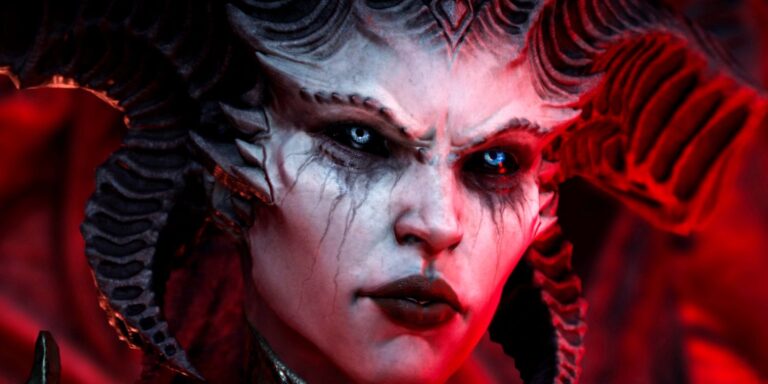 New reports suggest that Activision-Blizzard is gearing up to launch its long-awaited Diablo IV in April 2023, with a public beta also planned. CBR supports the hard work of developers and industry professionals to create the video games fans all know and love, but it’s important to remember the ongoing allegations that Activision-Blizzard is facing… 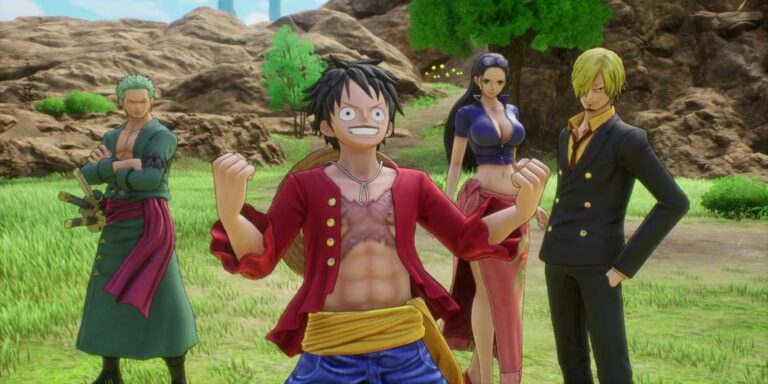 One Piece Odyssey is right around the corner, and one big question that many fans still have is where it falls along the series’ timeline. One Piece Odyssey is finally coming out soon, and it’s already caught a lot of attention from new and old One Piece fans alike. Video games from the world of… 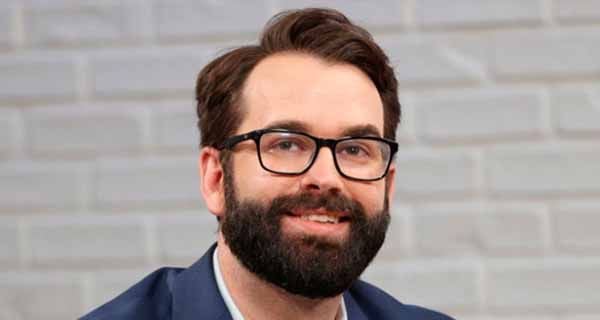 We forget by whom, but Matt Walsh was named Transphobe of the Year in 2022. He, of course, directed the hate documentary “What Is a Woman,” in which he went around and asked people, “What is a woman?” If you took high school biology today, they’d probably say the biological difference between men and women…

Thierry Henry insisted Arsenal‘s convincing victory over Tottenham was not surprising because the Gunners have regularly shown their quality against their rivals.  The Frenchman was in the crowd to watch his former side claim a 3-1 victory at the Emirates to go level on points with their rivals and pile the pressure on Spurs boss… 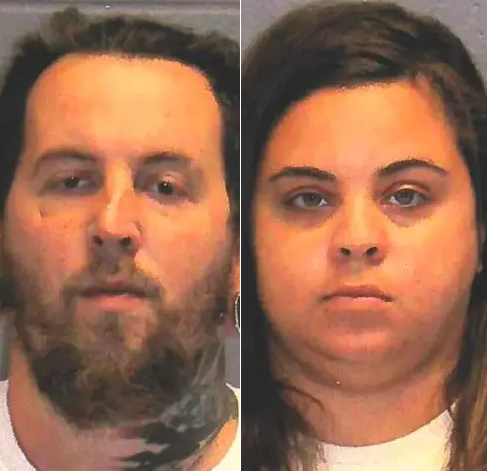 A Connecticut father is facing sickening child abuse charges for allegedly forcing his child to eat his own feces, a report said.   Kevin Grant, 33, allegedly made his children hit each other with a spiked baseball bat, according to an affidavit obtained by WFSB.   As part of the same two-year probe, Grant had…