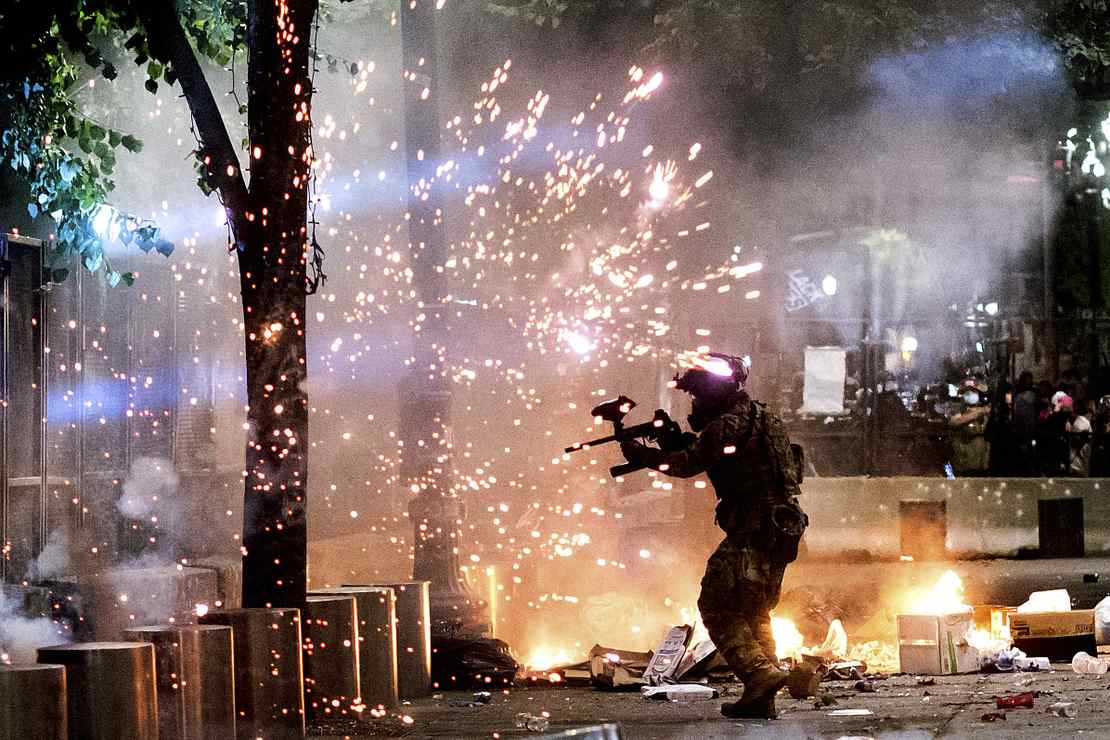 Few Antifa and BLM rioters have actually been punished for burning our cities last year and into 2021, but things may be changing. And it’s about time.

Cyan Waters Bass, who is oddly named after a Crayola crayon, will be spending the next four years in prison. Cyan, who is in his early 20s, pleaded guilty in state court last week to five charges, including first-degree arson.

Portland antifa member Cyan Waters Bass has been convicted & sentenced to 4 years in prison for throwing a firebomb at police & setting the Justice Center on fire at a riot. He’s one of the very few rioters sentenced to jail time. https://t.co/9z8TvfZncF

When Cyan was arrested, Portland police officers found he was carrying white marbles, a clear bottle of an unknown liquid, a black crowbar, a black slingshot, two lighters, and a black baseball cap. Not what people would bring to a “mostly peaceful” protest.

Cyan used the wrist rocket slingshot to damage windows in the Justice Center, a government building in downtown Portland that houses a police precinct, before using a flammable liquid to set the building on fire. The damage amounted to more than $46,000.

Cyan tried to flee as police dispersed the riot, but he stopped long enough to ignite a Molotov cocktail and chuck it at the police. He pleaded guilty to a number of crimes, including attempting to cause serious physical injury to another person by means of a dangerous weapon. By agreeing to the plea deal he will not have to face other charges, though he is still facing a federal arson charge.

Last month, Gavaughn Streeter-Hillerich drew a five-year sentence after pleading guilty to first-degree arson. The plea deal will allow him to dodge other charges. He was looking at a maximum sentence of 40 years.

According to a criminal complaint from Multnomah County, Oregon, Streeter-Hillerich was filmed attempting to set a fire inside a tire that was placed on an overturned dumpster, which had been pushed against a beauty supply store. A piece of flaming material blew out of the fire, prompting Streeter-Hillerich to pick it up and put it back in place.

An anonymous person filmed the scene, showing that Streeter-Hillerich kept lighting additional items as others placed them inside the tire.

The convictions are rare considering that half of the Portland rioters had their charges dropped and looters in New York City have skated, while people who walked through the Capitol on Jan 6 have languished in solitary confinement for months.

They’ll let these looters and killers go but cosplayers at the Capitol remain in solitary confinement. Where’s the justice? https://t.co/M1pQV3slMT