Scott Morrison and Anthony Albanese have clashed on the cost of living and energy policy in the second leaders’ debate of the election.

Mr Albanese slammed the Prime Minister’s plan to ease pressure on households with one-off additional tax relief for low and middle income earners and the temporary halving of the fuel duty until September.

In the early stages of the Channel Nine showdown, the pair also talked over each other in a stoush about energy policy, with Mr Morrison claiming Labor’s plans would see power prices soar.

The first fiery moment of the night came after Mr Morrison spruiked his Budget measures to ease cost of living pressures.

Mr Albanese replied: ‘The problem with what Scott just said, the cost of living measures that he spoke about are all temporary. 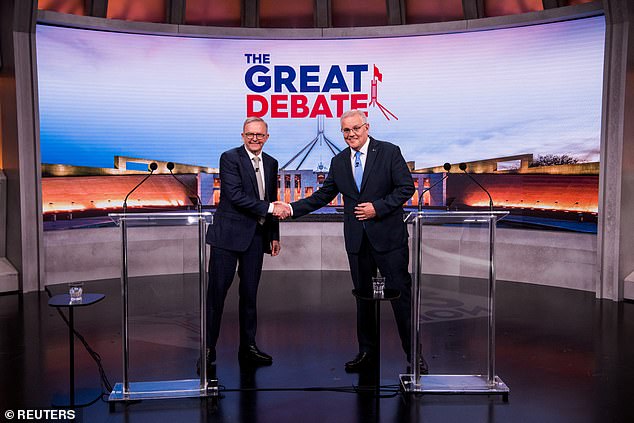 ‘They have all the sincerity of a fake tan they disappear once people have cast their vote and people are them back on their own again.’

The Labor leader said Australians need longer-lasting relief such as his proposal for cheaper childcare and policies to help increase wages.

He said it was his ‘objective’ to get wages growing through industrial relations reforms – but could not guarantee real wage increases.

In his opening statement Mr Albanese promised a ‘better future’ if he is elected on May 21.

‘A better future is within our reach, and if I lead, Labor interim government, this is what a better future will look like,’ he said.

‘We will have cheaper childcare, we will have stronger Medicare including with cheaper medicines to make it easier to see a doctor. We will have more secure work and we have a plan to lift wages.’

Mr Morrison urged voters to stick with him if they wanted a ‘strong economy’. 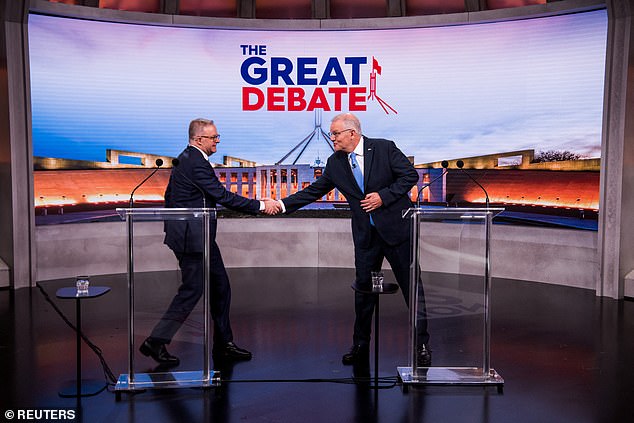 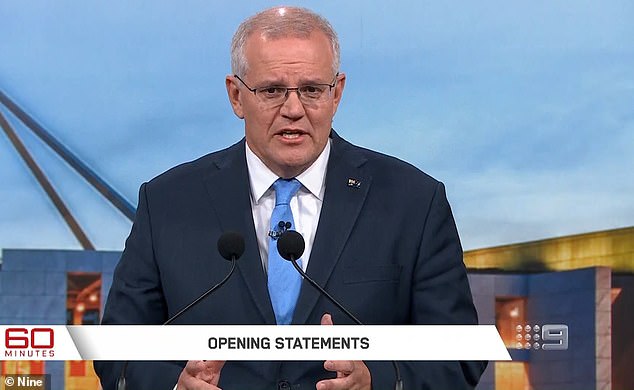 ‘What you know about the government and what you don’t know about the Labor Party and the opposition who have had three years to tell you but haven’t.

The debate comes after a busy weekend campaigning for the two leaders.

Mr Morrison on Sunday announced a $53 million package to help slash the cost of IVF for would-be mums and dads.

Mr Morrison said he understands the hurdles and difficulties many Australians face in trying to have children, after his own family’s IVF journey.

‘I want to help thousands more Australians achieve their dream of becoming parents,’ he said.

Around 50,000 patients received Medicare-funded assisted reproductive technology services in 2020-21, including through IVF, and now patients with cancer or people at risk of passing on genetic diseases will have their egg, sperm or embryo storage subsidised for the first time. 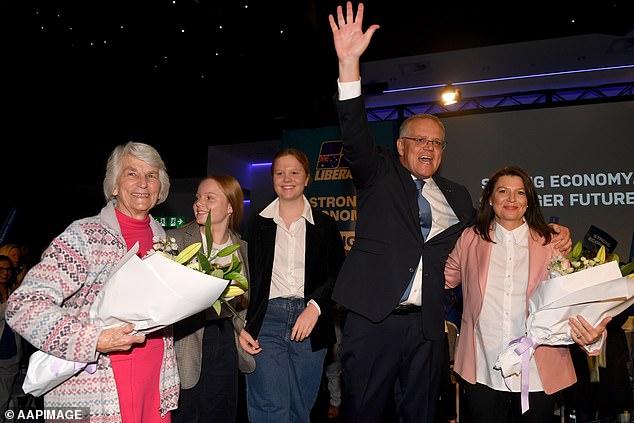 ‘For people battling cancer or staring down the risk of genetic diseases it’s already a difficult battle and this new subsidy will help give them more options about their aspirations to become parents,’ Mr Morrison said.

‘Right when these aspiring mums and dads need help the most, we’ll be there.’

A Labor government will help playgroups recover from the Covid-19 disruptions and expand their network across Australia.

‘We know that over 90 per cent of human brain development occurs in the first five years,’ Mr Albanese said.

‘Playgroups play a critical role in that development with kids learning together and developing social skills, as well as creating a vital network for parents.’

‘On Mother’s Day, I can’t think of a better way to come out of the pandemic than by strengthening the communities that are built for mums and kids through increasing funding to grow and support playgroups all over the country.’ 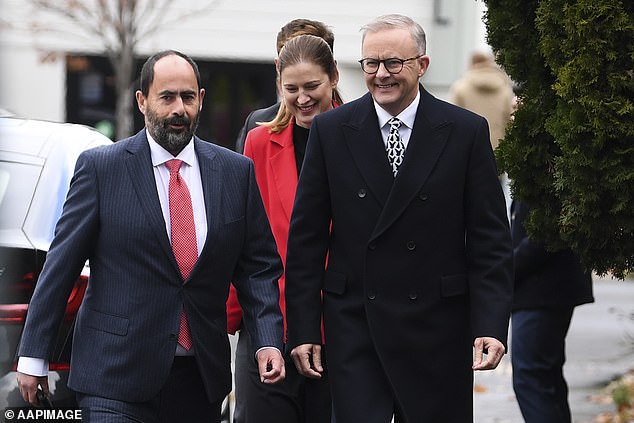 21 May 2022Idina Menzel wants to star in the movie adaptation of ‘Wicked.’Idina Menzel jokes that she could reprise...

The Aquaman entertainer is acquiring a lot of consideration...
- Advertisement -